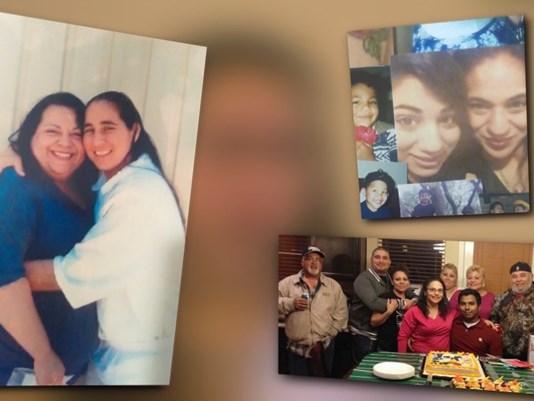 The Texas Court of Criminal Appeals ruled that the so-called “San Antonio 4” -- Elizabeth Ramirez, Kristie Mayhugh, Cassandra Rivera and Anna Vasquez -- were innocent. The decision will allow the criminal records of all four women to be expunged.

The women were convicted in 1998, after two of Ramirez’s nieces, ages 7 and 9, accused them of holding them by the wrists and ankles, sexually assaulting and threatening to kill them in 1994. One of the nieces later recanted, saying another family member threatened her into making the statements.

CBS affiliate KENS reports that Ramirez was babysitting her two nieces, who were 7 and 9 years old at the time, while the other three women were visiting at her apartment.

About four months after that night, in November 1994, the 20-year-old and pregnant Ramirez remembers a knock at her door.

“I was at home in my apartment, and a detective came knocking at the door and asked to speak to me,” Ramirez previously told KENS. “He asked if I knew Javier, Stephanie and Vanessa, and I was like, ‘Yeah, that’s my brother-in-law and my nieces.’ And he said, ‘Do you know they accused you of sexually assaulting them?’ And I was like, ‘No.’ And he said, ‘Do you know why they would do that?’ And I said, ‘No, I have no idea because it never happened.’”

Mike Ware, an attorney with the Innocence Project who represented the women, said the women were “ecstatic” after learning about the ruling. The nonprofit, which investigates possible wrongful convictions, took on the case more than a decade after the women were convicted.

“It’s going to be a very good Thanksgiving for all four of them,” he said. “The court has issued a very well-reasoned and excellent opinion. Really a courageous opinion.”

The ruling declares the women’s “actual innocence” and makes them eligible to seek millions of dollars from the state under a law allowing compensation for the wrongfully imprisoned. Ware said he will ask the court to quickly issue a formal mandate, after which the women would be able to file a claim with the state that, if granted, would pay each of them $80,000 for each year spent in prison.

Ramirez was given a 37-year prison sentence, while Mayhugh, Vasquez and Rivera each got 15-year sentences after being convicted. Vasquez was paroled in 2012, and the other three women were released in 2013 after challenges were raised about expert testimony.

But the court’s opinion on Wednesday relied heavily on the niece who recanted her testimony. The opinion said the two girls’ testimony was so intertwined that a jury could not rely on one without the other. The court also said the “newly available evidence of innocence undermines the legally sufficient, but hard-to-believe versions of events that led to the convictions of these four women.”

A concurring opinion by two other Texas Court of Criminal Appeals judges would also grant exoneration based on the challenges to the expert testimony and recantation. The opinion said “no reasonable juror would have convicted them” considering those factors and other “weak and contradictory” testimony presented at their trials.