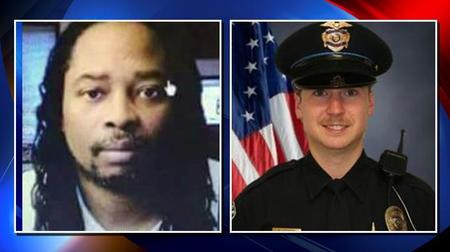 CINCINNATI -- The family of a man shot and killed by a University of Cincinnati police officer who pulled him over for not having a front license plate has reached a $5.3 million settlement with the school.

The deal announced Monday gives the family of Samuel DuBose $4.85 million and promises free undergraduate tuition for his 12 children. The agreement also provides for a memorial commemorating DuBose and an apology from the university.

The 43-year-old DuBose was shot and killed behind the wheel of his car on July 19 during a traffic stop near campus. Officer Ray Tensing has been charged with murder in DuBose's death.

Tensing has pleaded not guilty. His attorney says Tensing feared being dragged under the car as DuBose tried to drive away.

The shooting was "entirely preventable," according to a report released in September by the University of Cincinnati. The report found that Tensing's initial interaction with DuBose was appropriate but he then "made critical errors in judgment and exercised poor police tactics that created a hazard of serious bodily injury or death and heightened the risks of a dangerous escalation."