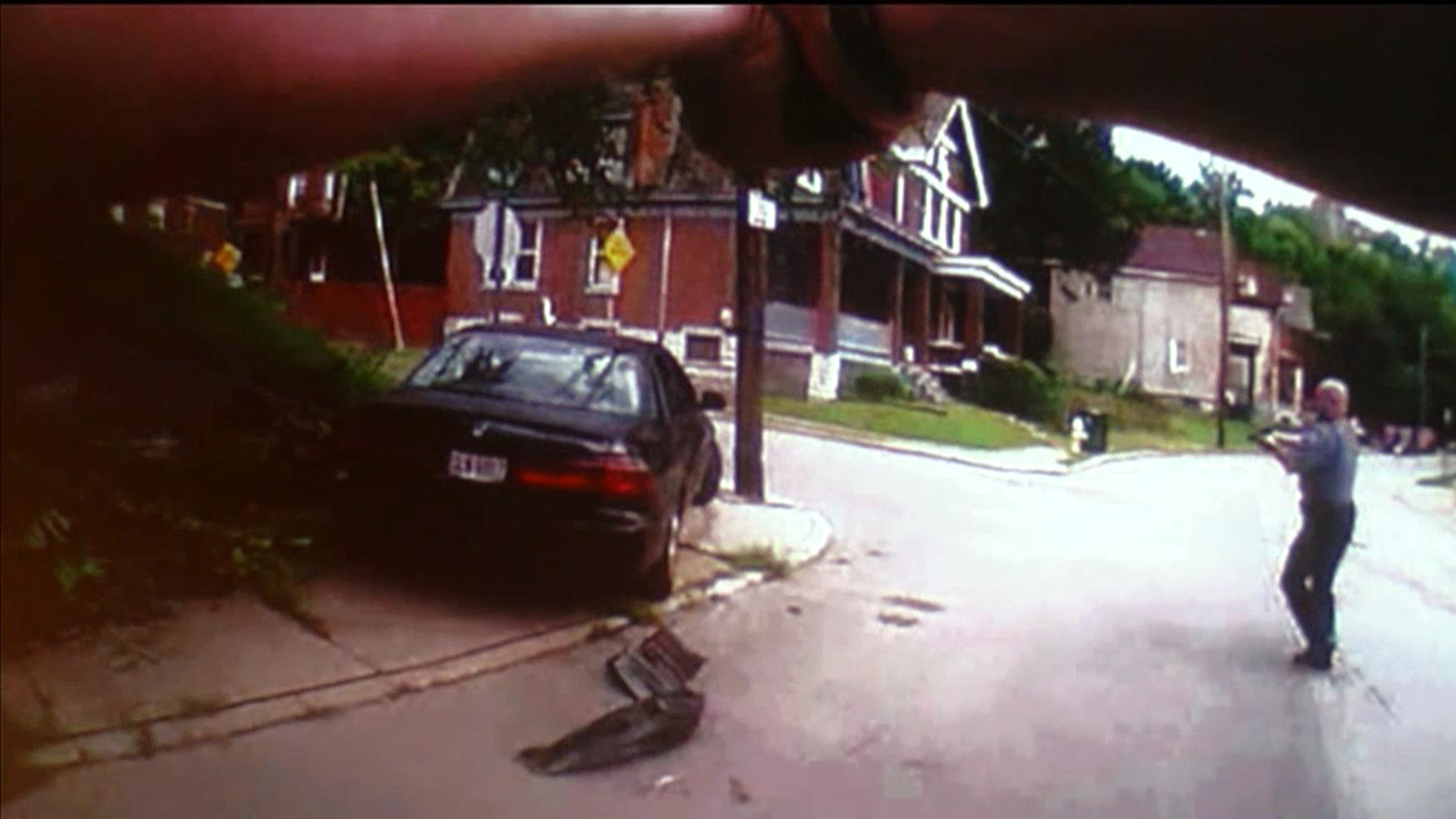 CINCINNATI -- A University of Cincinnati officer who shot a motorist during a traffic stop over a missing front license plate was indicted Wednesday on a murder charge, with a prosecutor saying the officer "purposely killed him" and "should never have been a police officer."

Hamilton County Prosecutor Joe Deters announced the grand jury indictment at a news conference to discuss developments in the investigation into the July 19 shooting of 43-year-old motorist Samuel DuBose by Officer Ray Tensing.

Authorities have said Tensing spotted a car driven by DuBose and missing the front license plate, which is required by Ohio law. They say Tensing stopped the car and a struggle ensued after DuBose refused to provide a driver's license and get out of the car.

Tensing has said he was dragged by the car and forced to shoot at DuBose. He fired one shot, striking DuBose in the head.

But Deters dismissed Tensing's claim that he was dragged by the car and suggested that he shouldn't have pulled DuBose over to begin with.

"He fell backward after he shot (DuBose) in the head," Deters said, adding that it was a "chicken crap" traffic stop.

On footage released from the body-camera video Wednesday, the officer could be heard asking for DuBose's driver's license several times with DuBose at one point saying he had one. Later, DuBose said, "But I don't think I have it on me. "

Tensing asks DuBose to unbuckle his seat belt. About that time Tensing appears to be trying to open the door, and DuBose puts his hand on the door and leans away from the door. Then the video becomes shaky, but a gunshot can be heard and DuBose appears to be slumped in the seat before the car moves away.

The University of Cincinnati said it fired Tensing after his indictment. Tensing turned himself in Wednesday afternoon at the Hamilton County Justice Center and was processed on charges of murder and voluntary manslaughter.

Mathews said earlier Wednesday that he thought an indictment was likely "given the political climate" and comments made by city officials. But Mathews said given the evidence he's seen, he doesn't believe there should be an indictment.

DuBose's death comes amid months of national scrutiny of police dealings with African-Americans, especially those killed by officers. DuBose was black. Tensing is white. Authorities haven't indicated whether race was a part of the investigation.

A demonstration held Wednesday evening by the activist group Black Lives Matter drew a large crowd outside the Hamilton County courthouse. The rally appeared peaceful, with some people holding up signs calling for justice for DuBose.

DuBose's family had been pressing for the release of the body-cam video, and news organizations including The Associated Press had sued Deters to get it released under Ohio open records law, but Deters released it before any ruling had been made.

"Seeing that video let me know that my son did absolutely nothing... nothing to provoke this man," she said.

"He purposely killed him," Deters said. "He should never have been a police officer."

The prosecutor also said he thought it was time to reconsider the UC police department's role.

"I don't think a university should be in the policing business," Deters said.

The UC officer made the traffic stop near the university's main campus, and UC police have said the intersection was within the campus police's jurisdiction.

The University of Cincinnati on Wednesday closed its main campus in anticipation of grand jury action in the case.

Mark O'Mara, attorney for DuBose's family, called for a "peaceful and nonaggressive" response from the community after the officer's indictment. O'Mara said the family wanted a peaceful reaction because "Sam was a peaceful person."

Tensing has more than five years of experience in law enforcement and has worked as a University of Cincinnati police officer since April 2014, said Jason Goodrich, UC police chief. His annual performance review this April noted that he was extremely strong in the traffic area and maintains control of his weapons and of "situations he is involved in."

Tensing formerly worked as an officer in the small Cincinnati suburban village of Greenhills.

Deters said when he saw the video of the shooting, he was shocked.

"I feel so sorry for this family and what they lost," Deters said. "And I feel sorry for the community, too."

Tensing will be arraigned on murder charges Thursday. If convicted, Tensing could face up to life in prison.