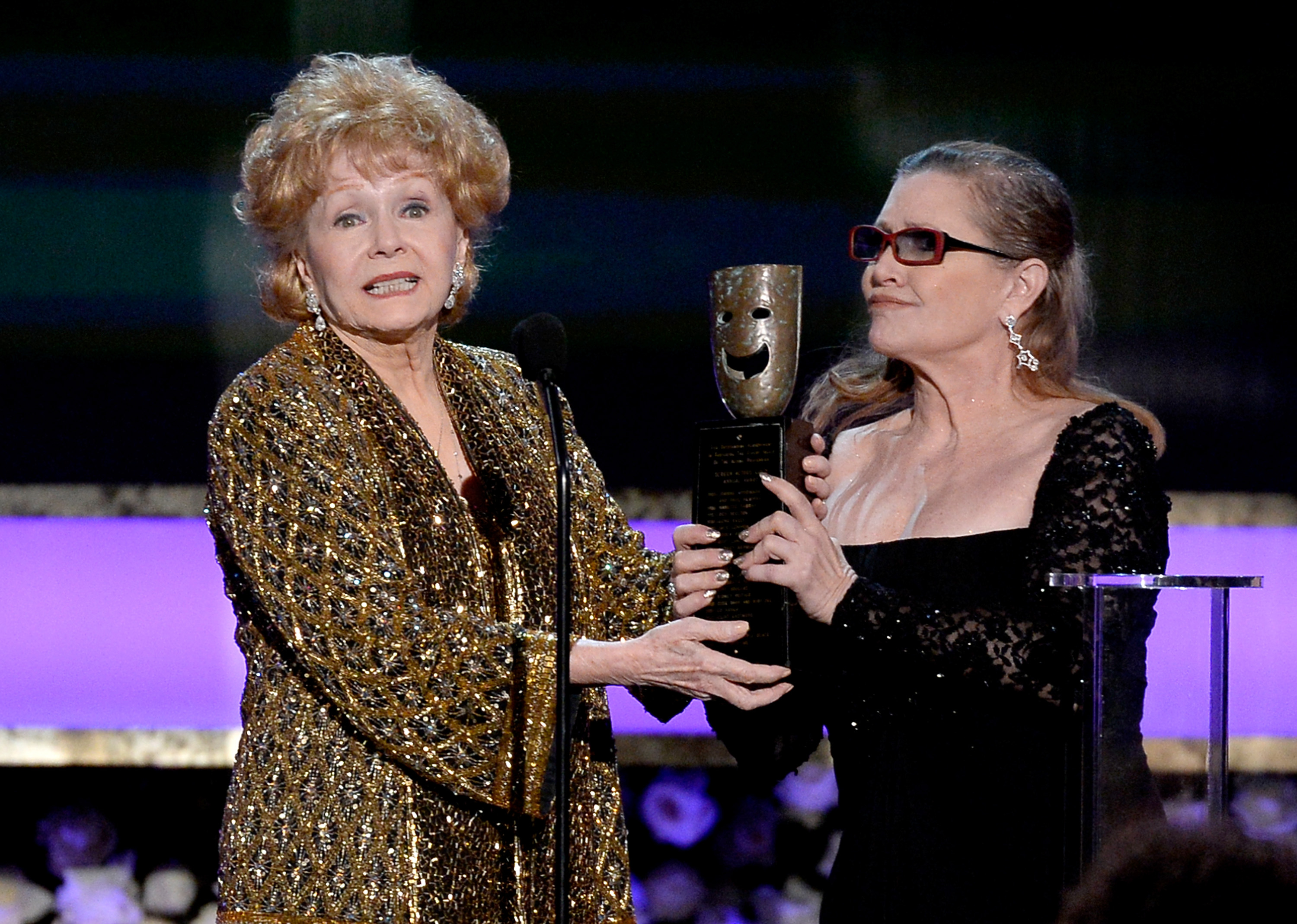 Debbie Reynolds gave a somewhat rambling -- yet charming -- speech Sunday while accepting the lifetime achievement honor at the 2015 SAG Awards.

The 82-year-old screen and stage veteran reminded the crowd (a few times) that her all-time favorite role was "Singin' in the Rain."

She was introduced by her daughter, actress Carrie Fisher.

"She has been more than a mother to me, not much, but definitely more. She's been an unsolicited stylist, interior decorator and marriage councilor," Fisher said. "Admittedly, I found it difficult to share my mother with her adoring fans, who treated her like she was part of their family. She has led two lives, public and private, sometimes concurrently, sometimes not."

While accepting the honor, Reynolds noted she's been in show business for 66 years and she was very excited to be at the awards.

She also embarrassed Fischer with a story, recalling that her bun in the famous musical led her to warn her daughter ahead of playing Princess Leia in "Star Wars."

"I said, 'Well, Carrie, be careful of any weird hairdos,'" said Reynolds. "So luckily George [Lucas] gave her two buns."

Reynolds' first major co-starring role was in 1952 in "Singin' in the Rain," where she sang and danced with Gene Kelly. She later danced with Fred Astaire in "The Pleasure of his Company" in 1961.

Reynolds' career began when she was signed by Warner Bros. after being crowned Miss Burbank at 16.