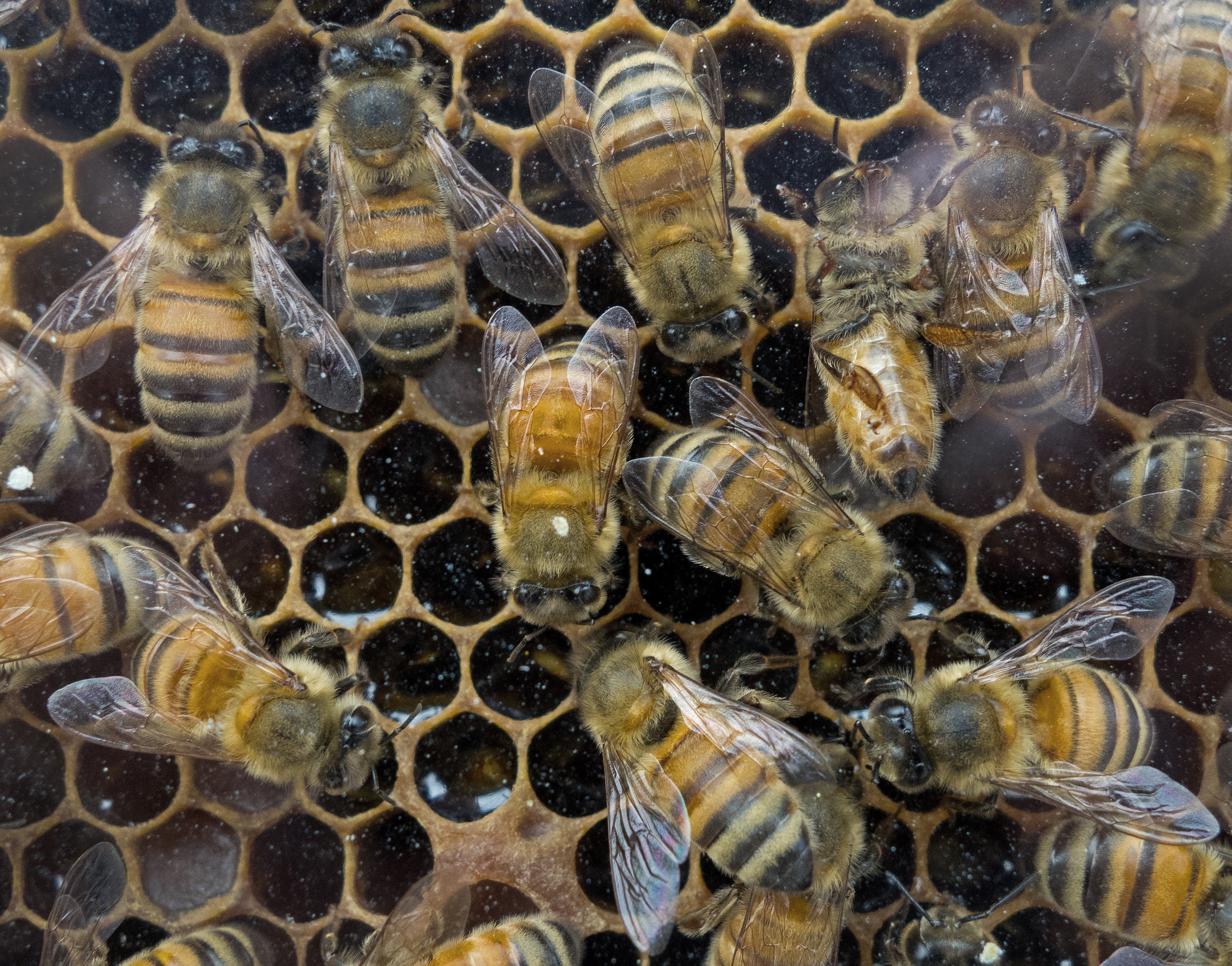 The past decade has been a rough one for honey bees in the United States. Bee colonies have been dying off in high numbers, with suspicion falling on agricultural pesticides like herbicides and fungicides, as main factors behind the declines. Now, a new study out of the University of Maryland is the first to look at how a “cocktail” of all of various pesticides could be impacting bee colonies over time. Past research has only examined these pesticides individually.

The study appeared online recently in the journal Nature Scientific Reports, and it reveals some unexpected findings.

“Our results fly in the face of one of the basic tenets of toxicology: that the dose makes the poison,” study senior author Dennis vanEngelsdorp, an assistant professor of entomology at the University of Maryland, said in a press release. “We found that the number of different compounds was highly predictive of colony death, which suggests that the addition of more compounds somehow overwhelms the bees’ ability to detoxify themselves.”

The study looked at 91 honey bee colonies that were owned by three migratory commercial beekeepers over one farming season. The intrepid bee colonies started their migration in Florida and moved up along the East Coast as they pollinated, crop to crop. These busy bees also made stops in areas for honey productions and holding areas where beekeepers store large colonies for “pollination contracts.”

The research team examined 93 pesticide compounds that were found in the colonies throughout the season. These compounds were found building up in the bees’ wax in processed pollen, which is called “bee bread.” The team also found evidence of the pesticides in the bodies of nurse bees.

What did the researchers find? Unfortunately, all three measures corresponded with a higher probability of colony death or the loss of the queen bee. The team found that pesticides accumulated the most early on in the agricultural season, not long after beekeepers released the colonies into flowering crops. So, when the bees were deployed to pollinate blueberry and apple crops, for instance, they were being exposed the most to harmful pesticides.

The study also found that some fungicides – which have led to high mortality of honey bee larvae in labs – might be toxic to colonies outside in the field.

“We were surprised to find such an abundance of fungicides inside the hives, but it was even more surprising to find that fungicides are linked to imminent colony mortality,” lead author Kirsten Traynor, a postdoctoral researcher in entomology at the University of Maryland, said in the release. “These compounds have long been thought to be safe for bees.”

Interestingly, the researchers drew inspiration from cancer research when conducting the study. In looking at pesticide impact on bee mortality, the team looked at what is called the “exposome,” which is known as the sum total of chemicals an organism is exposed to over the course of its life. Unlike with a cancer patient, the researchers looked at a colony as one large “superorganism,” rather than examining individual bees.

Bee colonies function as one life form, with each individual bee contributing to the colony’s overall health. When a queen dies, it proves life-threatening for an entire colony. Unless a new queen is created, the colony will die. Perhaps unsurprisingly, colonies that were exposed to high levels of contamination all lost their queens during the season, the researchers said. Those with low levels of pesticide did not.

If you are paying attention to pesticide headlines, you’ll often hear reference to neonictoinoids – compounds derived from nicotine. These are some of the most common pesticides in circulation globally. Curiously, the researchers did not find a signifiant presence of neonicotinoid-based pesticides in the decline of these colonies.

The researchers said that this study should be a wake-up call to farmers and beekeepers.