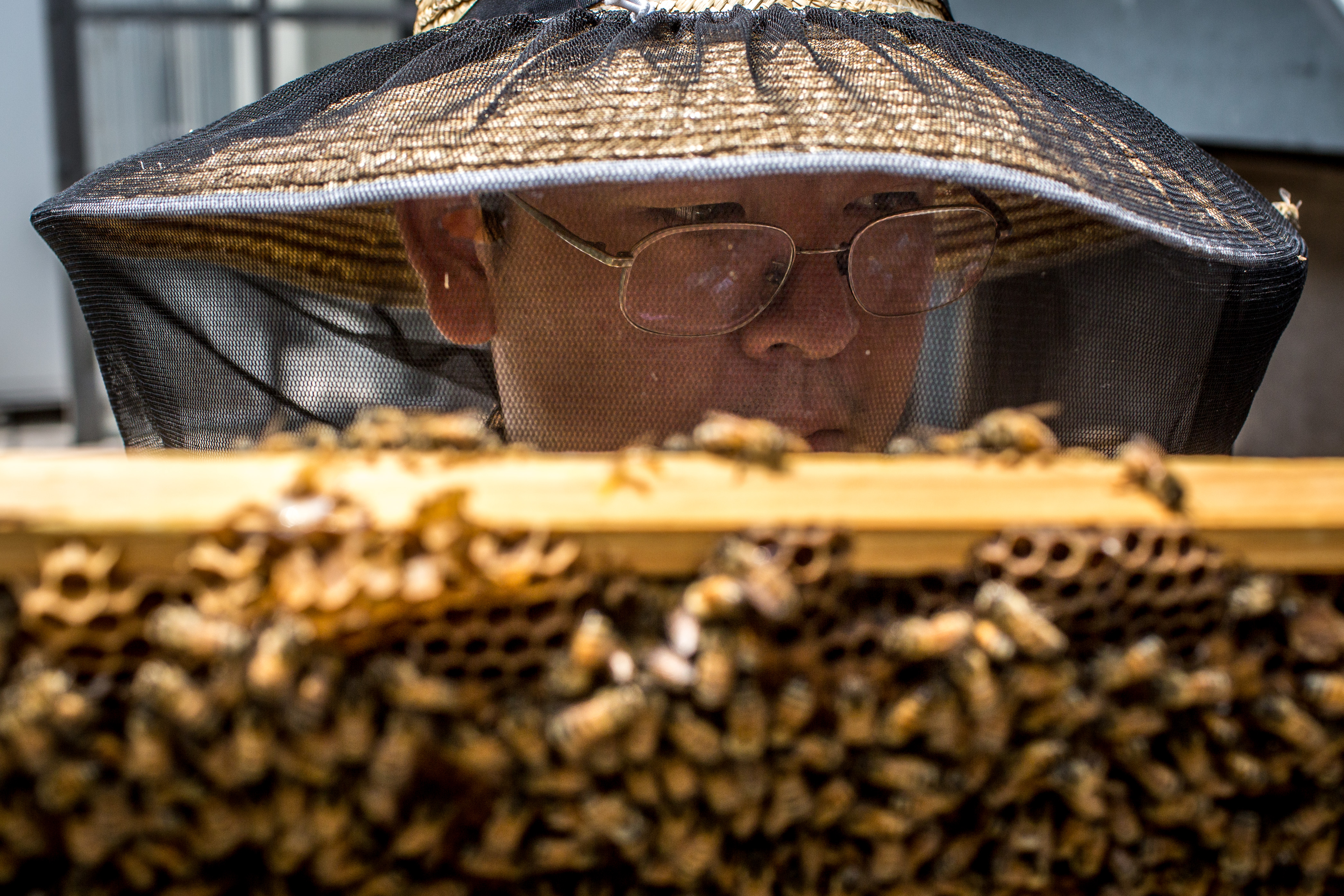 WASHINGTON -- After two years of improvement, America's honeybees had another tough and deadly winter, probably because of mites, according to a new federal survey released Tuesday.

The annual survey of beekeepers showed the winter colony loss rate was 28 percent, up from 22 percent. That's about average over the past decade but higher than the 17 percent that beekeepers call acceptable.

But it is still lower than the peak rate of 36 percent nine years ago.

"They continue not to do well and we really need to double our efforts to figure out why," University of Maryland bee scientist and survey leader Dennis vanEngelsdorp said. "Now you're losing well beyond what's normal."

The figures come from a survey by the U.S. Department of Agriculture and others. It includes 5,756 beekeepers, which represent about 5 percent of the nation's 2.7 million commercial colonies. However, University of Montana bee scientist Jerry Bromenshenk questioned the reliability of the results because the survey relies on self-reporting. Based on what he heard from people, Bromenshenk suspects losses may be even bigger, especially in the East.

About one quarter of our diet comes from plants pollinated by honeybees.

Perhaps even more alarming is that honeybee deaths in the summer now match winter, which traditionally had been when most bees were lost, vanEngelsdorp said.

For 2015-2016, the overall colony loss rate was 44 percent, which is also up from the previous two years, but scientists only started surveying summer deaths in 2010.

What might be behind the losses is worsening varroa mites, just one of several problems scientists have blamed for declining bee populations. Other causes include pesticides, disease and poor nutrition and food supply.

"Varroa was and is - and I'm afraid - will continue to be an enormous problem," said May Berenbaum of the University of Illinois, who wasn't part of the survey.

Mites kill honeybees and bring in viruses that further weaken hives. And the pesticides used to fight them can reduce immunity to other problems, Berenbaum said in an email.

VanEnglesdorp said one problem is backyard beekeeper hobbyists who don't treat their bees for mites with pesticides, even organic ones. Their hives die and survivors full of mites head to new hives, spreading the problem, he said.

The beauty and science of bubbles
View CBS News In
CBS News App Open
Chrome Safari Continue
Be the first to know
Get browser notifications for breaking news, live events, and exclusive reporting.