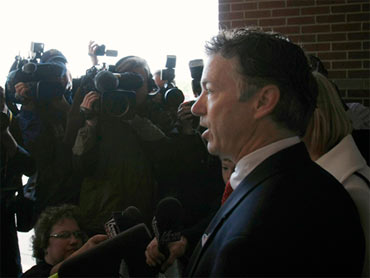 Saddam Hussein's family will publish next week a novel written by the ousted Iraqi leader before the U.S.-led war, his daughter said Friday.

"Get Out, Damned One" tells the story of a man called Ezekiel who plots to overthrow a town's sheik but is defeated in his quest by the sheik's daughter and an Arab warrior.

The story is apparently a metaphor for a Zionist-Christian plot against Arabs and Muslims. Ezekiel is meant to symbolize the Jews.

Raghad Saddam Hussein said her father finished the novel March 18, 2003 — a day before the U.S.-led war on Iraq began — and had expressed a wish to publish the book under his name. The three other novels he wrote were simply signed, "Its author."

"It was my father's will to publish this book," Raghad told The Associated Press in a telephone interview.

An Iraqi artist designed the cover, she said, and a Jordanian company will first publish the book in Arabic and follow with an English edition and a French translation.

Raghad also wrote a dedication to her father on the book's back cover.

"To the beat of the heart, to the eye and to the father of the Iraqis ... to the creator of men and heroes ... to the one who taught us all the great values," she wrote.

"You, who raised our heads high, the heads of the Iraqis, the Arabs and the Muslims ... we present to you our souls ... to the father of the heroes, to my beloved and dear father, with all my respect and glory to you."

Some Arab newspapers published excerpts of the novel last year without permission, the first of which appeared in the London-based Arab newspaper Asharq al-Awsat.

Ali Abdel Amir, an Iraqi writer and critic who has read the whole manuscript, said the novel was similar in style to the other three attributed to Saddam.

Abdel Amir said "Get Out, Damned One" describes an Arab leading an army that invades the land of the enemy and topples one of their monumental towers, an apparent reference to the Sept. 11, 2001, attack on the World Trade Center in New York by Islamic militants of Osama bin Laden's terrorist network.

Asharq al-Awsat, which published the entire work over several days last year, said the manuscript was found in the Ministry of Culture after Baghdad's fall. It said it had received its copy from Saddam's physician, Alla Bashir, who fled Iraq after the war and was believed to be in Qatar.

The novel opens with a narrator, who bears a resemblance to the Jewish, Christian and Muslim patriarch Abraham, telling cousins Ezekiel, Youssef and Mahmoud that Satan lives in the ruins of Babylon destroyed by the Persians and the Jews.

"Even if you seize all the property of others, you will suffer all your life," the narrator tells him.

Saddam also has been credited with writing three other books: "Zabibah and the King," "The Fortified Citadel" and "Men and a City."

"Zabibah and the King" tells a story of a leader who sacrifices a luxurious life for the sake of his people.

"The Fortified Citadel" described the rise to power of Saddam's Baath Party.

"Men and a City" is widely viewed as a thinly veiled autobiography, presenting him as powerful and heroic.

Saddam, 68, has been jailed under American control at a U.S. military detention complex near Baghdad airport since his December 2003 capture near his hometown of Tikrit, north of Baghdad.

He faces charges before a special war crimes tribunal that include killing rival politicians over 30 years, gassing Kurds in the northern town of Halabja in 1988, invading Kuwait in 1990, and suppressing Kurdish and Shiite uprisings in 1991. No trial date has been set. If convicted, he faces the death penalty.