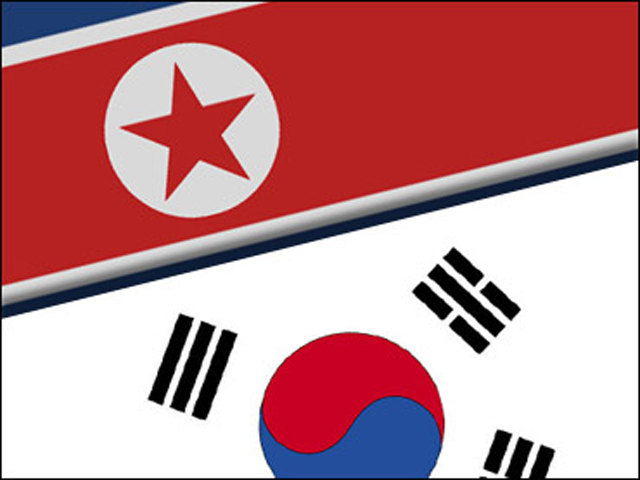 No North Korean navy ships were involved in the incident along a tense western sea boundary that the North has long refused to recognize, an official with South Korea's Joint Chiefs of Staff said, speaking anonymously because of office policy.

Violence often erupts in the seafood rich Yellow Sea waters claimed by both countries. Boats routinely jostle for position during crab-catching season, and three deadly naval clashes since 1999 have taken a few dozen lives. The disputed sea boundary is not clearly marked, and incursions by North Korean military and fishing boats are not unusual.

The Korean War ended nearly 60 years ago with a truce, not with a peace treaty, so the U.S.-led U.N. Command divided the Yellow Sea without Pyongyang's consent. The boundary favored South Korea, cutting North Korea off from rich fishing waters and boxing in one of its crucial deep-water ports. North Korea has bitterly contested the line ever since.

Pyongyang argues the line should run farther south. But for Seoul, accepting such a line would endanger fishing around five South Korean islands and hamper access to its port at Incheon.

In 2010, a North Korean artillery barrage on Yeonpyeong Island, which is near the boundary, killed four South Koreans, including two civilians. Also in 2010, an explosion ripped apart a South Korean warship in the area, killing 46 sailors. Seoul says Pyongyang torpedoed the vessel. North Korea denies responsibility.