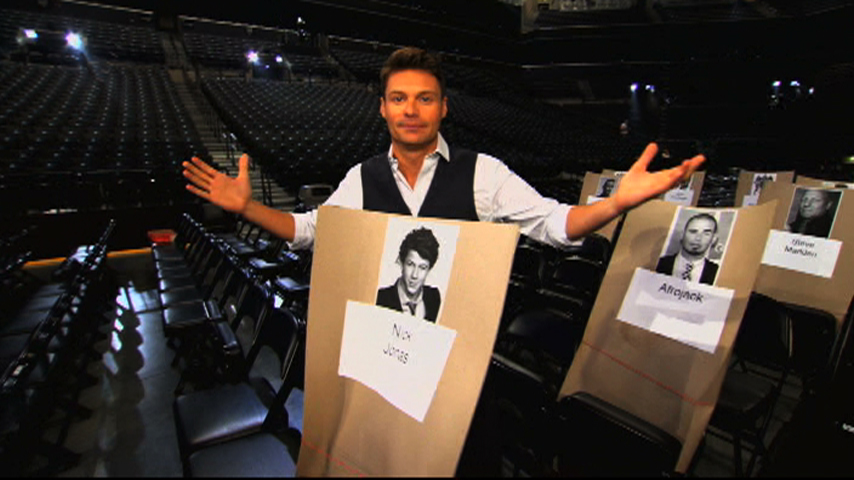 Ryan Seacrest is busy at the Barclays Center in Brooklyn, New York, as he gets set to host Fashion Rocks 2014.

The "American Idol" staple will serve as the emcee at the star-studded event, which merges the worlds of fashion and music for a night of new looks and live performances.

"I think what makes this show so special is that it all unfolds live," Seacrest told CBS News at the Barclays Center. "You never know what exactly is going to happen -- who's going to do what and who's going to not do what. And I think that's the beauty of a show like this."

The two-hour event will be executive produced by Richard Beckman, CEO of Three Lions Entertainment, and Don Mischer of Don Mischer Productions.

Seacrest says he'll be enjoying the performances along with the live audience and viewers watching at home.

"I do love music. I can't sing it. I can't perform it. But I love watching it. So all the live music is exciting," Seacrest said. "But I think for me, the best parts are the parts you don't know are going to happen. That's what live TV, these big events, are all about."

Seacrest managed to stay tight-lipped about any surprises he and the show's organizers might have in store. "I'm not sure what the best part will be, but we'll find out together live," Seacrest said.

Watch the video at the top of this story to get a behind-the-scenes tour from Seacrest.