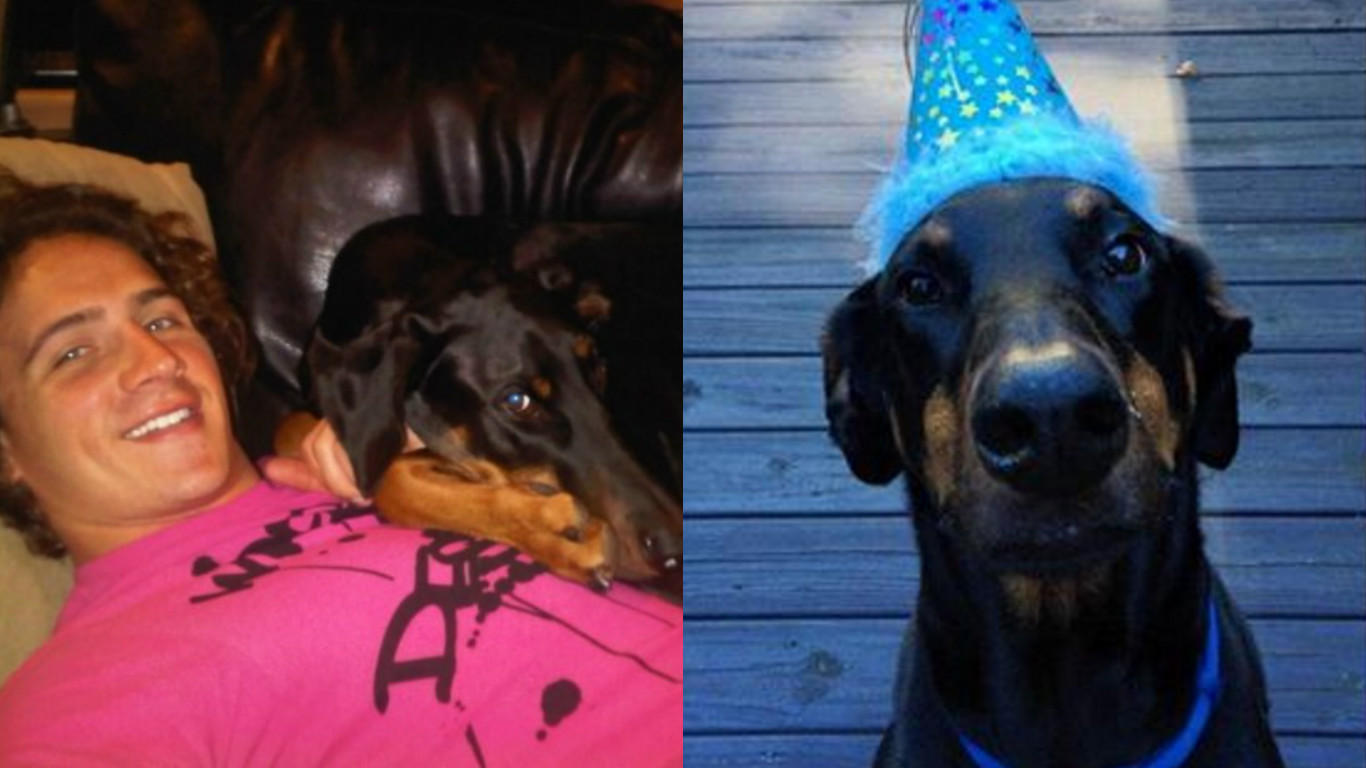 Twelve-time Olympic medalist Ryan Lochte has had a year full of ups and downs.

Sure, he won gold. But a false robbery scandal that made international headlines forced Lochte to leave the Rio Olypmics in disgrace. Then, he lost millions of dollars in sponsorship deals.

Things started looking up for the swimmer when he landed a spot on ABC’s "Dancing with the Stars," where he is still competing. And earlier this month, he got engaged to his girlfriend, former Playboy model Kayla Rae Reid.

He has another bright spot in his life: his dogs Carter and Yeezy, whom Lochte posts about often on social media.

But a post over the weekend caught the eye of one Twitter user and may represent a slight snag in his recent upward momentum. On the surface, it looked like a perfectly sweet post — Lochte wishing his beloved Doberman, Carter, a happy 8th birthday. The problem? Lochte has done that exact same thing on October 23rd every year since 2014. This appears to be Carter’s third 8th birthday.

Either Carter has found the fountain of youth, or Lochte can’t keep track of when his dog was born.

Lochte has now deleted this year’s original celebratory tweet and replaced it with one wishing Carter a happy 9th birthday.

He didn’t delete it soon enough, though, and now the internet won’t let him forget it.

Tony Dow on life beyond "Leave It to Beaver"
Cydney Adams