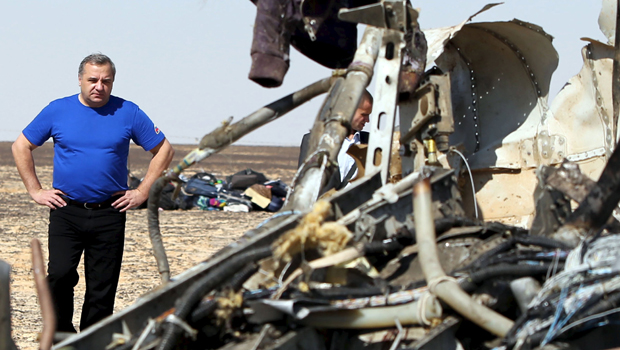 CAIRO -- Members of a Russian search and rescue team that was brought to Egypt after the Oct. 31 Russian plane crash in the Sinai Peninsula have left the country to return to Moscow.

The team of 48 left on Wednesday. It had been recovering bodies at the crash site in Sinai's Hassana area, some 44 miles south of the peninsula's city of el-Arish.

The plane crashed shortly after takeoff from the Sinai resort of Sharm el-Sheikh en route to St. Petersburg. All 224 people aboard the plane were killed.

Other Russians remain in Egypt as part of the investigation committee seeking to determine the cause of the crash.

U.S. and British officials have cited intelligence reports as indicating the passenger plane was likely downed by a bomb on board.

CBS News correspondent Allen Pizzey reported the focus of the investigation into the crash has turned to airport staff and others who may have had access to the plane.

Even in the capital city Cairo, international teams were inspecting baggage and cargo handling, and passenger screening operations at the main airport Tuesday, the Egyptian government said.