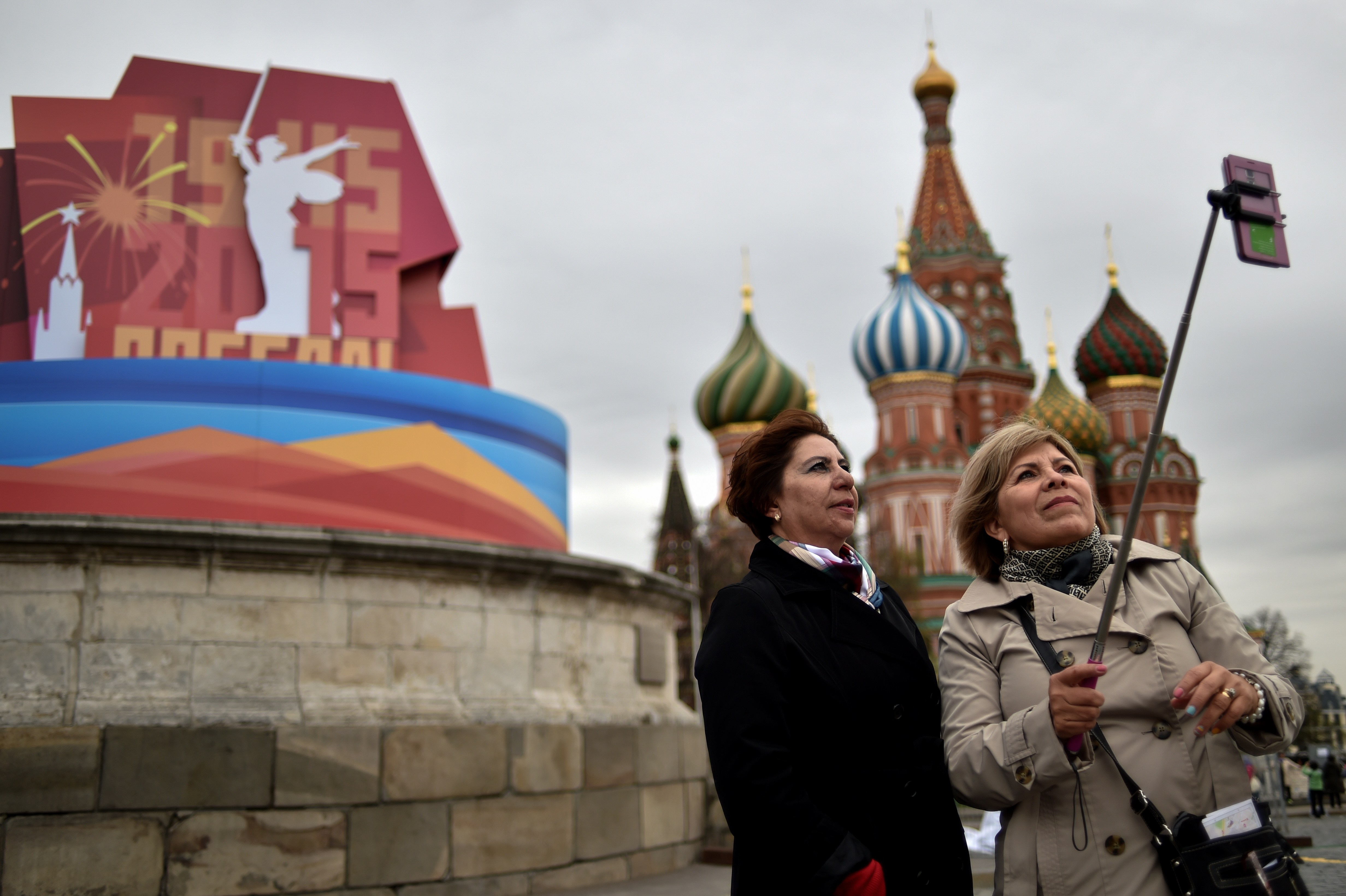 Alarmed by the number of Russians who have been killed while taking photos of themselves with smartphones, Russian police have started a new campaign called "Safe Selfies."

The instructions issued Tuesday warn against standing on railroad tracks, climbing onto roofs or posing with a gun or a tiger.

These are some of the ways that police say at least 10 Russians have been killed and 100 injured while taking selfies this year.

The most recent death occurred last week when a woman fell from a bridge in Moscow.

Police spokeswoman Yelena Alexeyeva said "along with the advantages of the modern world there are also new threats. We want to remind citizens that the pursuit of 'likes' in social media can put them on the road to death."

The police will hand out its selfie-safety memo to students and at public events, according to the Russian Ministry of Internal Affairs.

The U.S. is not immune to the dangers of selfies.

Earlier this month, the New York City Police Department responded to a Kentucky tourist who climbed the Brooklyn Bridge to take pictures of himself. And Disney theme parks banned selfie sticks citing safety concerns after a cellular self-portrait artist prompted a roller coaster to be shut down mid-ride.

Earlier this year, New York state imposed a new law effectively putting the kibosh on selfies with tigers by prohibiting direct contact with those and other big cats. Similar laws exist in a few other states, including Kansas, where a 17-year-old girl was killed by a tiger in 2005 while taking a photo with it.