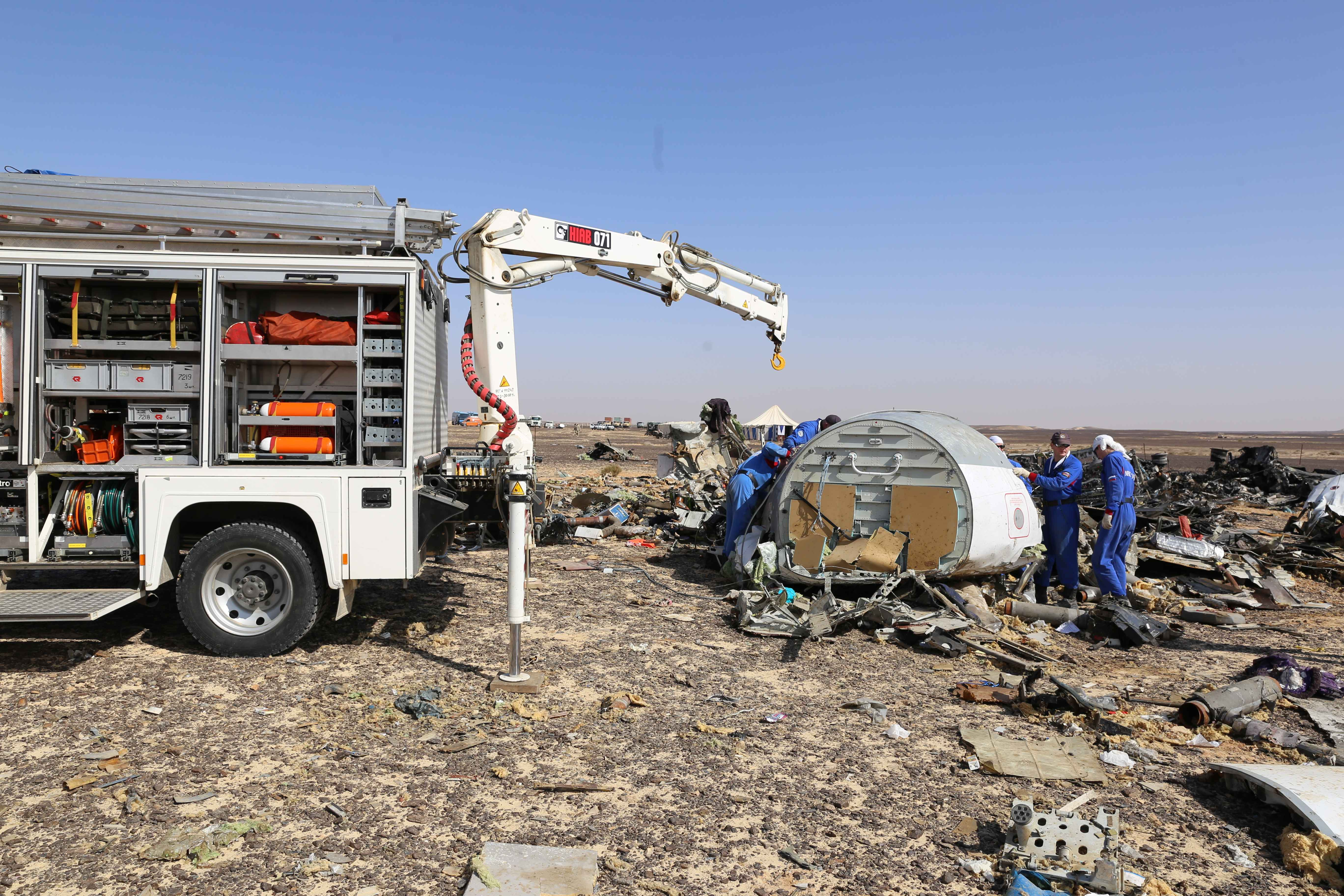 CAIRO -- Work has begun in Egypt to decode information from the flight data and cockpit voice recorders -- the so-called "black boxes" -- from the Russian jetliner that came apart in the sky and then crashed down into Egypt on Saturday, but officials caution the process will take some time, and they're urging patience.

Russian officials said the effort would continue for at least two more days, but could be extended if necessary.

The search on Tuesday yielded some small parts of the Metrojet Airbus A321 passenger jet, passengers' personal belongings, and fragments of human remains.

More than 30 bodies have now been identified.

All public events in Russia on Wednesday were to begin with a minute's silence to honor the 224 victims of the air disaster.

Russian media, citing sources within the investigation, have reported that bodies of passengers from the rear section of the plane have different injuries than those sitting in the forward section.

The tail section was found nearly three miles from the main fuselage, reinforcing the theory that it could have broken off in flight due to damage caused 14 years ago when the plane suffered what is known as a "tail strike," the tail of the plane hitting the ground before the wheels on landing.

A bomb could have the same effect, but with no firm evidence so far of an explosion other than two flashes picked up by a U.S. infrared satellite, Russian officials are warning against speculation.

An ISIS affiliate in Sinai continues to claim responsibility, meanwhile. The group posted a new audio message online Wednesday titled "We took it down, so die in your rage."

The group said it would explain how it claims to have downed the plane, but did not offer any hints as to that explanation in the message released on Wednesday.

U.S. intelligence officials don't believe ISIS has the capability to shoot down a plane at cruising altitude, but they have not thus far been able to rule out the possibility that someone might have placed some sort of explosive device on the aircraft.