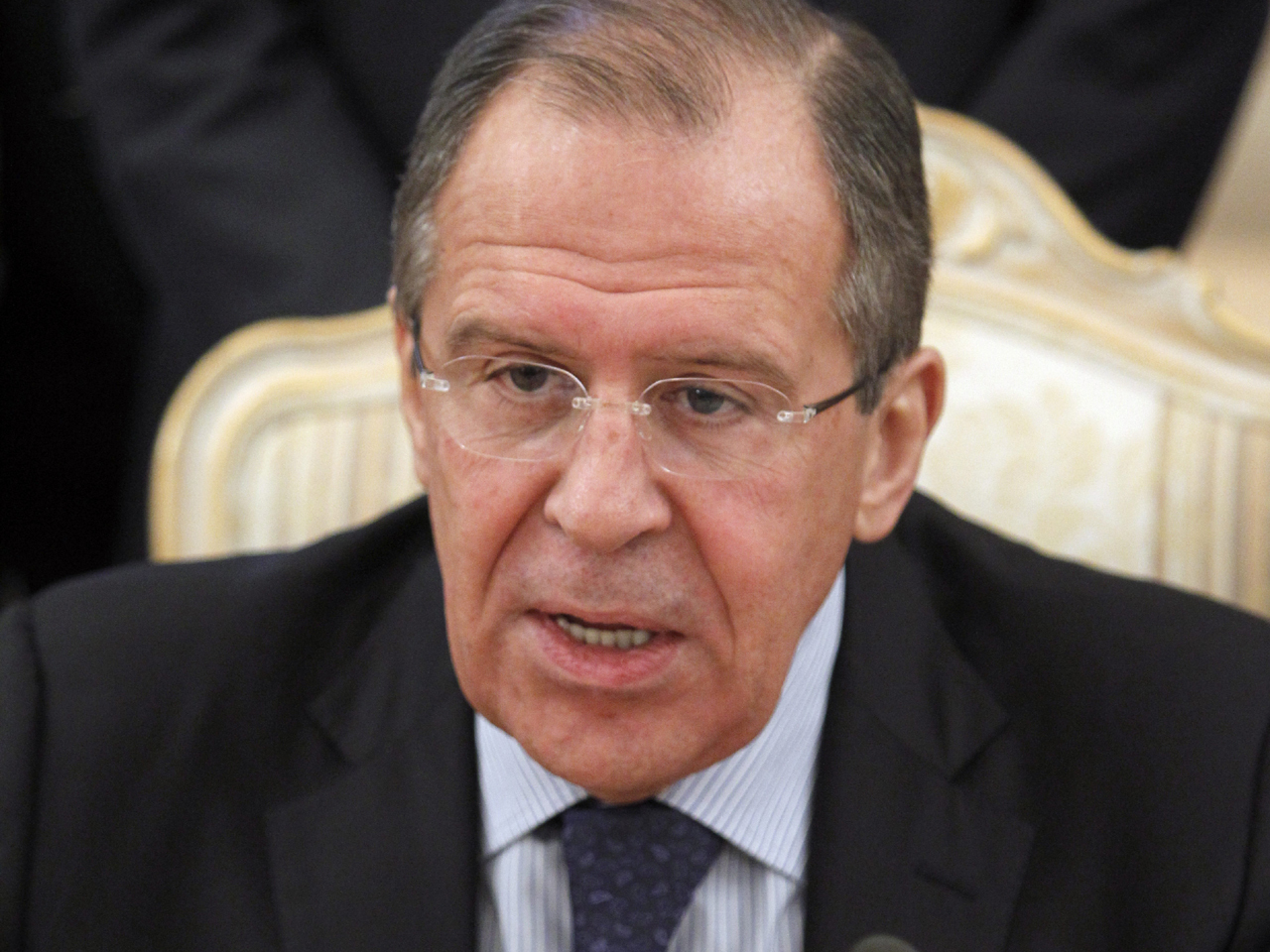 (AP) MOSCOW - Russia said Tuesday it's ready to support a United Nations resolution endorsing Kofi Annan's plan for settling the Syrian crisis, signaling it is prepared to raise the pressure on its old ally.

Russia's Foreign Minister Sergey Lavrov warned that the resolution shouldn't turn into an ultimatum to the Syrian government, setting the stage for tough bargaining over the wording of the document at the U.N. Security Council. But Lavrov's statement appeared to indicate growing impatience with Syrian President Bashar Assad.

Russia and China have twice shielded Assad's regime from the U.N. sanctions over its yearlong crackdown on protesters, in which more than 8,000 have died. But the Kremlin has also offered strong support to Annan, the former United Nations secretary-general who is joint U.N. and Arab League special envoy.

Annan has met twice with Assad earlier this month and made proposals to end the bloodshed, which haven't yet been made public.

Lavrov said that Annan's proposals should now be unveiled, adding that Moscow stands ready to back a U.N. Security Council resolution supporting it.

"The Security Council should support them not as an ultimatum, but as a basis for the continuing efforts by Kofi Annan aimed at reaching accord between all the Syrians, the government and all opposition groups on all key issues, such as humanitarian corridors, halting hostilities by all parties, the beginning of a political dialogue and offering access to the media," Lavrov said at a news conference following the talks in Moscow with his Lebanese counterpart.

Lavrov said over the weekend that Annan's plan doesn't contain a demand for Assad to step down. On Tuesday, he reaffirmed Russia's call for a simultaneous ceasefire by the government and the opposition forces.

Lavrov also said that a Russian navy oil tanker anchored at the Syrian port of Tartus is on a mission to assist Russian navy ships on anti-piracy patrols in the Gulf of Aden. He scoffed at media reports alleging a Russian military buildup in Syria, saying that the group of servicemen on board the tanker is intended to protect it from pirates in the waters off Africa's coast.

Lavrov's statement followed Moscow's strong call on the Syrian government to open humanitarian corridors that would allow the International Committee of the Red Cross treat the victims of the fighting. Moscow also urged Damascus to grant the Red Cross access to jailed protesters.

While Russia had previously backed the ICRC's call for a cease-fire, but Monday's statement from the Foreign Ministry that followed Lavrov's talks with ICRC chief was worded more strongly than the previous ones.

Speaking before Russian Parliament last week, Lavrov criticized Assad for being to slow to implement long-needed reforms and warned that the conflict in the Arab state could spiral out of control.

He also complained in a weekend interview with state television about the "unproportional" use of force by the government troops and said that Moscow disagrees with many of the decisions made by the Syrian leadership.

"We are supporting the need to start a political process, and to do that it's necessary to have a cease-fire first," Lavrov said. "Russia will do everything for that, irrespective of the decisions made by the Syrian government. We disagree with many of those, by the way."