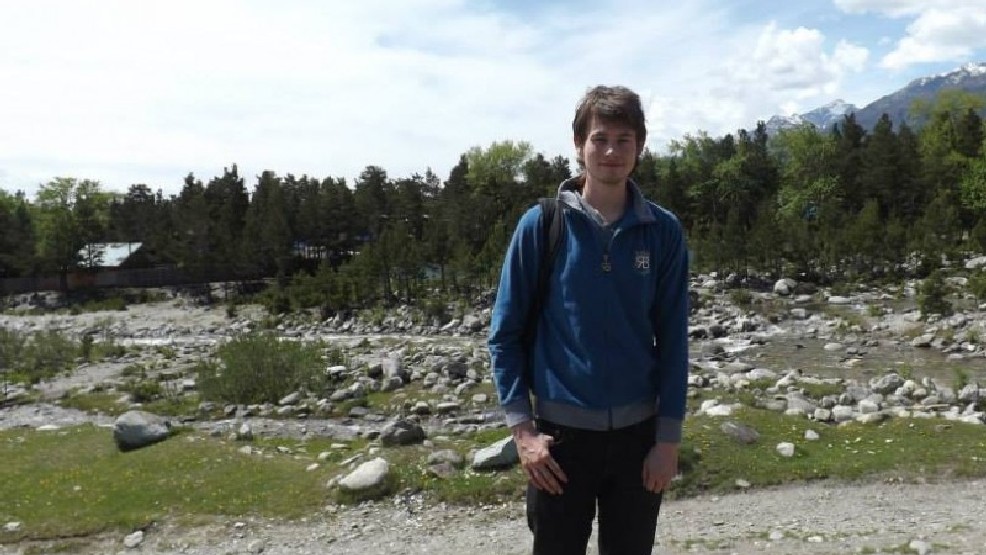 MOSCOW-- Russian police have stepped up the search for an American student who went missing on a hike in the mountains on Sunday.

Twenty-five-year-old Colin Madsen of Jefferson City, Missouri, disappeared a day after he arrived as part of a group from the east Siberian city of Irkutsk, where he was a university student.

Madsen is believed to have ventured out before dawn in below-freezing conditions from a guest house in a mountainous stretch of Buryatia in eastern Siberia. The group planned to hike in the mountains later that day.

CBS affiliate KRCG in Jefferson City reported that Madsen's friends spent a day searching for him before calling police.

Annie Madsen of Markle, Indiana, said Wednesday that her nephew apparently left the house without a coat in below-freezing temperatures while others in the guest house slept. She said her nephew is fluent in Russian and has taught English in Russia.

Police in Buryatia said in a statement Thursday that they were stepping up the search and that regional police chief Maj.-Gen. Oleg Kudinov is supervising it.

Madsen's parents were heading Wednesday to Russia to be closer to the search.

In addition to the police, members of national volunteer search and rescue teams and staff of the national park in Buryatia were involved in the search operation, which was taking place in a forest in the foothills of the Sayan Mountains.

The U.S. Embassy in Moscow had not commented on the search, but says it is following the situation closely.