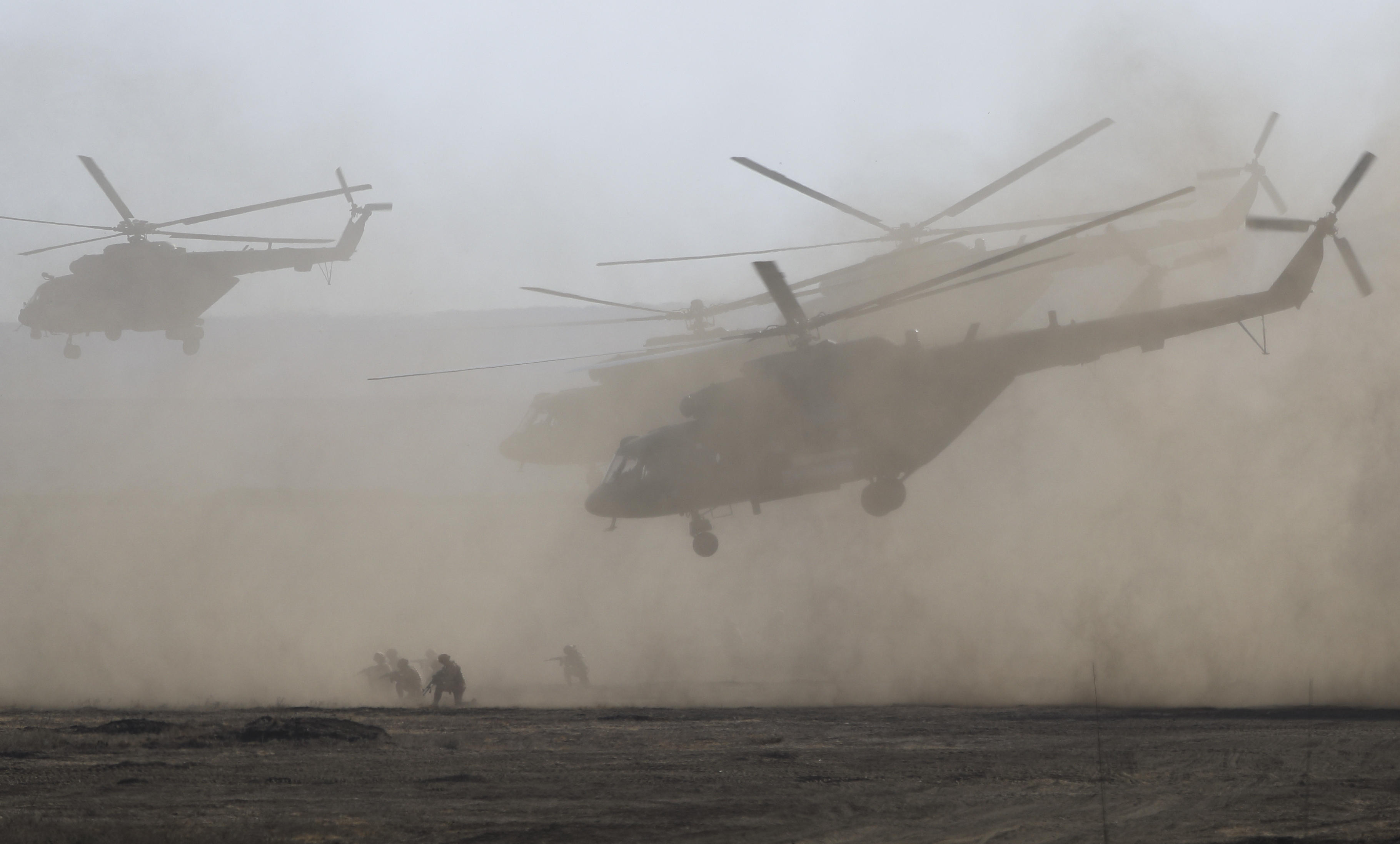 MOSCOW -- Russia's defense minister said Wednesday that the security situation near the nation's western borders had worsened because of NATO's activities, and that Russia would be adjusting its defense posture in response.

Sergei Shoigu, speaking Wednesday on a trip to Russia's westernmost Kaliningrad region, pointed at the alliance's exercise in the Baltics as an example of NATO's growing presence in the area.

He said the military would form 20 new units along its western frontiers by the year's end. Later this year, Russia and Belarus will hold the West-2017 war games -- exercises that U.S. officials have said could be made a much larger show of force by Moscow than in recent years.

Also on Thursday, Russia's deputy foreign minister said he had cancelled upcoming talks with the U.S. undersecretary of state over a new round of U.S. sanctions against Russia.

The Trump administration announced Tuesday that it had imposed sanctions on 38 Russian individuals and firms over Russia's activities in Ukraine.

The Russian Foreign Ministry on Wednesday quoted Deputy Minister Sergey Ryabkov as saying that "the situation is not conducive to holding a round of this dialogue" that was scheduled for Friday and criticized the U.S. for "not having offered and not offering anything specific" to discuss.

Russia-U.S. relations have remained tense even as the White House considers scheduling President Donald Trump's meeting with Putin on the sidelines of next month's Group of 20 meeting.

Russian state TV showed video (see below), meanwhile, of a NATO F-16 fighter jet shadowing Shoigu's plane as it approached Kaliningrad. A Russian Su-27 fighter is then seen edging in between the minister's plane and NATO's jet to ward it off.

Asked about the encounter, a spokesman for the military alliance told CBS News that it was "standard practice whenever unknown aircraft approach NATO airspace, NATO and national air forces took to the sky to monitor these flights."

"Our actions were routine," the NATO spokesman said. "Generally, when NATO aircraft intercept a plane they identify it visually, maintaining a safe distance at all times. Once complete, NATO jets break away. This is standard procedure. All our pilots behave in a safe and responsible way."

The statement from NATO added that, regarding who might have been on board any particular flight intercepted, "we refer to the Russian authorities."