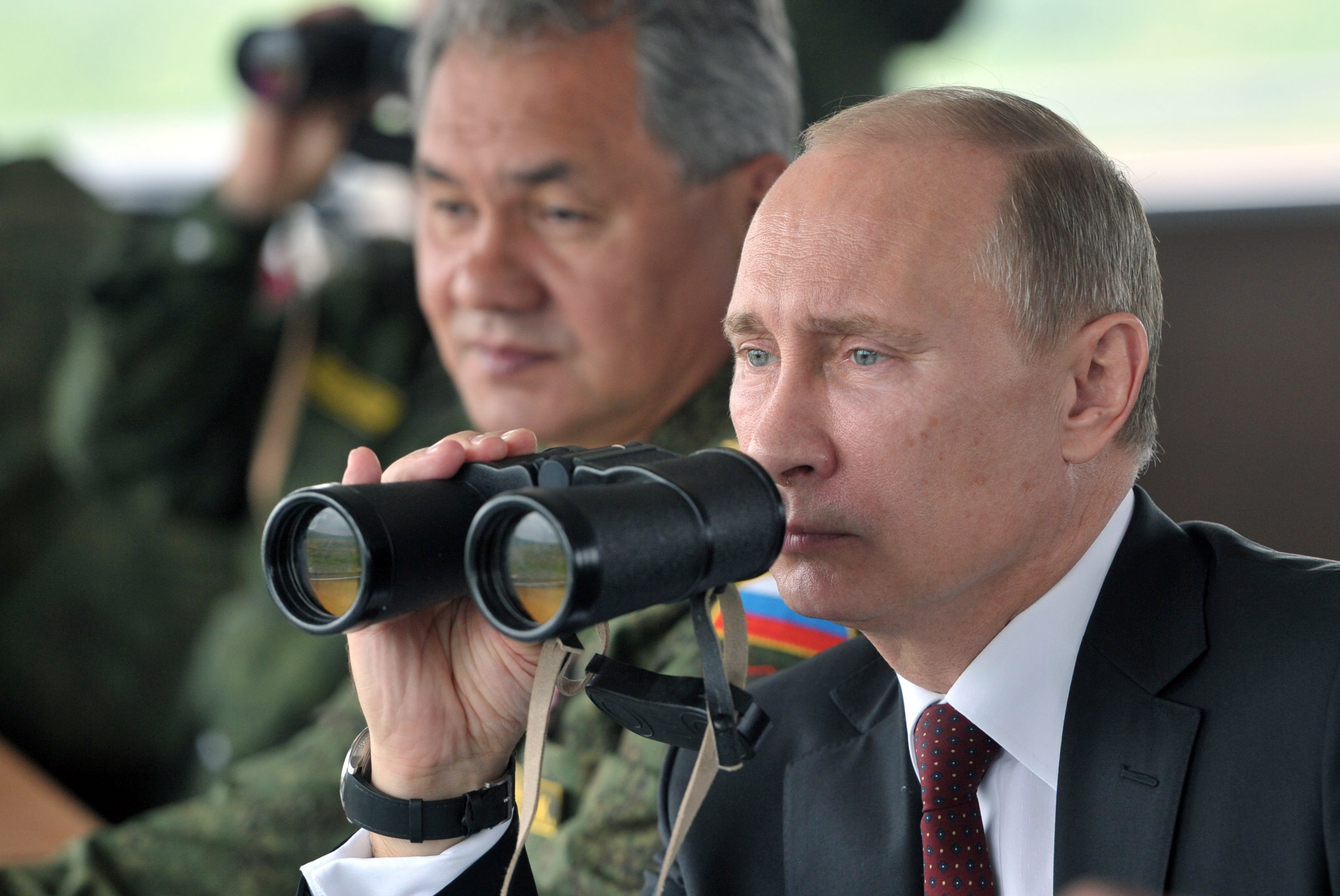 Baltic nations are increasingly worried that Russian war games set for this autumn will see President Vladimir Putin send as many as 100,000 troops to Belarus’ border with Lithuania and Poland -- the very edge of the Kremlin’s sphere of influence with eastern Europe.

At a recent Senate Foreign Relations Committee hearing on Russia, Sen. Bob Menendez, D-New Jersey, said he’d met recently with Baltic ambassadors who said the planned “Zapad” exercises, set for September, could involve that many Russian troops, which would be a significant increase on the number that took part in previous drills under the same name in 2013 and 2009.

U.S. Gen. Phillip Breedlove, who was the Supreme Commander for NATO until May last year, said the name for the exercise -- the Russian word for “west” -- combined with the fact that he’s heard it could involve at least 100,000 troops -- possibly twice that many -- is “a bit alarming.”

Breedlove cautioned, however, that the Kremlin has not released figures of its own regarding how many troops will take part in the September exercises, and that Russian officials have been known in the past to spread misinformation to serve their interests.

“The Russians have ordered 83 times... the rail cars that they ordered for Zapad (in 2013),” Breedlove said at the Senate hearing, reports CBS Radio News correspondent Cami McCormick. “So the size of this exercise will be demonstrably bigger.”

“Nations have a right to exercise,” Breedlove said on Thursday. “Nations do not have a right, I think, to exercise irresponsibly on other borders and in configurations that represent offensive capability.”

“I think the problem with this exercise is size and scope, directly on the border, a name that orients it west, and the fact the unpredictability of it makes it very alarming,” he said.

His remarks came as Lithuanian President Dalia Grybauskaite told reporters after talks with her counterparts from neighboring Latvia and Estonia that they were all concerned, “risks are increasing.”

“We are worried about the upcoming ‘Zapad 2017’ exercise, which will deploy a very large and aggressive force (on our borders) that will very demonstrably be preparing for a war with the West,” Grybauskaite said in Riga, according to a transcript of her statements by the Reuters news agency.

Lithuanian Defence Minister Raimundas Karoblis told Reuters that the NATO alliance should be prepared to defuse any “provocations” during the Russian drills.

“Presence of such an amount of troops (next to our borders), of course it creates some risks,”Karoblis said. “We will take also our countermeasures, including those with our allies, not to allow any provocations.”

“It’s clear Russia really wants to re-establish its domination, and change defence system in all Europe. It is already threat for central Europe, particularly for Baltics,” he added.

Lithuania, Latvia and Estonia are all expected to push U.S. Defense Secretary James Mattis to at least maintain the current U.S. military commitment to its NATO allies in eastern Europe. About 4,000 American troops have been deployed to Poland and neighboring nations in recent months, under orders to President Obama, in response to Putin’s annexation of Crimea.

While President Trump rattled European leaders by calling NATO “obsolete” before taking office, Mattis defended the alliance during his confirmation hearings as “the most successful military alliance probably in modern history, maybe ever.”

“During the hearing, Mattis also described Russia as a “principal threat” to the U.S., but agreed with Mr. Trump’s view that he’d like to see engagement with its government.