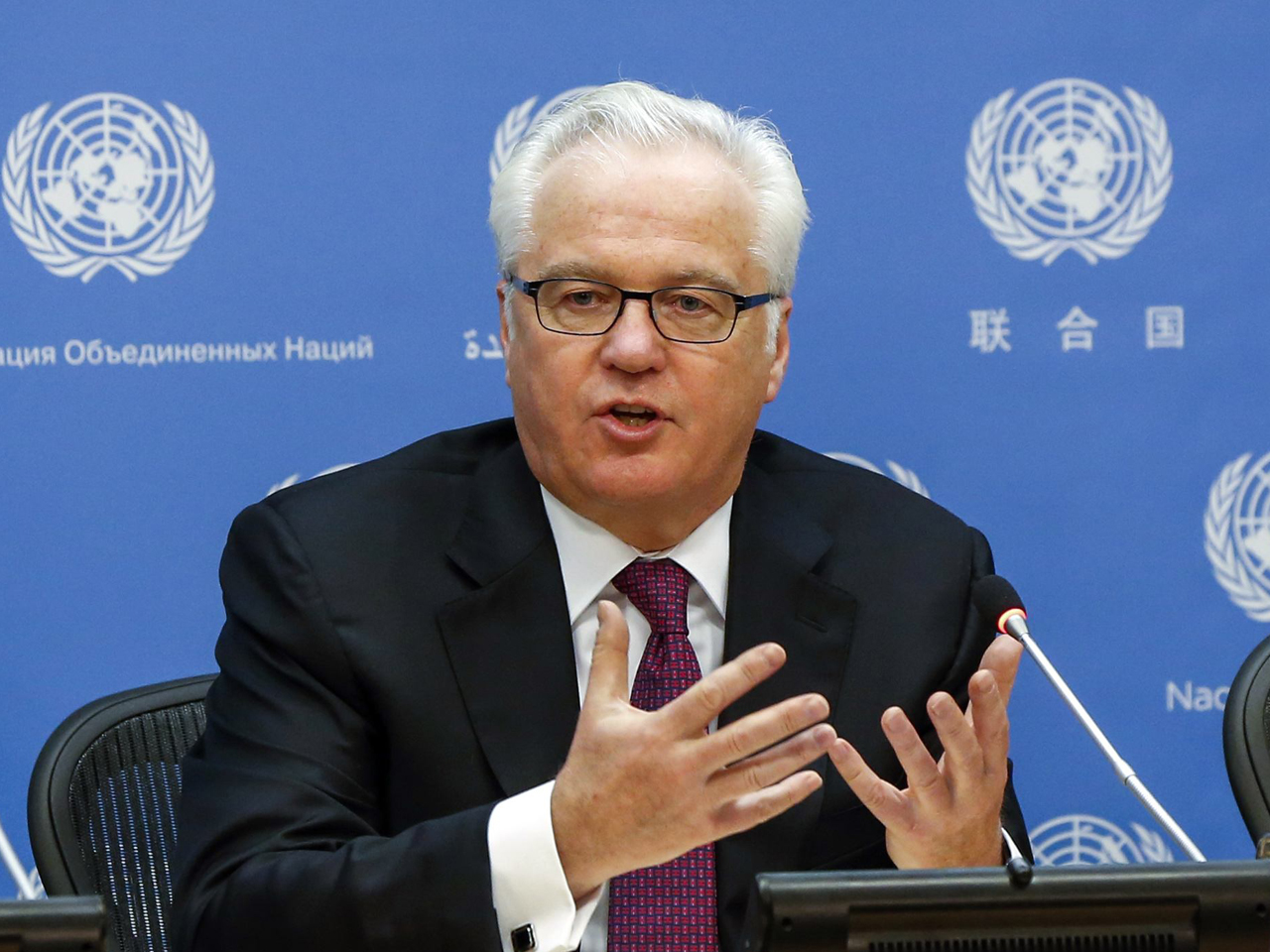 UNITED NATIONS -- Russia circulated a new U.N. resolution on Ukraine Monday in a fresh effort to get the deeply divided Security Council to address the worsening humanitarian situation and escalating conflict in the east between the government and separatist fighters.

Russia's U.N. Ambassador Vitaly Churkin said Monday the new resolution includes parts of two earlier resolutions it circulated this month which called for humanitarian aid, a cease-fire, and a national dialogue in Ukraine.

It also includes several issues raised by council members including a reference to Ukraine's sovereignty, independence and territorial integrity, he said.

Churkin said Russia, which holds the Security Council presidency in June, made the changes "to try to get as much support as possible," and will be working at a rapid pace to win council approval.

But Russia is likely to face an uphill struggle because of widespread opposition to its annexation of Ukraine's Crimean Peninsula in March and the activities of pro-Russian militias in the east.

In the latest example of the divisions in the council, Churkin said Russia is "disappointed" that the council didn't support a press statement condemning Saturday's attack on the Russian Embassy in Kiev, the Ukrainian capital.

Press statements require support from all 15 council members and Churkin blamed Lithuania. It was "the only country" that objected, he said.

Lithuania's U.N. Ambassador Raimonda Murmokaite told The Associated Press that all countries supported a condemnation of the embassy attack, but some wanted a parallel or separate condemnation of the downing of a Ukrainian military transport plane by pro-Russia separatists early Saturday which killed all 49 crew and troops aboard.

"Russia called this an unacceptable condition and canceled the statement," she said. "We were not the ones who blocked. It was taken off the table by Russia."

Murmokaite said her government will study the new text, and one key issue will be whether the reference to territorial integrity includes Crimea.

"For us it does, and it cannot be any other way," she said. "We cannot equate the legitimate government with illegitimate illegal insurgents who are better armed than the Ukrainian army and are carrying out attacks on the territory and against the state of Ukraine."

Before the new Russian draft was circulated, the Security Council received a briefing by U.N. humanitarian chief Valerie Amos on the situation in Ukraine.

Murmokaite said Amos told council members by video conference that the humanitarian situation was deteriorating and could deteriorate further.

Churkin said that towns and villages in the east are being attacked daily with artillery, tanks and planes, that "hundreds of people including children were killed in and around the cities of Luhansk and Slavyansk," and that many towns have no drinking water because energy and water supplies have been targeted. He said 60,000 Ukrainian refugees are in Russia.

Ukraine's border guard service told the Reuters news agency that around 30 Ukrainian soldiers were injured early Tuesday in clashes with the separatists near Luhansk.

Pro-Russian separatists told Reuters that Ukrainian forces have been firing on their positions all week.

She said that if there is no political settlement, there could be a humanitarian crisis, the diplomats said, speaking on condition of anonymity because the briefing was closed.