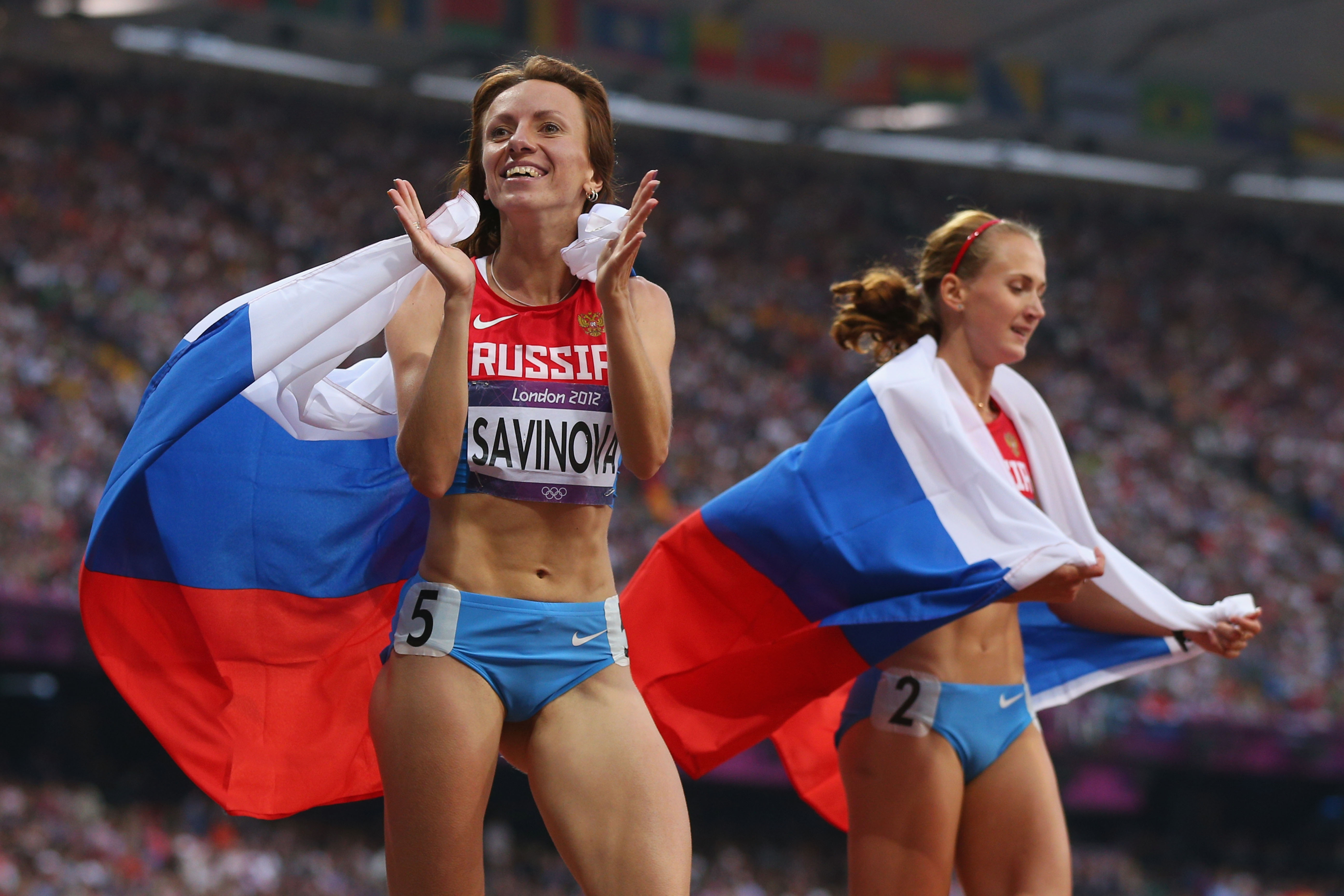 An investigator looking into Russian doping found the country's state-directed cheating program resulted in no fewer than 312 positive results that were withheld, covering 28 sports and lasting from 2011 through at least last year's world swimming championships.

The investigator, Richard McLaren, dubbed Russia's program the "disappearing positive methodology." But he did not make any recommendations for the future of the Russian team at the Rio Olympics, saying it was up to others, including the International Olympic Committee, to "absorb and act upon" the 97-page report released Monday.

Shortly after the report was released, the World Anti-Doping Agency's executive board said it wants the IOC to ban all Russian teams from the Rio de Janeiro Olympics.

WADA issued a seven-point list of requests after it published the report. WADA also wants Russian government officials to be denied access to international competitions, including the upcoming Olympics.

The anti-doping watchdog also called on world governing bodies of sports implicated in the inquiry report to consider action against Russian national bodies. The WADA response is a further signal Russia could be facing Olympic expulsion when the 15-member IOC executive board discusses the crisis on Tuesday.

In response to the report and call for a ban, Russian officials lashed out at their critics. In a statement, Russian President Vladimir Putin said this situation had little to do with sports.

"Now we are witnessing a dangerous relapse of politics' interference into sports. Yes, formats of such interference have changed but its essence is the same - to make sports an instrument of geopolitical pressure, of forming a negative image of countries and nations. The Olympic movement which is playing a colossal uniting role for the humankind may once again be driven to the brink of a split," the statement said. "Now, the so-called doping scandals have come into play, attempts are being made to extend the sanctions for the exposed doping abuse cases to all, including 'clean' athletes under the pretext of alleged protecting their interests."

Russia's track and field athletes are already banned from the Rio Olympics. The IAAF, track's world governing body, suspended Russia in November after a World Anti-Doping Agency report detailed widespread, state-sponsored doping in Russian track and field. The ban was upheld by the IAAF in a vote last month.

IOC President Bach called the report a "shocking and unprecedented attack on the integrity of sports and on the Olympic Games" and said the IOC wouldn't hesitate to apply the toughest sanctions available against those accused of cheating. The IOC executive board will meet Tuesday to begin sorting through options.

McLaren said allegations made by Moscow's former anti-doping lab director about sample switching at the Sochi Olympics went much as described in a "60 Minutes" report in May. That program involved dark-of-night switching of dirty samples with clean ones; it prevented Russian athletes, including more than a dozen medal winners, from testing positive.

But McLaren said the cheating in Sochi was a one-shot deal. Meanwhile, Russia's "disappearing positive methodology" began in 2011, shortly after Russia's disappointing performance at the Vancouver Olympics. It included the 2013 track world championships in Moscow and was in place during the 2015 swimming world championships in Kazan.

In short, Russia's deputy minister of sports, who was also part of Russia's Olympic Committee, would direct workers at Moscow's anti-doping laboratory of which positive samples to send through and which to hold back. Assisting the plan was Russia's national security service - the FSB, the current version of the Soviet Union's KGB.

McLaren said out of 577 positive sample screenings, 312 positive results were held back - or labeled "Save'" by the lab workers - but that was only a "small slice" of the data that could have been examined. More than 240 of the 312 "Saves'" came from track and field and wrestling, but other sports involved included swimming, rowing, snowboarding - and even table tennis.

McLaren suggested the numbers could have been higher, but he had only 57 days for his investigation, which was commissioned by the World Anti-Doping Agency after the Times story came out.

Time is crucial because the Olympics begin Aug. 5, and decisions about Russia's participation in Rio must be made.

The U.S. Anti-Doping Agency is one of several sports organizations that said it would call for a full ban of the Russian team if the report showed evidence of a widespread, state-sponsored doping conspiracy. McLaren's report said it did, and the investigator said he was "unwaveringly confident in my report."

He insisted there was no leak of his report, as several sports organizations suggested over the weekend, when draft letters calling for Russia's ban were leaked to the media.

USADA CEO Travis Tygart, who had previously called for a full ban of the Russian team if the McLaren report was as damning as expected, said in a statement Monday that the report "concluded, beyond a reasonable doubt, a mind-blowing level of corruption within both Russian sport and government that goes right to the field of play."