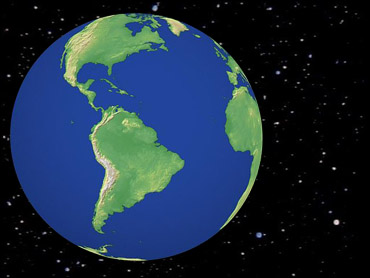 Ivanov said Russia is "categorically against the militarization of space," according to the Interfax news agency.

"If some state begins to realize such plans, then we doubtless will take adequate retaliatory measures," ITAR-Tass quoted him as saying at the Baikonur cosmodrome in Kazakhstan.

President Bush's administration currently is reviewing the U.S. space policy doctrine. Last month, White House spokesman Scott McClellan told reporters that the policy review was not considering the weaponization of space. But he said new threats to U.S. satellites have emerged in the years since the U.S. space doctrine was last reviewed in 1996, and those satellites must be protected.

In 2002, after the United States withdrew from the 1972 Anti-Ballistic Missile Treaty, China and Russia submitted a proposal for a new international treaty to ban weapons in outer space.

But the United States has said it sees no need for any new space arms control agreements. It is party to the 1967 Outer Space Treaty, which prohibits stationing weapons of mass destruction in space.