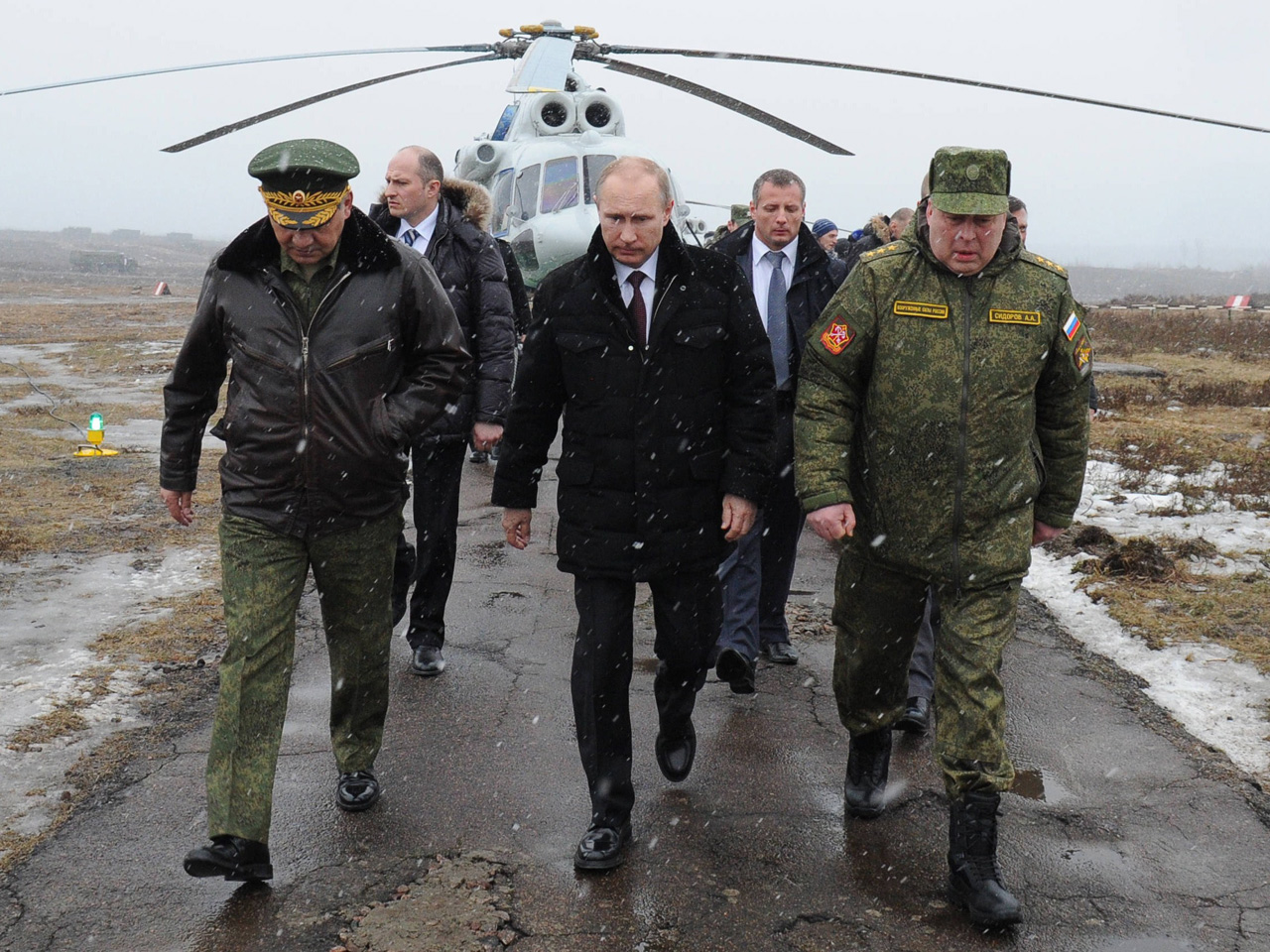 The treaty in question was signed between President Ronald Reagan and Russian President Mikhail Gorbachev in the final years of the Cold War and is still in effect. It bars missiles with a range greater than 300 miles.

U.S. officials tell CBS News’ David Martin that they have monitored flight tests in which the missile, known as the SSC-8, flew farther than 300 miles.

It happened secretly in December during the Obama administration, says Martin, but it is now up to President Trump to respond. U.S. officials have told Martin the deployment is such a blatant violation of the treaty that it calls into question the value of future arms control treaties with Russia.

The Obama administration three years ago accused the Russians of violating the 1987 Intermediate-Range Nuclear Forces Treaty by developing and testing the prohibited cruise missile, and officials had anticipated that Moscow eventually would deploy it.

“No one has officially accused Russia of violating the INF,” Peskov noted.

The alleged treaty violation is likely to arise when Defense Secretary Jim Mattis attends his first NATO meeting in Brussels on Wednesday.

NATO Secretary General Jens Stoltenberg said Wednesday, ahead of that meeting, that “compliance with arms control agreements is of great importance and especially when it comes to treaties covering nuclear weapons.”

“Any non-compliance of Russia with the INF Treaty would be a serious concern for the alliance,” Stoltenberg said.

“Russia’s deployment of nuclear-tipped ground-launched cruise missiles in violation of the INF treaty is a significant military threat to U.S. forces in Europe and our NATO allies,” McCain, R-Ariz., said in a statement Tuesday. He said Russian President Vladimir Putin was “testing” Mr. Trump.

Mr. Trump’s White House is in a difficult moment, with no national security adviser following the forced resignation Monday night of Michael Flynn. He is accused of misleading Vice President Mike Pence about contacts with a Russian diplomat while President Obama was still in office.

Meanwhile, a U.S. defense official said Tuesday that a Russian intelligence-collection ship has been operating off the U.S. east coast, in international waters. The official was not authorized to discuss an intelligence matter and so spoke on condition of anonymity. The ship had made a port call in Cuba prior to moving north, where it has been monitored off the coast of Delaware, the official said.

John Tierney, executive director of the Center for Arms Control and Non-Proliferation, said strategic stability on the European continent is at stake.

“If true, Russia’s deployment of an illegal ground-launched cruise missile represents a very troubling development and should be roundly condemned,” Tierney said.

Sen. Tom Cotton, an Arkansas Republican, sees little reason for the U.S. to continue adhering to the INF treaty, in light of Russia’s violations. He has recommended building up U.S. nuclear forces in Europe, which currently include about 200 bombs that can be delivered by aircraft. The U.S. withdrew land-based nuclear-armed missiles from Europe as part of the INF deal.

The treaty has special significance in the recent history of arms control agreements. Signed in December 1987 by Reagan and Gorbachev, it has been credited with helping accelerate an end to the Cold War and lessening the danger of nuclear confrontation. It stands as the only arms treaty to eliminate an entire class of U.S. and Russian weapons -- nuclear and conventional ground-launched ballistic and cruise missiles of intermediate range.

The Obama administration had argued for maintaining U.S. compliance with the treaty while urging the Russians to halt violations. At the same time, the Pentagon developed options to counter Russian cruise missile moves, some of which would have involved bold military action.

At his Senate confirmation hearing in February 2014, Ash Carter, who headed the Pentagon until last month, said disregard for treaty limitations was a “two-way street,” opening the way for the U.S. to respond in kind. He called Russia’s violations consistent with its “strategy of relying on nuclear weapons to offset U.S. and NATO conventional superiority.”