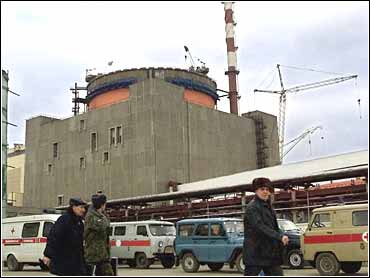 More than 20 years after its conception, Russia's first new nuclear power plant since the Soviet era was launched Friday by top officials who called it a breakthrough for the industry after years of opposition.

Operators switched on the first reactor at the Rostov Atomic Energy Station to minimal output and will gradually bring it to full power over the next several months.

Plant and government officials insist the reactor is Russia's safest and will provide jobs and much-needed electricity to the Rostov province and the surrounding North Caucasus region.

But environmental groups and many residents of the nearby forested region strongly oppose it, and say its designers have ignored lessons of the 1986 explosion at the Chernobyl plant, the world's worst nuclear accident.

Atomic Energy Minister Yevgeny Adamov promised the Rostov plant would observe all necessary precautions. "The main thing is the safe operation of the plant," he said at the ceremony.

Later, he promised electricity discounts and medical benefits to the 250,000 people living within 18 miles of the plant. The facility is adjacent to town of Volgodonsk, 120 miles east of Rostov-on-Don.

The reactor had been almost complete when the government froze construction on all Russian nuclear plants because of public protests prompted by the Chernobyl blast.

But amid increasing electric blackouts across Russia prompted by deterioration of coal-powered electric plants and chronic funding shortages, the government announced a drive to revive the nuclear energy industry. The Atomic Energy Ministry allocated funds in 1999 for completing the Rostov reactor and several other projects.

Opponents say the plant was built too close to a major reservoir and in an area of high seismic activity. They also say the reactor was not properly maintained while construction was stalled.

"This is the last thing the Rostov province needs. We've seen what those monsters can do, and should never forget it," said Alexander Filipenko, chairman of the Rostov Chernobyl Union.

Filipenko's group unites 20,000 people who helped clean up after the Chernobyl accident, many of whom suffer medical problems that doctors attribute to radiation exposure. Millions of people from around the Soviet Union were sent to clean up Chernobyl.

The Soviet-designed VVER-1000 reactor at Rostov is considered structurally more sound than the RBMK reactor that blew up at Chernobyl. The main difference is that the VVER-1000 has a concrete containment structure designed to hold in damage from an explosion. It can also withstand a magnitude-7 earthquake or the crash of a 20-ton aircraft, plant officials say.

After years of pressure from Western governments and environmental groups, Ukraine shut down Chernobyl's last working reactor in December. ManUkrainians protested the loss of jobs and electricity the plant provided.

With Friday's launch, Russia now has 10 nuclear plants that produce about 12 percent of the nation's electricity.

By SERGEI VENYAVSKY
©MMI, The Associated Press. All Rights Reserved. This material may not be published, broadcast, rewritten, or redistributed