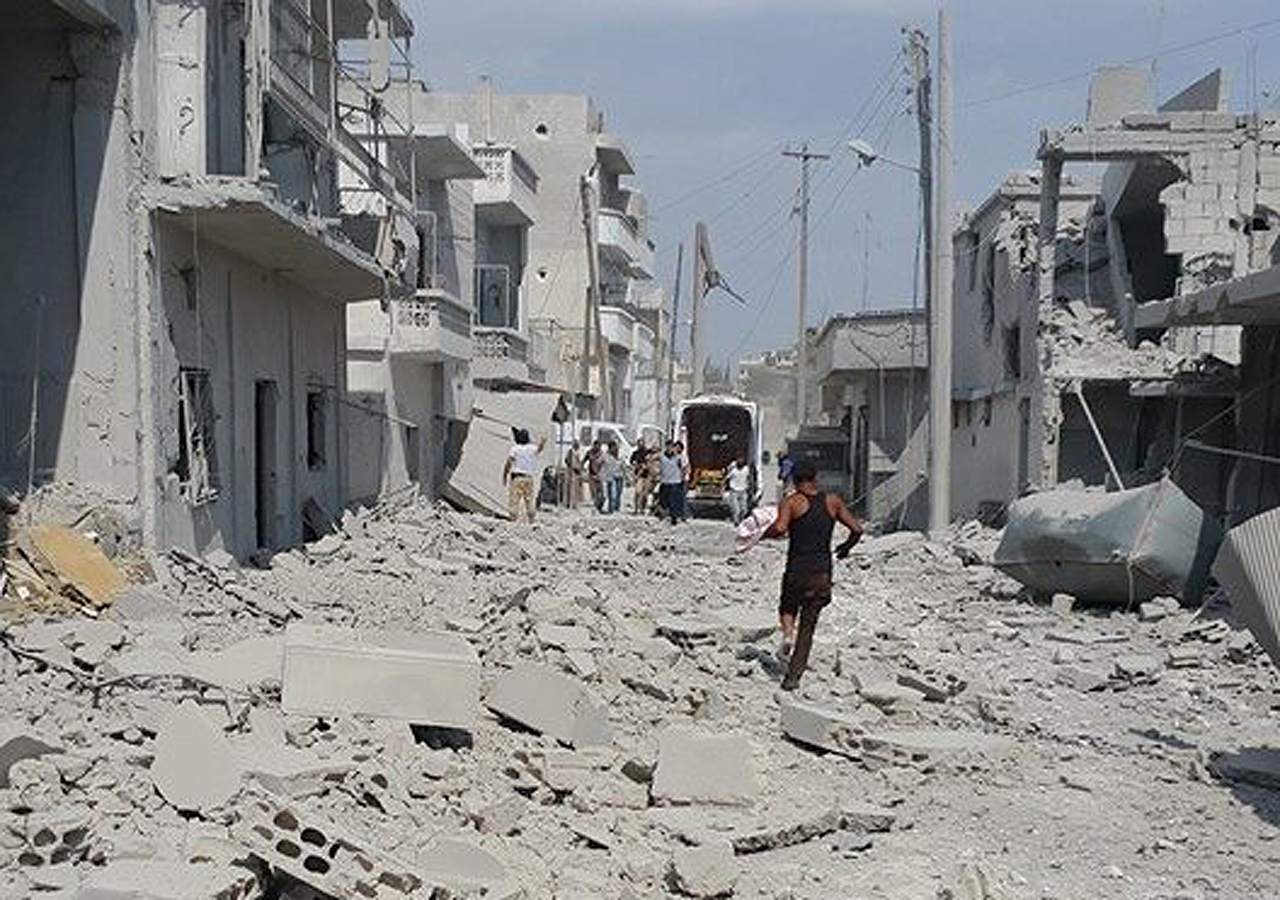 CBS News correspondent Holly Williams says the circumstances have led to an extremely dangerous situation, with the U.S. and Russia conducting airstrikes at the same time in Syria, but backing different sides in the country's complicated civil war.

Russian warplanes struck rebel-held areas in central and northern Syria Wednesday, and despite Russia's claims to have hit ISIS positions, at least some of the targets appear to have been in areas that are not controlled by ISIS or groups linked to al Qaeda.

Russia has backed the Syrian regime of President Bashar Assad throughout the country's still-raging four-year war, in direct opposition to the U.S., which supports so-called moderate rebels with training and equipment.

Syrian opposition forces supported by the U.S. say at least 36 civilians were killed Wednesday, including children.

Activists in Syria and a U.K.-based monitoring group with extensive contacts on the ground said Thursday's strikes had focused on Idlib province, and targeted a coalition of Islamic extremist groups which includes al Qaeda's branch in Syria, al Nusra Front.

ISIS is not known to have a pressence in Idlib, as the entire area is controlled by al Nusra and its allies. The al Qaeda affiliate and ISIS are enemies on the Syrian battlefield, though both claim to be fighting to topple Assad.

A Syrian rebel commander, backed by the U.S., told CBS News the Russians will be treated as "occupiers."

The Syrian war has already cost more than 250,000 lives, and forced almost 12 million people to flee their homes.

For weeks, Russia has been building up forces at an airbase near the Syrian city of Latakia. They now have more than 30 fighter jets, as well as helicopter gunships and anti-aircraft systems on the ground there.

The U.S. says it does not object to Russia targeting ISIS, but fears that attacks on other groups will make the Syrian conflict even bloodier.