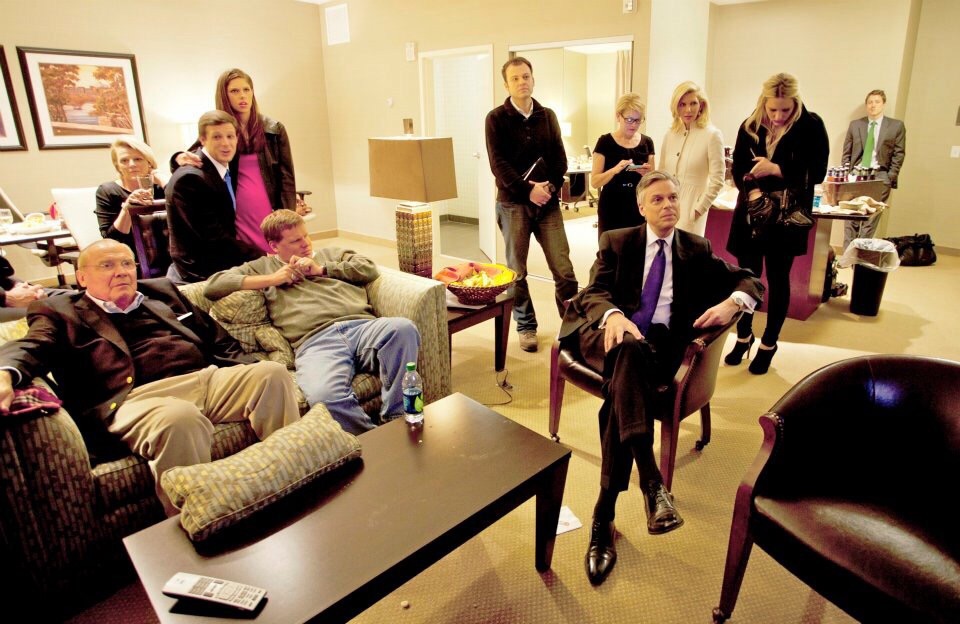 MANCHESTER, New Hampshire -- Demolition crews recently cleared away what was once the informal headquarters for New Hampshire's first-in-the-nation presidential primary campaigns, the Wayfarer Hotel, in order to make way for apartment building, a Whole Foods, and a bank.

The Bedford hotel, well beyond its prime, still attracted some reporters and campaign staffers, mostly out of habit, until it closed in 2009. By 2000, though, the Wayfarer was already showing its age, when then-Vice President Al Gore came through town. His advance team, alarmed by the musty odor that pervaded the room, was forced to make an emergency run to CVS for an armful of air freshener.

Some longtime journalists remember what it was like in its heyday, though. "It was like Rick's in Casablanca," said former CBS News Anchor Bob Schieffer. "Everybody comes to Rick's. And that's the way it used to be at the Wayfarer. You could just walk in, sit at the bar, and just stay there and everybody eventually came through there and they came mostly every night and stayed through the night."

Convenience has replaced character in recent years. These days, the go-to place is Manchester's Hilton Garden Inn, a nondescript outpost that's architecturally indistinguishable from the other 4,100 in Hilton Worldwide's mid-priced hotel chain.

The "Manchester HGI," as it's called, has been the go-to hotel for the traveling carnival of political staffers, volunteers, journalists and would-be presidents passing through New Hampshire every four years.

President Obama, Mitt Romney, Hillary Clinton, Jeb Bush, former Rick Perry - have all laid their heads down here. They've sipped beers at the bar, mingled with staff, hashed out strategy in hotel rooms, dodged nagging reporters and bundled up for the bitter New Hampshire winters in the lobby alongside the business travelers sipping coffee.

It competes for political clientele with the nearby Radisson, the preferred stay for candidates like Chris Christie and journalists who like to be in walking distance to Strange Brew, a popular local bar, or the restaurants on Elm Street.

But for whatever reason - the cranberry cake cookies in the lobb or complimentary kettle corn, or the view of the outfield view of the adjacent minor league baseball stadium where the Fisher Cats play - the HGI has become the most reliable place in New Hampshire to find presidential players.

"Rick Perry was here every day, always in the lobby, sometimes in his sweatpants, talking to everyone," said Brenda Edwards, the HGI's General Manager. "He was a sweetheart."

Perry dropped out of the race earlier this month, but Bush and Lindsey Graham can still be found around the hotel when they're in town for their frequent New Hampshire campaign stops. Graham is fond of the Patio, the hotel's outdoor restaurant overlooking Fisher Cat Stadium. Cold weather comes early to New Hampshire, so he's now transitioned indoors to the hotel bar, where he unwinds with a Riesling or Bailey's Irish Cream.

Bush watched a New England Patriots game at the bar a couple of weeks ago after a town hall in Salem, where he told the crowd he needed to grab "a brewski." But as a TV screen above the bar showed Tom Brady's four touchdowns, Bush sipped three Glenlivet scotches while he sat the bar with a handful of staffers.

One bartender said of the Bush crew, "They are all quite nice to us and grateful for our service."

"I'm not a huge fan of the Bushes, but he seems like a great guy and he knows what he's talking about," another server said of her interactions with the former Florida governor.

The hotel staffers operate with discretion, declining to go on the record about hotel guests, but make no mistake - not every candidate falls into the "great guy" category.

"We had one candidate who was very demanding on us about doing his laundry every day. Very," said Edwards. "We've had a few that have had some infidelities that we've seen and had to keep quiet."

New Hampshire can be a make-or-break state for presidential candidates. Those who stake their political future will essentially move in, living there for months until election day. That's what Jon Huntsman did in 2012, making Manchester HGI the family homestead for the final months before the primary.

"Sometimes we would stay in the lobby until well after midnight with our staff, and other campaign staff members, watching the news of the day that played over the bar," said Abby Huntsman, one of the candidate's daughters. "It was like one big nerdy political party every night."

"They left us all of the reading material their kids read and signed all the books for all the children who stay in the hotel," Edwards told CBS News.

The 125-room hotel, owned by developer David Roedel, is about half the size of the Radisson. But it anchors the redeveloped downtown Manchester and is convenient for the contenders.

During the 2008 primary season Clinton and Obama both seemed to like staying there. On some occasions the hotel put them on separate floors when their visits overlapped. It became the site of some memorable anecdotes for the upstart Obama campaign.

Then-Sen. Obama's 2008 New Hampshire Political Director Mike Cuzzi even recalls the very room where he mapped out the state's announcement tour, along with his wife, Heather, who was in charge of scheduling and operations for the New Hampshire campaign.

"Room 108 is quite literally where myself, Heather , and the state director literally interviewed campaign staffers," Cuzzi said. "We joked that for the true Obama New Hampshire originals, that we should have t-shirts made up that said nothing but 'Room 108' on the back. It really was the beginning of the beginning."

When Reid Cherlin, Obama's New Hampshire press secretary, landed his Manchester gig, the state director instructed him to "just check in at the Hilton Garden Inn in Manchester." So he unpacked and made himself at home, not realizing that the room had actually been reserved for Obama's makeshift campaign office - not for his sleeping quarters. Rather than disturb him, though, the rest of the campaign staff just waited in the lobby until he woke up.

"We arranged a whole announcement visit from the lobby and business center of the hotel," Cherlin remembers. "And I did sleep in that room every night that week."

In the end, though, there are likely few of that earlier generation who miss the Wayfarer much. Schieffer unsentimentally observed, "The Hilton Garden Inn smells a lot better than the Wayfarer. And I'm willing to let that part of the tradition go."