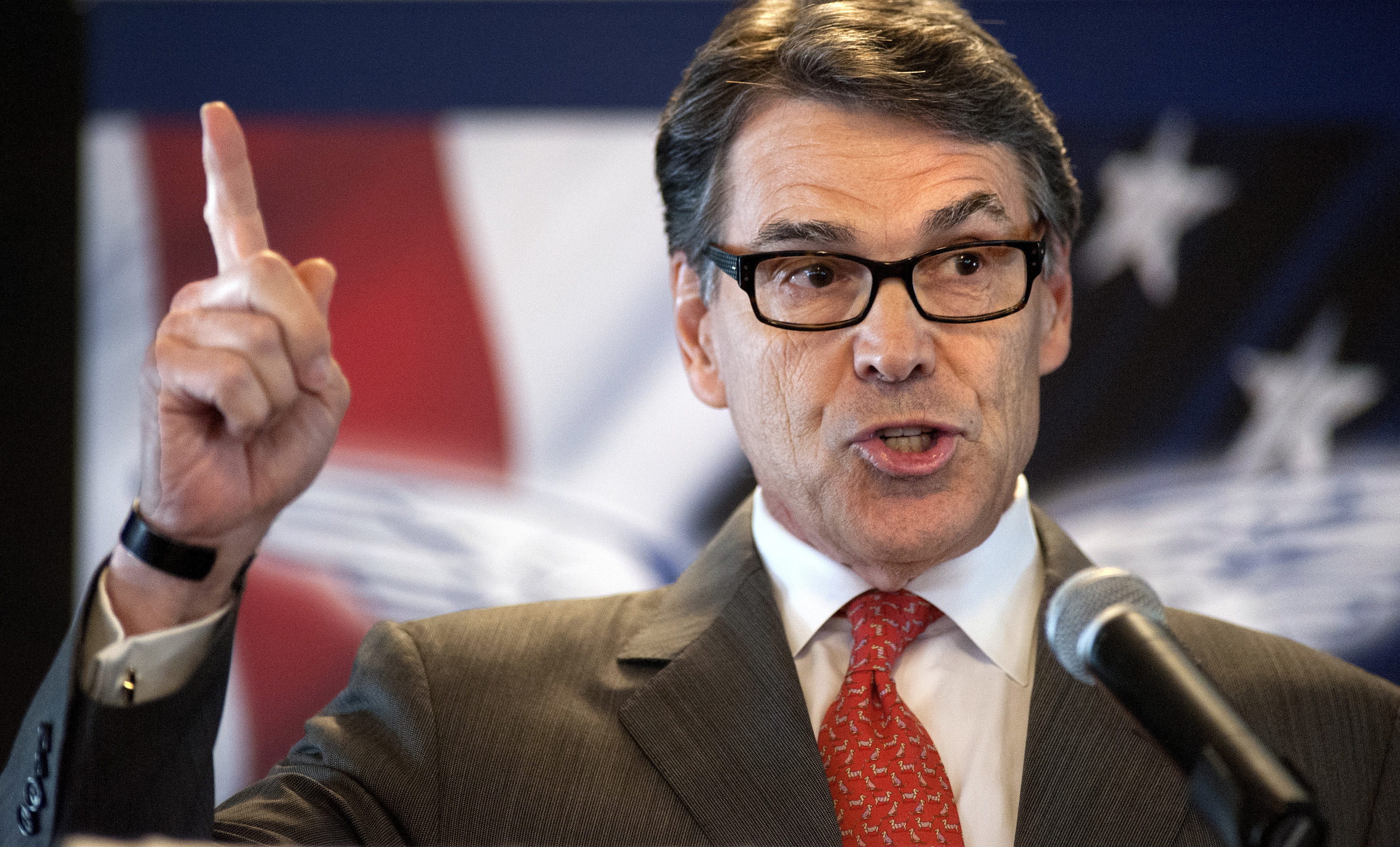 Former Texas Gov. Rick Perry is dropping out of the 2016 presidential race, he announced Friday in St. Louis, Missouri.

"We have a tremendous field - the best in a generation - so I step aside knowing our party is in good hands, and as long as we listen to the grassroots, the cause of conservatism will be too," Perry said in remarks released by his campaign. He spoke at the Eagle Forum conference in St. Louis.

"I share this news with no regrets," his remarks say. "It has been a privilege and an honor to travel this country, to speak with the American people about their hopes and dreams, to see a sense of optimism prevalent despite a season of cynical politics."

Perry is technically suspending his campaign, enabling him to continue raising money to cover the costs he has incurred on the trail.

Perry is the first of 17 official Republican presidential candidates to drop out. The former governor's campaign failed to pick up steam over the summer, raising relatively little cash. By August, members of Perry's campaign staff were working on a volunteer basis.

He failed to gain enough support in national polls to make it onto the debate stage with the top 10 Republican candidates in the first televised GOP debate last month, and he was slated to once again appear with second-tier candidates in next week's debate.

According to the RealClearPolitics average of national polls, Perry had less than 1 percent support among likely Republican voters. Even as a staunch conservative with a 14-year record as governor, Perry's reputation never seemed to fully recover from his failed 2012 presidential bid. Perry dropped out in 2012 after a number of missteps, including the infamous "oops" moment during a Republican debate in which he forgot the third government agency that he would eliminate.

While Perry's campaign was faltering, the pro-Perry super PAC, the Opportunity and Freedom PAC, seemed to be going strong. The group, which raised around $13 million this year, put out a press release on Friday morning announcing that it was running ads in Iowa. The press release declared the organization was "in it for the long haul."

Several remaining GOP candidates were quick to commend Perry for running an honorable campaign -- including frontrunner Donald Trump, even though Perry has repeatedly slammed Trump's campaign. In July, Perry called Trump's campaign a "cancer on conservatism" and even challenged him to a pull-up contest after Trump questioned his toughness.

In his speech on Friday, Perry didn't mention any specific candidates, but he did issue a couple of "warnings" that clearly alluded to Trump.

"First, the answer to a president nominated for soaring rhetoric and no record is not to nominate a candidate whose rhetoric speaks louder than his record," Perry's prepared remarks said, warning conservatives against "falling for the cult of personality."

Perry continued, "My second warning is this: we cannot indulge nativist appeals that divide the nation further. The answer to our current divider-in-chief is not to elect a Republican divider-in-chief."