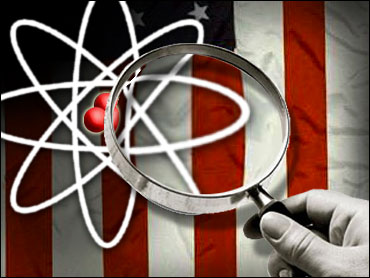 Conservatives are lashing out against President Obama's new nuclear policy, claiming the revised strategy is, at best, an empty gesture, and at worst a threat to U.S. safety.

The new strategy eliminates some of the ambiguity in the nation's previous nuclear policy by asserting -- with large caveats -- that the United States will not use nuclear weapons to respond to a chemical, biological or cyber attack. The White House's nuclear initiatives are intended to encourage other nations to reduce and stop development of their nuclear stockpiles.

"A nuclear-free world has been a 60-year dream of the Left, just like socialized health-care," Giuliani said. "This new policy, like Obama's government-run health program, is a big step in that direction."

A number of commentators said that removing the "strategic ambiguity" from the nation's nuclear policy opens the door for terrorists or enemy states to use non-nuclear weapons against the U.S.

"How many Americans are going to die because of the Obama administration's incompetent handling of our national security?" wrote Erick Erickson of Red State. "It is capitulation and waving a white flag for our enemies."

Jennifer Rubin writes at Commentary Magazine that lawmakers and voters should question Mr. Obama's interest in removing the ambiguity from U.S. nuclear policy.

"If this is really the course Obama intends to pursue, Americans may well conclude he is making them and our allies less safe and the world more vulnerable to aggressors," she wrote. "All of this only reinforces the perception that Obama is dangerously obsessed with unilateral gestures and disarmament."

In announcing the new policy today, Defense Secretary Robert Gates gave a stern warning to both Iran and North Korea.

The liberal blog Think Progress is defending the administration's policy against conservative criticism, writing that the policy amounts to a "status quo document."

"The Obama administration has made a direct point of telling these two countries that we could nuke you!" Max Bergmann wrote. "Furthermore, the United States has a really enormous conventional military that the Obama administration is spending more on than any other administration before him. Countries are deterred from attacking us, because, as we have shown over the last two decades, we are quite capable of destroying rogue regimes (rebuilding is another story)."

Conservatives, however, see little value in a "status quo document."

"It's the nuclear equivalent of his interrogation protocol, essentially," wrote the blogger "Allahpundit" at Hot Air. "America does not and will not torture captured terrorists as a matter of national policy -- but if the CIA really, truly believed that a bomb was about to go off somewhere, don't be surprised to see that policy politely ignored, to great public acclaim for Obama afterwards for having done what he needed to do to try to get the information."

Furthermore, the Obama administration's new policy will not serve as an incentive for other nations to disarm, writes Frank Gaffney, Jr., who worked on nuclear weapons policy in the Reagan Defense Department, at National Review Online.

"None -- not one -- of the other nuclear states or the obvious wannabes has evinced any interest in abandoning such 'ambitions,'" Gaffney wrote.

At least one nuclear policy expert from a more liberal administration agrees.

Amitai Etzioni, who served as a senior adviser to the Carter administration, writes at Huffington Post that eliminating nuclear stockpiles in the United States and Russia does not eliminate the nuclear threat.

"I predict (and it takes very little foresight to make this prediction) that the American and Russian moves toward zero will have no discernible effect on any of these burning issues" regarding nuclear weaponry in Iran, North Korea, Pakistan and in the hands of terrorists, he wrote.