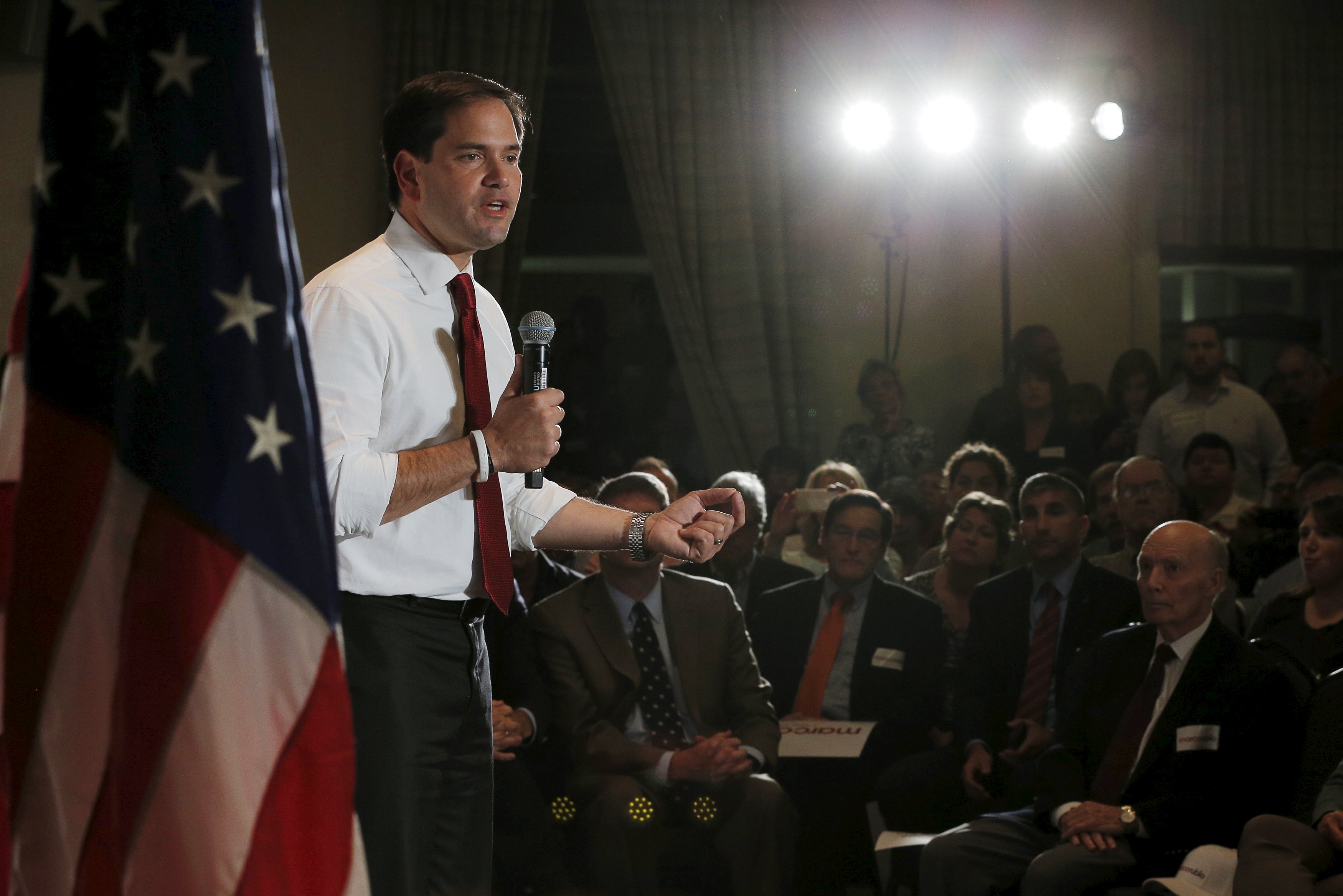 Republican presidential candidate and Florida Sen. Marco Rubio said Wednesday that he would end the Deferred Action for Childhood Arrivals (DACA) program, which provides protections for young undocumented immigrants, even without any reform legislation to take its place.

"DACA is going to end. And the ideal way for it to end is that it's replaced by a reform system that creates an alternative," Rubio said while in Manchester, Hampshire. "But if it doesn't, it will end. It cannot be the permanent policy of the United States."

The 2012 policy allows anyone who entered into the country illegally before the age of 16 to apply for two-year work permits, protecting them from deportation as long as they pass a background check and meet certain requirements. Last November, the president expanded the program to give a three-year reprieve for children, rather than the initial two years. Federal court orders later stalled the expansion, but they did not affect the initial recipients of DACA. Over 700,000 young immigrants are enrolled in the program.

In a video of Rubio's comments, released by opposition research group American Bridge, the Florida Republican went on to say that DACA "will have to end at some point."

Off-camera, someone asked: "Even if the Congress doesn't pass legislation" for immigration reform?

Rubio responded, "Yes, it will have to end. In fact, I've already said we shouldn't be signing up new people to the program. We should stop new enrollment."

"It cannot be the permanent policy of the United States," he added.

On Thursday, the Rubio doubled down on his call to end the program, saying in Concord, New Hampshire that "in my view it actually -- both DACA and the second executive order -- have actually set back the cause of immigration reform, as I warned they would, when the president did it."

The GOP contender has also shifted his positions on protections for undocumented youth since launching his presidential campaign.

In an interview with Univision's Jorge Ramos in April, Rubio called the DACA program "important."

"I believe DACA is important," Rubio told Ramos in Spanish. "It can't be terminated from one moment to the next, because there are already people benefiting from it."

But, he added earlier this year, "I'm still saying it's important to modernize our system and that means improving the way we enforce in the future, modernizing the immigration system so that it isn't as costly and bureaucratic."