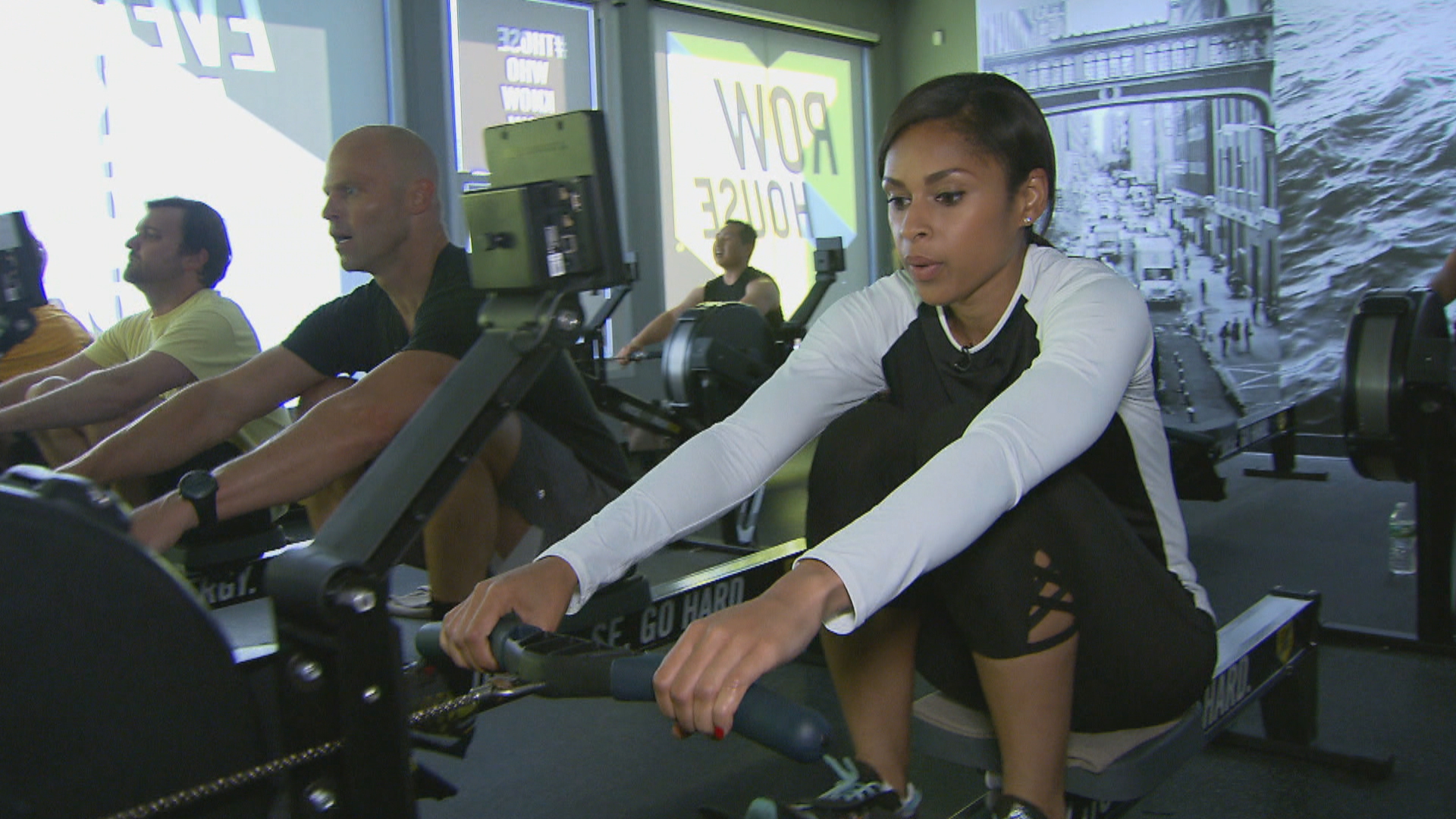 Rowing was one of the original sports in the modern Olympic games. In the 1920s and '30s, collegiate crew got the same kind of press coverage as baseball. But after of decades of languishing, rowing is once again racing ahead.

The sport of rowing has been called a symphony in motion. It's easy to see why when you watch a team like Yale's.

Eight towering oarsmen rowing in unison against the resistance of water and wind -- all while balancing on a two-foot wide boat, reports CBS News correspondent Jericka Duncan.

"The challenging part is to sync up everyone and like to work as a unit, and to work as one piece together," the Yale Bulldogs' captain Hubert Trzybinski said.

Rowing is the oldest contested college sport. The first race was the Harvard-Yale regatta in 1852. Many schools still take it very seriously, which is one of the reasons why the sport is growing.

USRowing says its top tier membership rose 27 percent in 2015 partly because student athletes see it as a way to set themselves apart in the college admissions process.

Programs like Row New York have also shared the sport with kids from under-resourced communities who wouldn't otherwise have access to competitive rowing. Executive director and founder Amanda Kraus said roughly a quarter of the program's graduates have received full or partial scholarships for rowing to college.

Rowing's renaissance is also happening on land. At boutique fitness clubs like Row House in New York, the crew on land gets the same physical benefits as those on the water -- as Duncan experienced personally.

"That was intense," she exclaimed after trying the rowing machine workout.

Row House owners Eric and Debra Frohlich saw an opportunity with the ergometer, also known as the "erg."

"It's such an effective full-body workout that it just didn't make sense to me that there wasn't rows of them like treadmills," Eric described.

"We started to find that a lot of people had history rowing and they loved it," Debra said.

A common misconception about rowing is that it's an upper body workout, Eric said.

Regulars here say part of the attraction is being able to get that intense workout at any age and in any condition.

"My back was bad, my knees were bad. Something's always going on. I'm 54. There's always something going on in my body," customer David Hinden said. "With rowing I actually I think it helped my back and my knees were never an issue."

"If you're doing a hard run or a hard row, you are probably burning about the same number of calories," Metzl said. "The difference is that if your joints become arthritic, your hips or your knees or your back, running can sometimes be painful. Rowing is much less loading force on your joints."

Even the Netflix hit "House of Cards" can't resist the erg. The rhythmic sounds of Frank Underwood's machine provide both a soundtrack and an interesting analogy in the series -- a politician, constantly moving but going nowhere.

Every time Underwood takes a stroke, WaterRower, the company that makes his erg, seems to get a bump in sales. The factory in Warren, Rhode Island has tripled production in the last five years to more than 1,000 machines a week.

"The most addictive quality is when you hear all the fly wheels spin up at the same second," Eric said.

While there are plenty of people who prefer to go at it solo, Frohlich said whether you're on the water or on dry land, the real benefits can only be had when you're rowing with a crew.

"Rowing at its best is just a large group of people breathing together. It almost becomes like a meditative, powerful breath," Eric said.

"And you go so much further than you would ever on your own," Debra added.

Fears over tainted water in schools