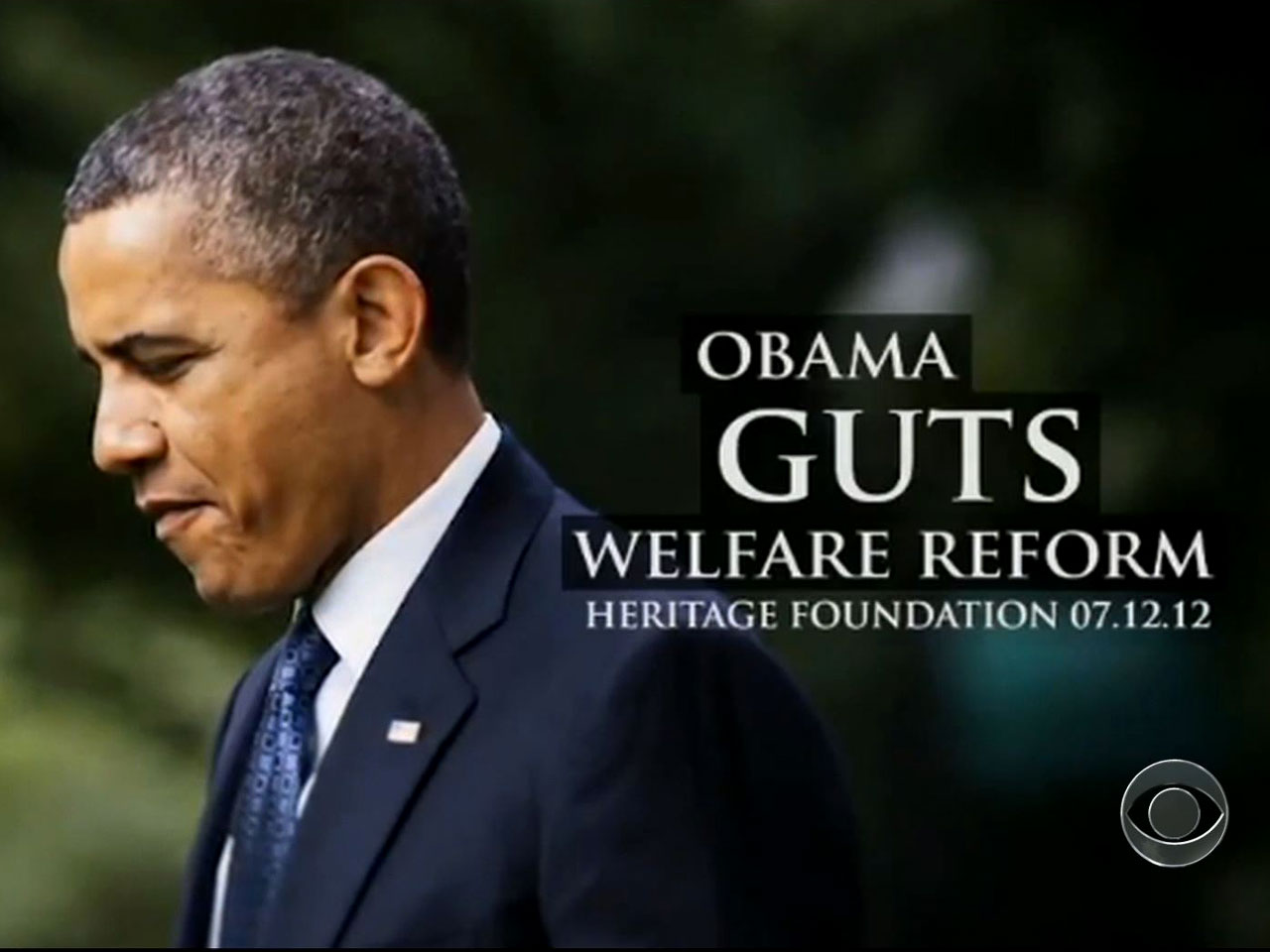 (CBS News) Despite detailed fact checks that say President Obama's alterations to the welfare program don't "gut" the program's work requirement, Mitt Romney's campaign is out with a new TV ad saying it does.

The ad ends with a narrator saying, ""Mitt Romney's plan for a stronger middle class will put work back in welfare."

This is the second time this month the Romney campaign has launched an offensive on the president's executive order allowing states waivers for welfare, saying the president is rolling back the federal work requirement.

Independent fact checkers, however, note that Romney's claim in his previous ads that the president "drop[s] work requirements" is false and "over-the-top."

The new twist in this ad is that it cites an editorial in the Richmond Times-Dispatch that criticizes the president on the executive order. "Sounds like the White House wants to let states get more people into work sooner, doesn't it? Nuts. If you want to get more people to work, you don't loosen the requirements -- you tighten them," the ad says, quoting the newspaper's editorial from August 15.

The Department of Health and Human Services announced the change in July, which says waivers don't skirt work rules but allow states to "test alternative and innovative strategies" to meet work requirements. As governor in 2005, Mitt Romney signed a letter asking the Senate, which was debating welfare reauthorization, for "increased waiver authority."