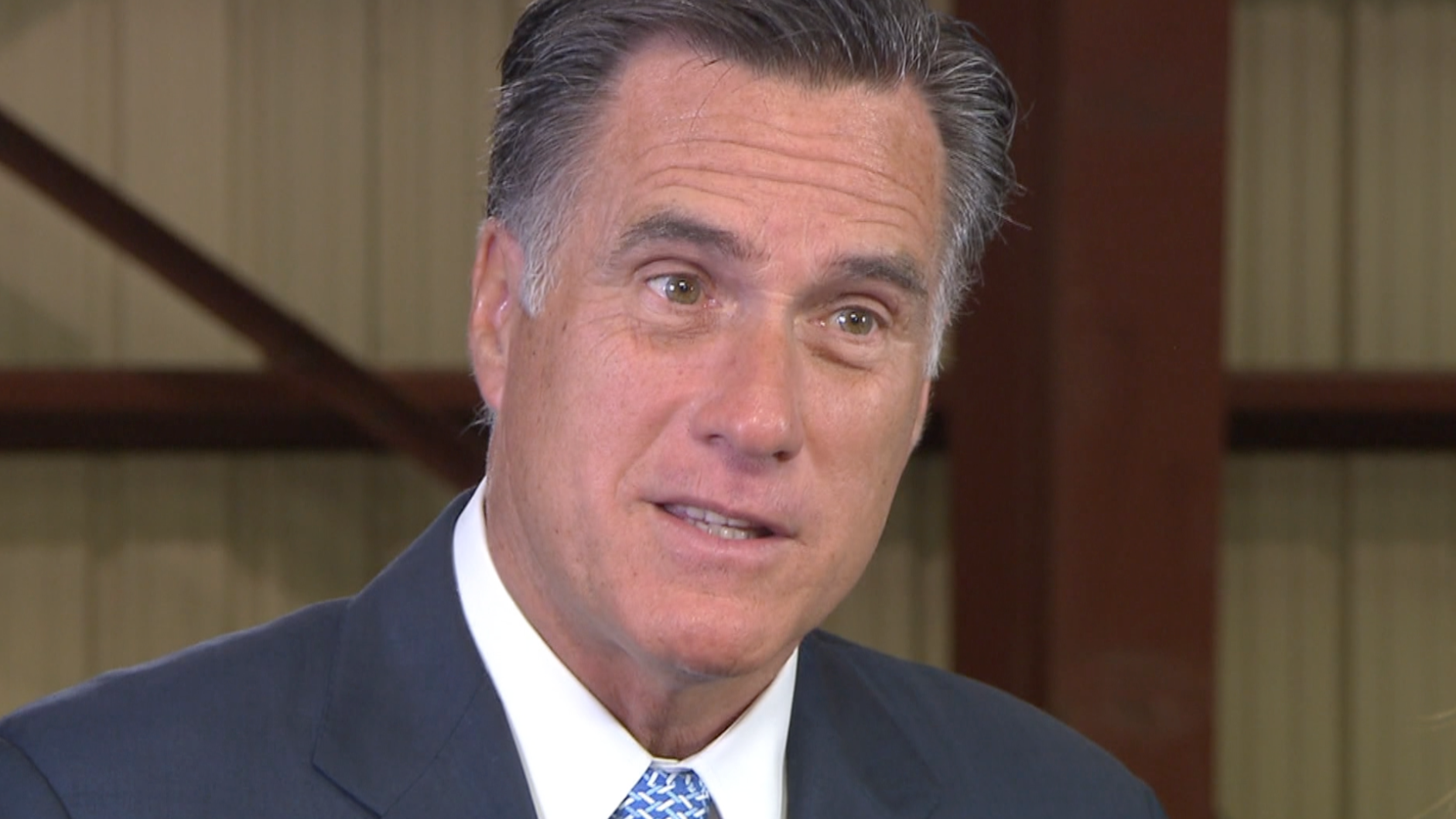 (CBS News) In an interview with CBS News political correspondent Jan Crawford, presumptive Republican presidential nominee Mitt Romney said he would give President Obama an "F" in every area, including foreign policy and the economy.

After being asked what grade he would give the president, Romney quickly responds: "Oh, an 'F,' no question about that," adding that the grade applies "across the board."

Crawford followed up by asking about foreign policy and mentioned the killing of al Qaeda leader Osama bin Laden last year, but Romney avoided addressing bin Laden's death and pointed to Iraq and the political uprisings in the Middle East.

"When I look at foreign policy -- and look at his decisions across the board in foreign policy, I look at the fact that he was looking to have a force of American troops staying in Iraq, securing what had been so won there, with a status of forces agreement. He failed to achieve it," Romney said, referring to an agreement between Iraq and the U.S. that expired in 2011. President Obama and Iraqi Prime Minister Nouri al Maliki failed to reach a new agreement on security and the presence of U.S. troops.

However, later in the interview, when Crawford asked if there's any area the president would receive above a failing grade, Romney said "getting... Osama bin Laden, that's terrific."

Romney called the Arab Spring "hardly a success" and that said that the president's "positions in foreign policy have not communicated American strength and resolve."

The Republican candidate then quickly pivoted from foreign policy to the economy. "Thirty-nine, 40 months of unemployment above 8 percent a success when even he said that if we let him borrow $787 billion, his administration was convinced they would keep unemployment below 8 percent. And they said by now it would be in the 6 percent range. And by now it is not. It's over 8," Romney said.

On long-term unemployment, Romney, who has said he would reduce the unemployment rate to 6 percent in his first term, told Crawford he would "create an incentive" for employers to hire the unemployed. "If you hire someone who's been out of work a year or more, we're gonna give you, the employer, I think it was a $2,000 check to be able to train this person in the job you've hired them for," Romney said, referring to a Massachusetts program.

The presidential candidate said he would implement a system where "incentives are alive between the people who receive the unemployment benefit and those who are paying those benefits." Romney said the unemployed would have incentive to get back in the work force if they were given "a personal account" for the unemployed to "draw from that is perhaps being matched by the government."

Romney said the president is "trying."

"But having never had any experience in his life in leadership has made it difficult for him to learn how to lead on the job," Romney said.

The interview -- Romney's first since clinching the delegates needed to win the nomination -- came as Romney appeared in California in front of Solyndra's shuttered headquarters to hammer the president on the collapse of the solar power company after receiving a $535 million loan guarantee.

Romney said the president committed a "conflict of interest of some magnitude" because, he said, Solyndra executives were campaign donors of Mr. Obama's - a statement PolitiFact previously labeled as "mostly false."

As for the Department of Energy's federal loan program Solyndra participated in, Romney said the government can step in when there's a "problem of some kind that needs to be resolved." However, Romney said he thinks "we're much wiser to let the venture capital industry and individual investors and families that make investment decisions to build enterprises."

For more of the interview, watch the video in the player above.