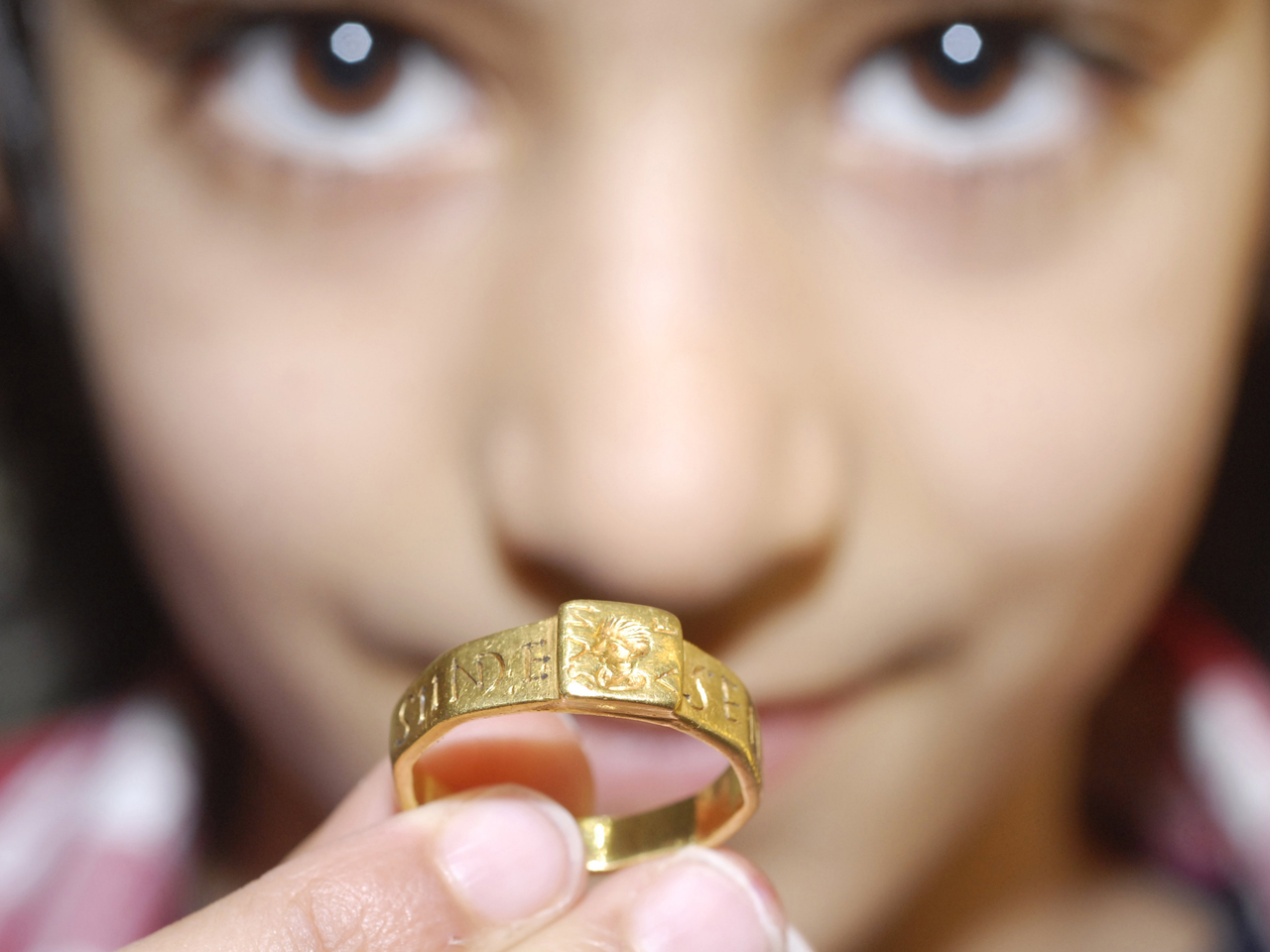 A Roman gold ring that could have inspired J.R.R Tolkien to write "The Hobbit" and "The Lord of the Rings" is going on exhibition in England.

Found in a field in southern England in 1785, the ring is linked to a Roman tablet inscribed with a curse on the thief who stole it.

That tablet was found at the site of a Roman temple dedicated to the god Nodens in Gloucestershire, western England. Tolkien worked on the etymology of the name Nodens in 1929 and visited the temple several times.

Lynn Forest-Hill, education officer for the Tolkien Society, says the exhibition will explore the ring's story and let visitors decide whether it is Tolkien's One Ring.

The exhibition at The Vyne, a historic mansion in southern England, opens Tuesday.