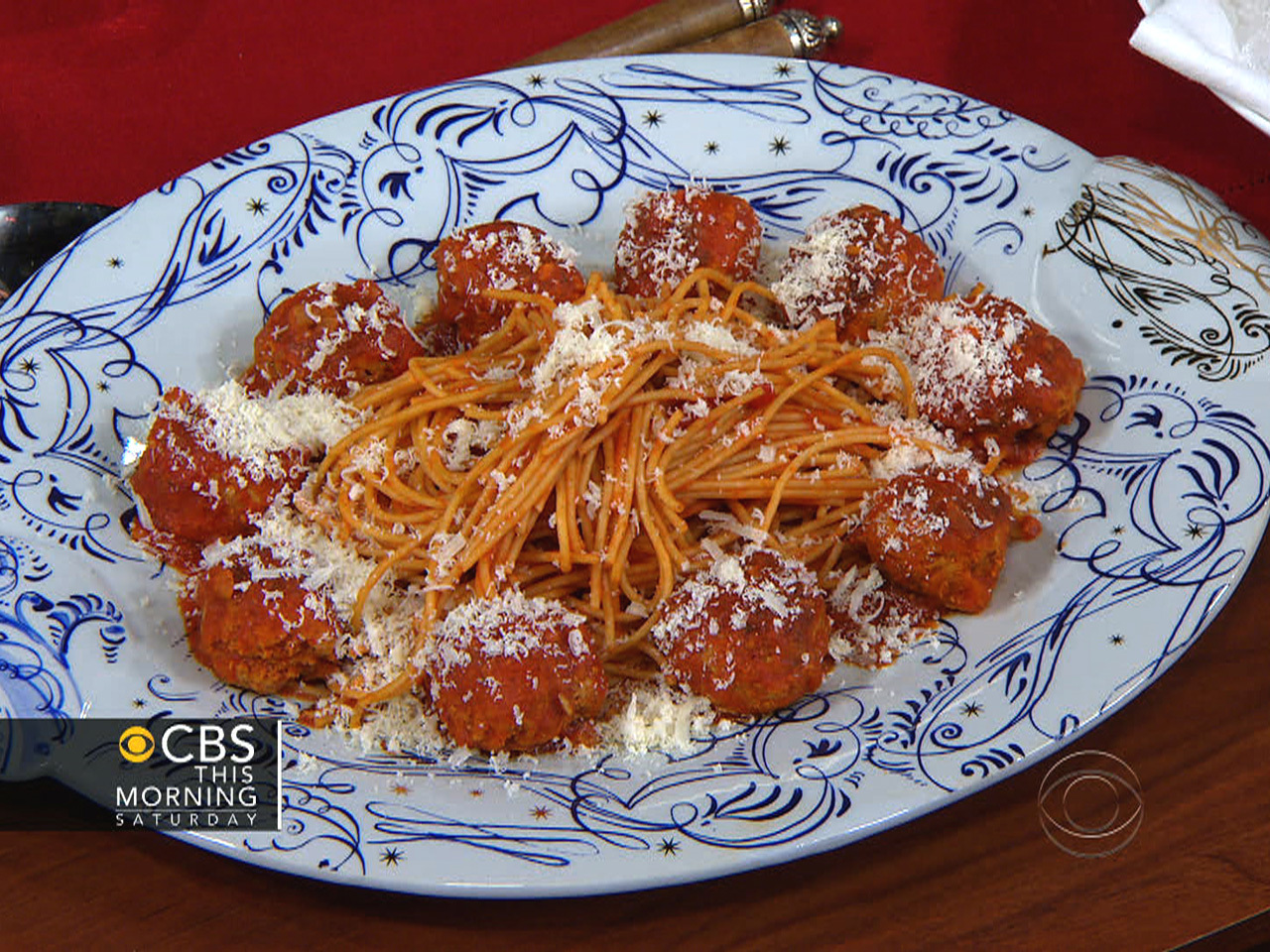 (CBS News) NEW YORK -- Rocco DiSpirito, the charismatic 45-year-old celebrity chef from the New York City borough of Queens, is known for heating up the kitchen with his innovative fusion cooking, as well as the dance floor as a fan favorite on "Dancing with the Stars."

He also helped overweight contestants get back their winning figures on "The Biggest Loser."

Now, Rocco's on a mission to change the way we eat.

He has a series of cookbooks titled "Now Eat This!" In the latest installment, " Now Eat This! Italian: Favorite Dishes from the Real Mamas of Italy -- All Under 350 Calories," he recreates more than 90 classic Italian recipes that are healthy and flavorful.

Rocco has also launched a "Now Eat This!" truck, which travels around New York City selling meals created from recipes featured in the cookbooks.

One Italian offering, his Mama's Spaghetti and Meatballs, just happens to be Rocco's ultimate dish.

He stopped "CBS This Morning: Saturday" to offer recipes for that and more.

From "Now Eat This! Italian," by Rocco DiSpirito Copyright 2012 by Flavorworks, Inc.

My Mama's Spaghetti and Meatballs

For more of Rocco's recipes, go to Page 2.

Peaches and Prosecco with Almond Cream