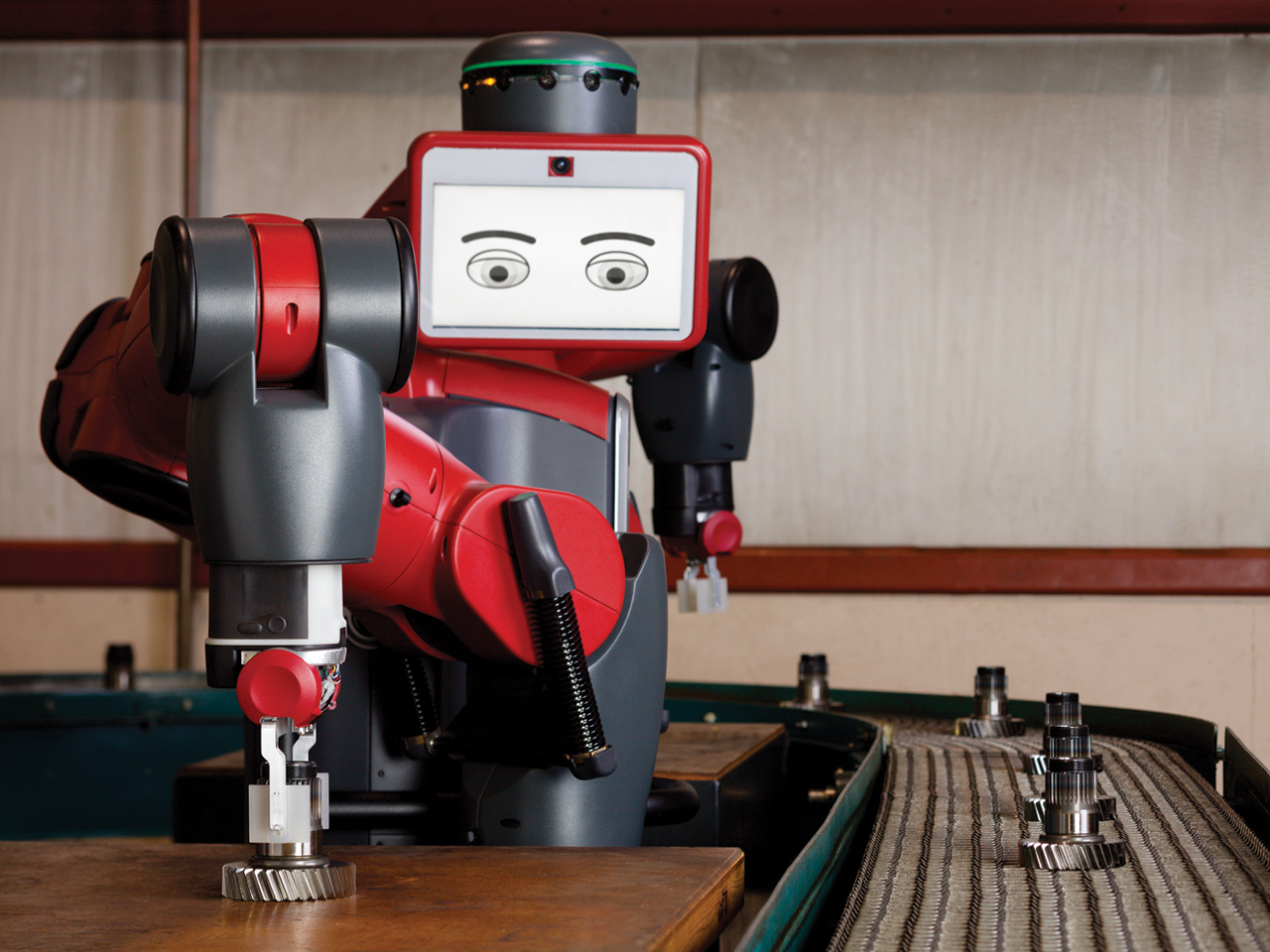 (MoneyWatch) As discouraging as the latest jobs report is, the long-term picture may be even more unpleasant to contemplate for one reason alone: robots.

It's easy to dismiss concerns about technology putting people out work. After all, such anxieties have been around for centuries. Fear of robots also has long been a common theme in popular culture, from Isaac Asimov's classic "I, Robot" stories to such movies as "The Terminator," "Transformers" and "The Matrix." But one look at Baxter, a robot that can perform sophisticated manufacturing tasks, makes clear that tech that significantly reduces the need for human intervention is no longer the stuff of science fiction.

Technology cheerleaders emphasize that automation boosts productivity, which they argue frees people to do more meaningful work. But that is simplistic.

For evidence of that, look no further than the changing U.S. economic landscape, as increases in productivity far outstrip gains in income and wealth for most workers. Hiring remains slack. Companies emphasize efficiency, which in business means getting more with fewer people.

Of course, some people with technical expertise are finding a demand for their services. But they are a minority compared with the number of workers across a range of industries who have been replaced by all manner of machines, from industrial robots to software.

No job is safe

Take new technologies such as cloud computing and virtualization, which companies use to more efficiently use their computing facilities in part by reducing the need for people to manage them. When I asked one information technology executive from a major computer vendor whether the now-redundant employees were reassigned to higher-value work, he said, "We can say that, but really companies lay off extra staff."

In the same vein, there is software that can write. IBM's Watson project dominates Jeopardy and is now training to perform medical diagnoses. So what business activities are immune to automation? Economist Ed Yardeni takes a crack at answering in a recent research note:

On the positive side, manufacturing productivity will soar. Labor costs and the prices of all goods manufactured on an assembly line will plunge. Such productivity-led deflation would boost the purchasing power of all workers all around the world. The downside, of course, is that quite a few of them could be unemployed if they are replaced by robots. That's likely to be an acute problem in emerging economies that depend on exporting labor-intensive goods produced by cheap labor that is no longer cheap compared to the cost of operating Baxters.

And in developed countries in which fewer people are needed to perform business tasks.

Yardeni seems to buy into the argument that the "only way to narrow the widening divide between the Have Nots and the Haves will be education." Tell that to many graduating college seniors who are having difficulty finding work. When everyone has a Master's degree and jobs still remain in short supply, a sheepskin offers little consolation.

Of course, technology is not solely, or even chiefly, to blame. Even more important are, for instance, the changing attitudes of corporate management toward employees, who increasingly are seen as a cost center rather than a vital asset. Policymakers also have done little to grapple with the impact of automation. Yet tech is a key part of the debate, as companies large and small seek to do more with less.