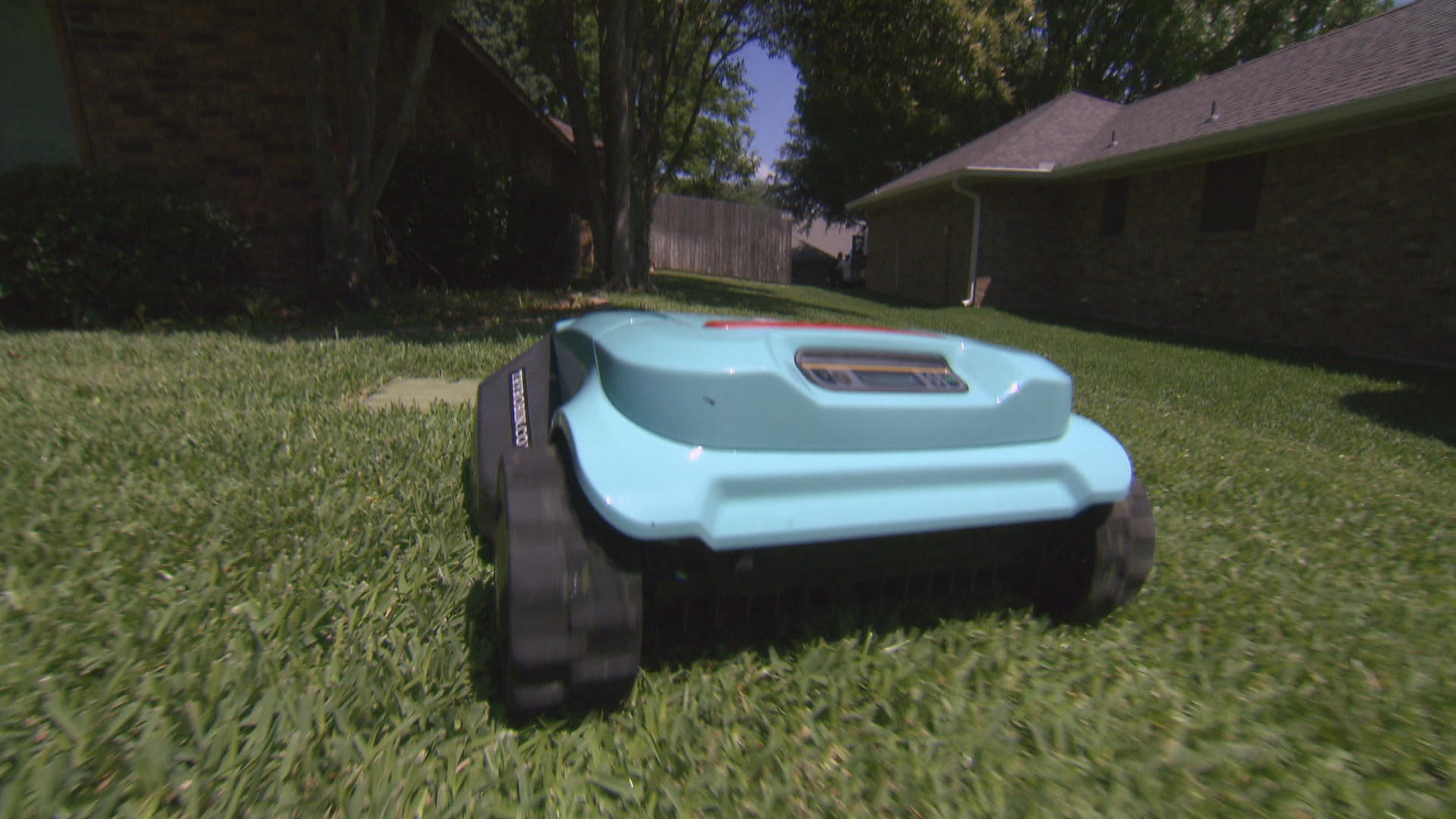 As part of our series Robotics Revolution, we look at the robots in and around our homes. About one in 25 American households has a consumer robot of some kind, and that number is expected to be one in 10 by the end of the decade.

Home robots can handle simple chores like mopping the floor, changing the kitty litter and cleaning your grill, but you can even cut grass with a robot.

Grim was frustrated with human landscapers, claiming they'd miss appointments and leave his lawn looking scraggly. So he began employing a robotic mower.

"The idea that the robotic mower can do the mowing in the evening, or at night, even at 2 in the morning if I want because it's so quiet, is really appealing, so that way I can wake up every morning to a freshly cut lawn," Grim said.

While robotic mowers are available for sale for about $1,000 or more, Grim leases his from a landscaping business called Robin.  Co-founders Justin Crandall and Bart Lomont didn't invent robot mowers, but they're committed to making them an integral part of their business.

Asked whether he thinks Americans are ready to outsource side jobs like this, Crandall said, "So, I think so. I mean, Americans already outsource landscaping, right? The question is, is it a guy who shows up on a dirty gas-powered mower that emits tons of pollution, rides around on my lawn, or do we have this emissions-free electric robot who handles the job?"

To work properly, a technician buries a guide cable along the perimeter of a lawn. The mower won't cross that cable, keeping it out of the street -- and flower beds. The robot is programmed to find its recharging station when it's done mowing or when the battery runs low.

Of course, there's more to landscaping than cutting the grass.

"If you bought a robot you still couldn't fire your landscaper because the robot mows. It doesn't edge, it doesn't trim, doesn't pull weeds or do any of the other things that your landscaper does," Crandall said.

Household robots are a booming business. One study predicts the home and office robotics market to hit $1.5 billion by 2019 -- more than double what it was in 2014.

But they're not what science fiction promised: Robots that take on all chores as tireless maids and butlers, like Rosie from "The Jetsons."

"I'm sorry, Rosie is not particularly pragmatic," said Colin Angle, CEO and co-founder of iRobot, the company responsible for the Roomba vacuum cleaner, one of the most famous home robots on the market today.

"Robots are best designed for a single task. It allows us to make it cost-effective, really focus on doing that one job really well," Angle said.

If Angle is correct, don't expect a C-3PO or R2-D2 to be sharing your home any time soon.

"We may have a robot in the future that is really focused on interacting with you. And that robot could then interact with the other robots in the home. But the reality of home robots will be different. Not a single robot but a collection," Angle said.

That may be less spectacular than science fiction, but it beats pushing a mower in the hot sun.