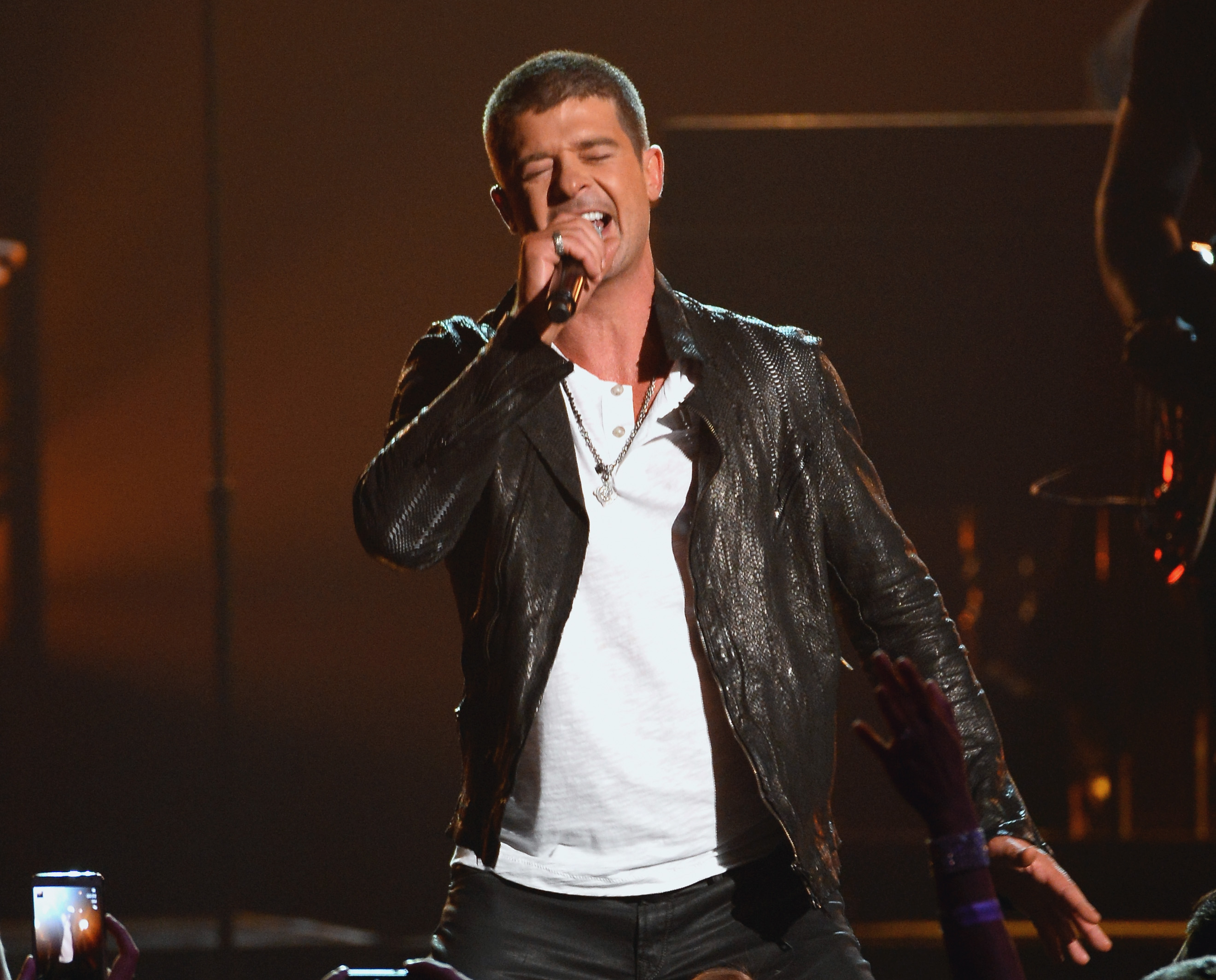 Robin Thicke's attorney says the estate of Marvin Gaye exploited the singer's "moment of personal vulnerability" in an attempt to prove that the hit "Blurred Lines" was a ripoff of a Gaye hit.

The estate sued Pharrell Williams and Thicke over the song last year.

In a deposition, obtained Tuesday by The Associated Press, Thicke says Pharrell Williams did much of the writing on the Grammy-nominated song and says, "I was just lucky enough to be there when he wrote it."

Thicke also says he was high on a mix of prescription drugs and alcohol during the writing of the song and in interviews following its release.

"In fact, I was quite surprised when I read them back sometimes," he said about the interviews.

Attorney Howard King said lawyers for the Gaye estate are just trying to prop up their lawsuit that says the 2013 international hit was stolen by writers, including Thicke and Williams, and that it ripped off "Got to Give It Up."

"Robin's moment of personal vulnerability is being exploited in the hope of diverting attention from the obvious weakness of their legal claim," King said in an email Monday night from Thicke's publicist.

The Gaye family said through an email from their attorney: "We did not inject Mr. Thicke's issues into this case. Mr. Thicke and his counsel did so in the attempt to avoid his prior admissions regarding `Got to Give it Up.'"

April depositions by Thicke and Williams in the case were unsealed Monday, revealing a different story than the one the two men were giving the public during interviews last year about the song.

"The record would have happened with or without me," Thicke said in the deposition. "I was just lucky enough to be there when he wrote it."

He also described his daily routine for attorneys.

"Every day I woke up, I'd take a Vicodin to start the day," Thicke said. "And then I'd fill up a water bottle with vodka and drink it before and during my interviews."

Thicke said he began to claim more credit for the song after it became an inescapable hit. He said in the deposition he began to take more credit than he was due in interviews because he felt disappointed that his biggest hit had been written by someone else.

The email from attorney Richard S. Busch said the court ordered that the transcripts be made public.

"Not only does our brief set out in great detail the facts, law and expert musical analysis supporting the claim of infringement of Marvin Gaye's 'Got to Give It Up' by 'Blurred Lines,' but we have also identified numerous statements by both Mr. Williams and Mr. Thicke outside of this case, and under oath in this case, which we believe cannot be reconciled and further support the Gayes' claims," the email said.

Thicke bares his soul in his new album titled "Paula"...as in Paula Patton, the wife who left him, and whom he publicly tried to win back with his new album's every song.

Thicke grew up in a Hollywood family. The son of singer and soap opera star Gloria Loring and actor Alan Thicke, who starred in the TV series "Growing Pains," Robin taught himself piano when he was 11 years old.