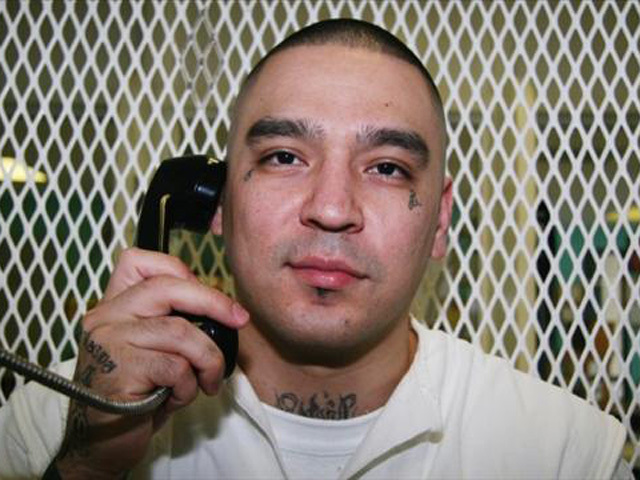 (CBS/AP) HUNTSVILLE, Texas - A former South Texas street gang member was executed Thursday evening for his involvement in the killing of four women in a gang ambush 11 years ago.

Robert Gene Garza, 30, became the 12th condemned inmate executed this year in Texas, which carries out capital punishment more than any other state.

Garza smiled and blew a kiss to friends and relatives as they entered the death chamber. In a brief final statement, he thanked them for coming and told them he loved them.

"I know it's hard for you," he said. "It's not easy. This is a release. Y'all finally get to move on with your lives."

He took several deep breaths as a lethal dose of pentobarbital began flowing into his arms, then began snoring. All movement stopped within less than a minute. He was pronounced dead 26 minutes later, at 8:41 p.m. CDT.

A member of a Rio Grande Valley gang known as the Tri-City Bombers even before he was a teenager, Garza insisted a statement to police acknowledging his participation in the September 2002 shootings in Hidalgo County was made under duress and improperly obtained.

But prosecutors said Garza orchestrated the gang's plan to silence the women, who Garza thought had witnessed another gang crime, and was present when several gang members opened fire on the women when they arrived at their trailer park home after work at a bar.

"I really didn't have anything to do with the scenario the state was providing," Garza told The Associated Press recently from death row. "I guess since we are gang members, they got me involved through the gang.

"I think they were just trying to close his case ... and they needed somebody."

Evidence later would show the women were killed by mistake. The gang member in the other crime never went to trial because he accepted a plea deal and prison term.

Garza, who was arrested in late January 2003, was convicted under Texas' law of parties, which makes a non-triggerman equally culpable. Evidence showed Garza was a gang leader, told his companions how to do the killings, was present when the shootings took place and "in all likelihood was a shooter but is downplaying his part," Joseph Orendain, the Hidalgo County assistant district attorney who prosecuted him, said this week.

In February, the U.S. Supreme Court refused to review his case. His lawyer, Don Vernay, said appeals were exhausted.

Garza filed his own last-day appeals Thursday to the high court, delaying his punishment by some two hours until the justices ruled.

In his appeals, he argued his trial attorneys failed to obtain from his mother testimony jurors should have been allowed to hear that he stayed in the gang because he feared retaliation if he quit. He also contended his trial court judge earlier this week improperly refused his request to withdraw his execution date.

Garza argued the state should assure him the lethal dose of pentobarbital to be used in his punishment was chemically effective and obtained legally. Texas prison officials have said their inventory of pentobarbital is expiring this month.

Texas prison officials said earlier Thursday they will continue to use the same drug but wouldn't say how the state will replace its supply.

"We have not changed our current execution protocol and have no immediate plans to do so," Texas Department of Criminal Justice spokesman Jason Clark said in a statement to The Associated Press.

Garza also was charged but never tried for participating in what became known in the Rio Grande Valley as the Edinburg massacre, the January 2003 slayings of six people at a home in the city.

In the case that sent him to death row, Garza was convicted of two counts of capital murder for the slayings of the four women. Evidence showed they were living in the U.S. without legal permission just outside Donna, about 15 miles southeast of McAllen.

In his statement to investigators, which Garza insisted was coerced, he said he carried out the "hit" with three other gunmen in two vehicles who opened fire on six women in their parked car.

Another Texas inmate is set to die next week.