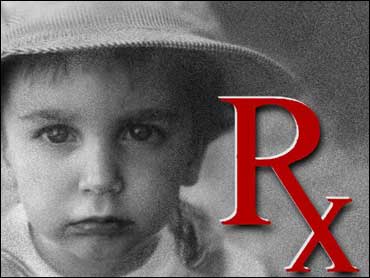 While the prevalence of the disorder is not thought to vary greatly by region, a study being released Monday found that treatment rates ranged from 1.6 percent of children's prescriptions examined in Washington, D.C., to 6.5 percent of children's prescriptions in Louisiana. Significantly higher rates were found in the South and Midwest than in the West.

Overall, about 4 percent of prescriptions examined for children ages 5 to 14 in 1999 were for stimulants including Ritalin.

The study, appearing in February's issue of Pediatrics, was done by researchers at Express Scripts Inc., a Missouri-based pharmacy benefits management company. The researchers reviewed a nationally representative sample of company prescription claims for 178,800 children throughout 1999. The claims were for all types of medication.

The variations should be examined "to reduce the risk to children from unnecessary drug therapy as well as the negative health and emotional consequences to children with untreated medical conditions," the researchers said.

Critics of excessive use of such drugs, including some doctors, have worried that the drugs sometimes are promoted by schools and others as a "quick fix" without other appropriate treatment.

Advertising of the drugs, physician practice styles, parents' and teachers' values and anti-Ritalin campaigns may have contributed to the varying drug use rates, the researchers said.

Methylphenidate, the drug more widely known by the brand name Ritalin, was the most common stimulant prescribed. Others were dexedrine and other amphetamines.

Stimulant use was found to be more prevalent among white children and those from higher-income families. Cox said the higher rates likely are representative of the nation's commercially insured population. The study did not look at Medicaid claims.

The American Academy of Pediatrics' guidelines for treating attention deficit hyperactivity disorder cite data suggesting the disorder affects 4 percent to 12 percent of school-age children, or as many as 3.8 million youngsters, most of them boys.

AAP guidelines, issued in 2001, recommend stimulants and behavioral therapy for treating ADHD and say that stimulants are generally safe and that side effects, such as decreased appetite and jitteriness, are usually short-lived.

"Research has clearly documented that this is a condition that exists across countries and across socio-economic groups," said Dr. David Fassler, a member of the American Academy of Child and Adolescent Psychiatry's governing council.

"In areas where only 1 to 2 percent of children are receiving a treatment which is known to be beneficial, we need to ask why," he said.