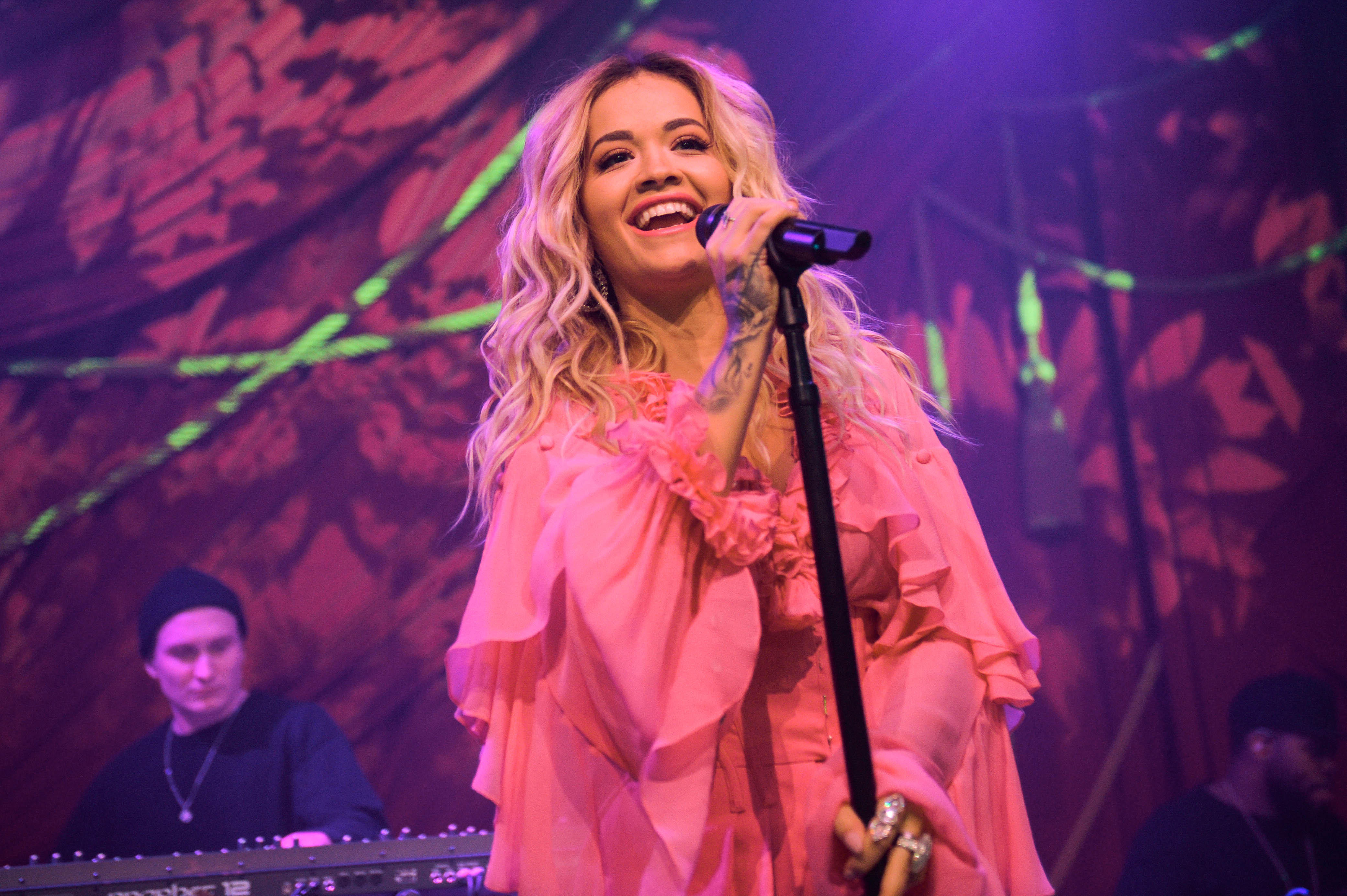 Rita Ora has had a very busy week. The singer dropped her new song "Proud" last Friday as part of Absolut's Open Mic Project and this Friday, she released the "For You" music video with Liam Payne, off the "Fifty Shades Freed" soundtrack. Ora also acts in the film, which will be released Feb. 9.

Ora talked to CBS News about why "Proud" is meaningful to her and how she plans to show solidarity with the Time's Up movement at the Grammys on Sunday.

Tell me more about your work with Absolut's Open Mic Project, where you wrote a song inspired by fan-submitted stories.

What does the song "Proud" mean to you?

"'Proud' was a song I did exclusively for Absolut and Spotify. It's not going to be on my album. It's just for this project, because the point was, I wanted the stories to really inspire a song so people could have something to fall back on when they fall down or need a pick-me-up and that really was the message.

"There were some really cool stories for me. A lot actually coincidentally had to do with LGBT issues and where they grew up, so it was really influenced by their environments. Some were from Germany, Mexico, Brazil -- all over -- and they were talking just about the opinions and people's judgments. That's something that stood out a lot because 'proud' -- I know it's an obvious word, but it also means what it means and I thought it's great to go with something that everybody understands."

You've talked before about how you were a refugee from Kosovo. When you were young, did you ever find it a challenge to feel proud?

"I think it was difficult for my family and parents. I moved to the U.K. when I was 1, so for me, I didn't remember a lot, so I was very lucky in that sense but I definitely felt like there was barrier from not being from there and having to explain what is my packed lunch because it was a different kind of food and whatever. There was some adjustment, but I never felt like I wasn't welcome. I just felt like I had to explain myself just a little bit more."

Did you feel like music helped you build your pride and feel more confident?

"I think music for me was my security blanket. I don't know how to explain it. I just felt so much better having something I could express myself with because I think art is one of the few things we have left to really show our individuality."

Tell me more about your upcoming album. Your fans have been waiting for a while -- what's different in the new album?

"I've been working on this record for about three years. It has a lot to do with my journey coming in as a girl and a teenager in this business to become a woman. I've definitely grown up a little more. I have a lot more to say with my story. I'm much more open and honest. I got to work with great people in this album: Marshmello, Avicii, Ed Sheeran. There's been a lot of support from other people who are also in this business so it helped me get my confidence going. I'm just singing my heart out and I'm really, really, really, really proud."

Speaking of your collaboration with Ed Sheeran, you've known him since you were both teenagers. How was working with him after knowing him for so long?

"It's great. I felt like, 'Why didn't we do this sooner?' But it really does come out. You can tell when you've known someone for a while and it helps to feel comfortable in a studio and all this kind of stuff, so it was definitely easier to work with him than anybody else because we've known each other for so long."

"It's really so great having an amazing cast. They really taught me a lot and being part of such a huge franchise is such a compliment. It's opened so many doors for me and I think that's only the start for my movie career. It's sad that it's nearly over, but it's been an amazing."

You just released "For You" with Liam Payne for "Fifty Shades Freed." The music video is very luxe, with lots of pretty scenery. How did you enjoy shooting in that beautiful mansion?

"It was so nice, but it was freezing. It was near New York, out in Connecticut. It was gorgeous and so fun. Liam was a joy to work with and yeah, it was extremely exciting time since I'm also in the movie. I was really happy to be part of the soundtrack."

What are you most looking forward to at Sunday's Grammys?

"I'm really looking forward to seeing how great the red carpet will be. We are all going to come together as women and there's been some really great songs out this year. I can't wait for the performances."

Are you excited to be part of the music industry's response to Time's Up on Sunday?

"Yeah. I'm wearing the white rose this week, which represents solidarity with everything that's going on and there's a lot of people also wearing it, so I'm excited to show my support."