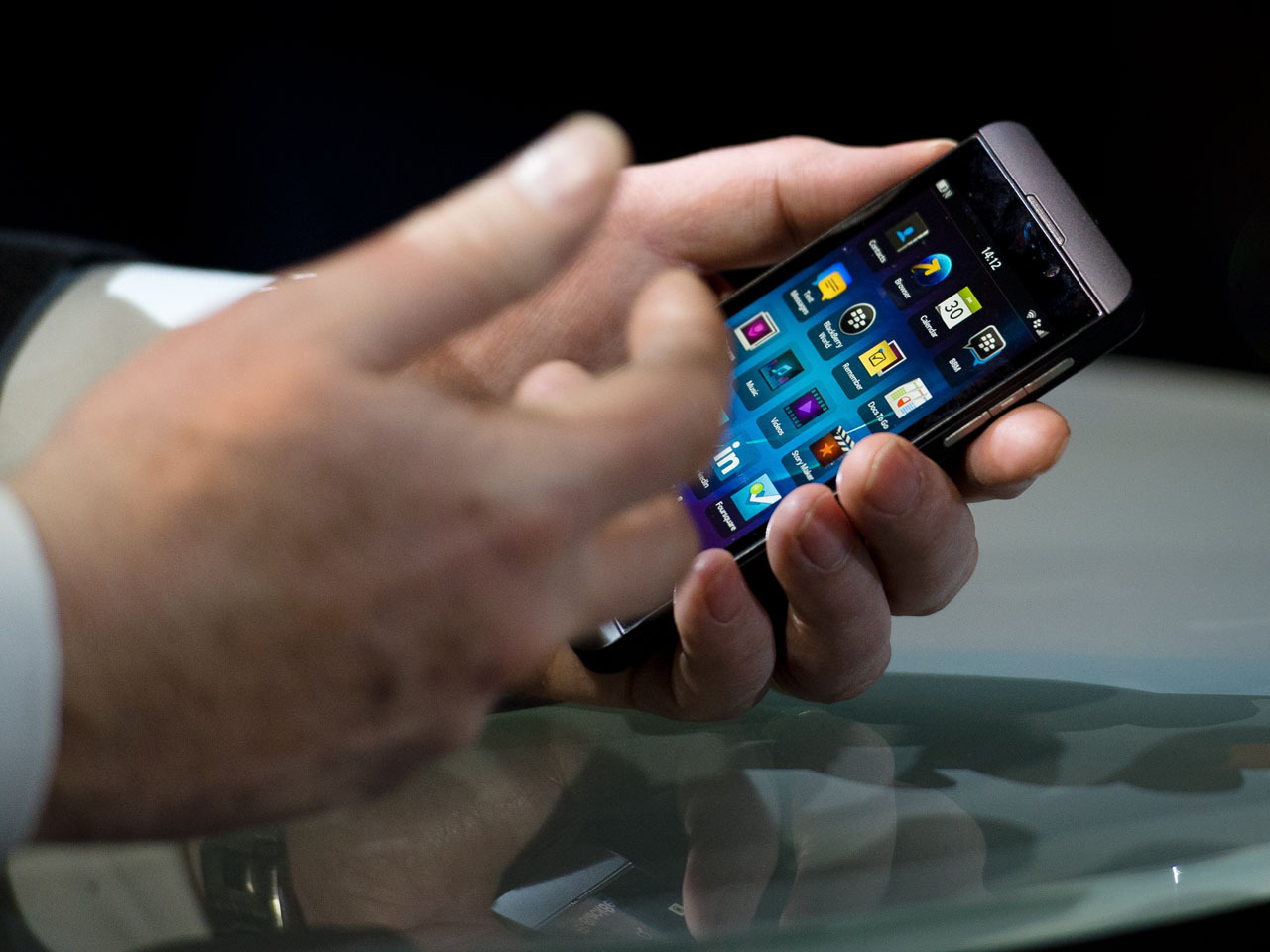 TORONTO Shares of BlackBerry maker Research In Motion (BBRY) plunged nearly 28 percent Friday after the company posted a loss and warned of future losses despite releasing its make-or-break new smartphones this year.

Analysts were looking for insight into how phones running RIM's new Blackberry 10 operating system are selling. It wasn't good.

But the company said it anticipates it will generate an operating loss in the second quarter too.

Mike Walkley, an analyst with Canaccord Genuity, said it's clear the new operating system has not turned the company around.

"With Z10, Q10, and Q5 all shipping in the August quarter and BlackBerry still guiding to a loss we believe that is strong evidence BB10 has not turned around BlackBerry in an extremely competitive smartphone market," Walkley said.

Chief Executive Thorsten Heins said on a conference call with analysts that the "transition takes time" and noted things are better compared to last year when "we were told the company was finished."

Analysts expected RIM to earn 5 cents a share on revenue of $3.37 billion.

RIM also said it anticipates it will generate an operating loss in the second quarter. Heins noted the highly competitive smartphone market makes it difficult to estimate revenue and levels of profitability.

Heins also announced on the call that he has halted further development of RIM's failed tablet offering, the Playbook. The Playbook has not sold well.

"Our teams have spent a great deal of time and energy looking at solutions that could move the BlackBerry 10 experience to Playbook, but unfortunately I am not satisfied with the level of performance and user experience and I made the difficult decision to stop these efforts and focus on our core hardware portfolio," Heins said.

Heins said they'll continue to support the PlayBook on the existing software platforms and configurations.

Colin Gillis, an analyst at BGC Partners, said it's tough for RIM because it's hard to make money on handsets now.

"There are a lot of people that haven't been able to make it happen. For all the talk about Apple and Samsung, there are companies like Nokia and HTC," Gillis said.

Gillis said things look bleaker for the company and it's going to continue to be a struggle.

"Everybody is coming to this reality. You talk to HTC, Samsung and even Apple, the high end is saturated. That's a fact," Misek said. "Anybody in the high end who wants a smartphone in the world has one, so you have to knock somebody away from another platform. That is a brutal, brutal market."