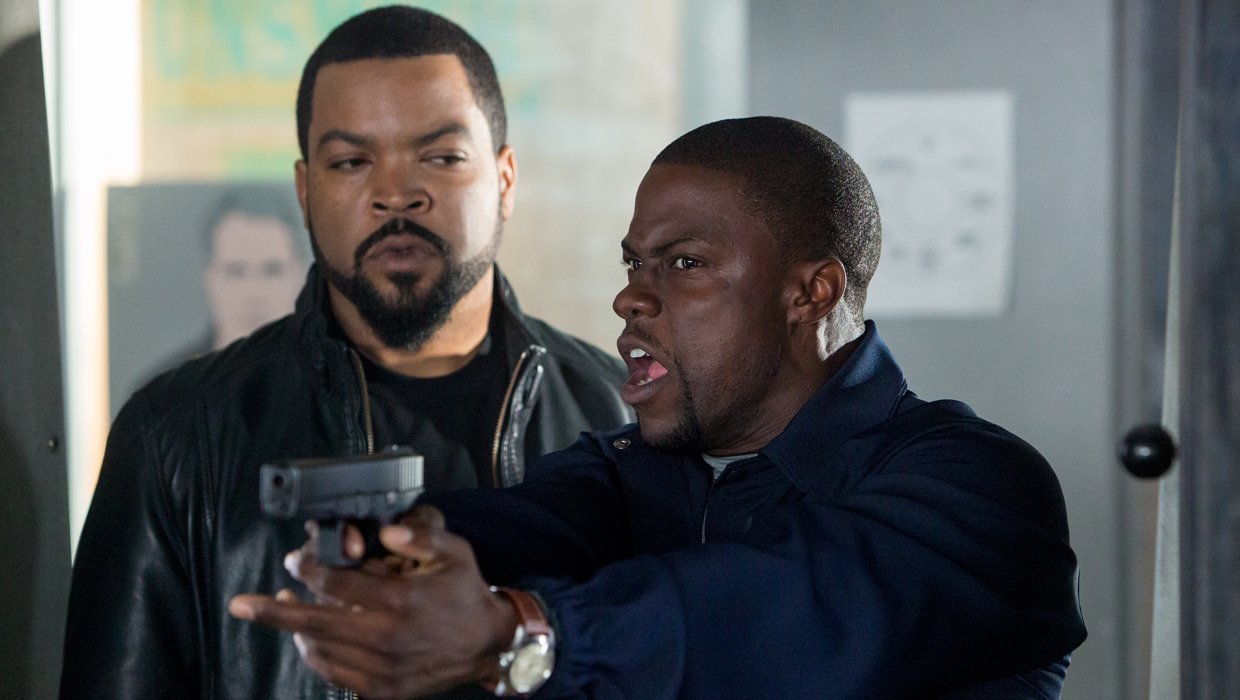 The Kevin Hart comedy "Ride Along" continued to speed through a typically quiet box-office frame, while the monster thriller "I, Frankenstein" couldn't be roused from the dead.

Universal's buddy cop comedy "Ride Along," co-starring Ice Cube, cruised to the top of the box office again, taking in $21.2 million in its second weekend, according to studio estimates Sunday. The film last week set a January debut record, with $48.6 million over the three-day holiday weekend.

For the second weekend in a row, Universal claimed No. 1 and No. 2 at the box office, with the Afghanistan war film "Lone Survivor" earning $12.6 million in its fifth week. With a cumulative total of $93.6 million, the relatively inexpensive "Lone Survivor," starring Mark Wahlberg, will soon cross the $100 million mark.

But "I, Frankenstein" had a sizable budget, estimated at $65 million, yet opened with just $8.3 million. Starring a beefed-up Aaron Eckhart as Mary Shelley's famous monster in a modern-day setting, the 3-D film wasn't screened for critics and came into the weekend with little buzz. Lakeshore Entertainment financed the film, which was distributed by Lionsgate.

With $13 million in overseas box office, "I, Frankenstein" could scare up better business internationally.

Some of the biggest Oscar bounces were abroad, where several nominees still have countries to open in. Paramount's Oscar-nominated "The Wolf of Wall Street" led international business, with a robust $31 million. Fox Searchlight's "12 Years a Slave" has also proved unusually strong overseas for such an American story. It took in $8.3 million internationally over the weekend.

Hollywood will largely cede next weekend to the Super Bowl, except for new releases "Labor Day," starring Kate Winslet and Josh Brolin, and "That Awkward Moment, with Zac Efron and Michael B. Jordan.