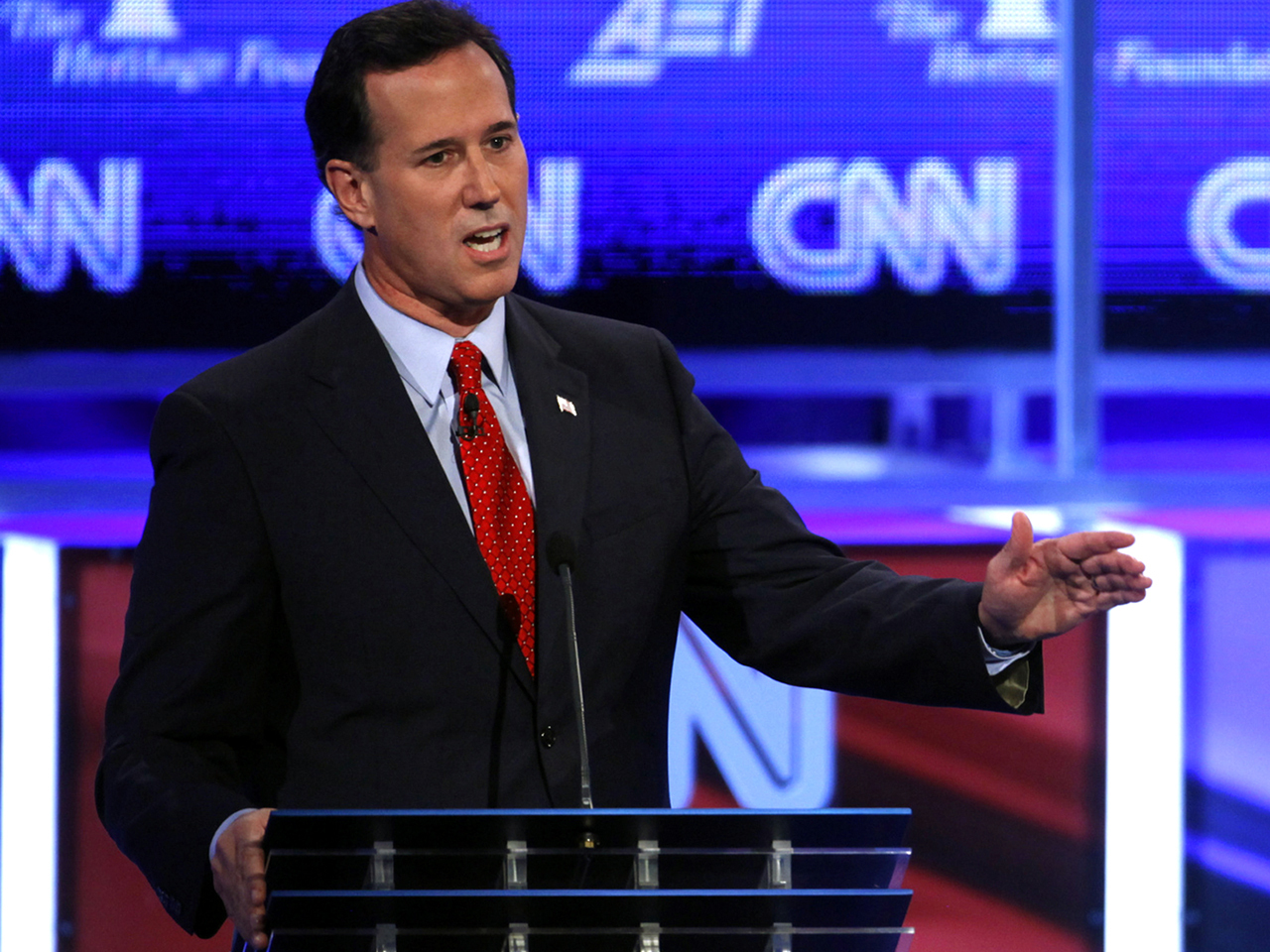 In a discussion over balancing national security and privacy, Republican presidential candidate Rick Santorum said Tuesday he would endorse profiling, specifically of Muslims and young men, in order to enhance security at airports.

"We should be trying to find the bomber, not the bomb," the former Pennsylvania senator said at the CNN debate, explaining his support for profiling. He cited the use of profiling in Israel as an example of how it would work.

Asked to explain by debate moderator CNN's Wolf Blitzer who would be profiled, Santorum said, "The folks who are most likely to be committing these crimes."

"Obviously, Muslims would be someone you'd look at," he said, adding that "the radical Muslims are the people that are committing these crimes, by and large, as well as younger males.

Businessman Herman Cain added that he also thinks the Transportation Security Administration would benefit from what he called "targeted identification."

Cain said endorsing ethnic profiling would be "over-simplifying it." He said the government should "ask the professionals," referring to intelligence agencies, who should be profiled.

"I have a personal belief that you never have to give up liberty for security," Paul said earlier in the debate.

The discussion over privacy versus national security largely focused on the Patriot Act. Former House Speaker Newt Gingrich said he would strengthen the Patriot Act because the president must have the tools at his disposal to stop a nuclear attack within U.S. borders.

"The key distinction for the American people to recognize is the difference between national security requirements and criminal law requirements," he said. "I think it's desperately important that we preserve your right to be innocent until proven guilty, if it's a matter of criminal law. But if you're trying to find somebody who may have a nuclear weapon that they are trying to bring into an American city, I think you want to use every tool that you can possibly use to gather the intelligence."

Paul said that the Patriot Act "undermines our liberty and that terrorism should be treated as a crime. Using all resources in order to prevent such crimes "is like saying that we need a policeman in every house, a camera in every house because we want to prevent child- beating and wife-beating," he said.

"You can prevent crimes by becoming a police state," Paul continued. "So if you advocate the police state, yes, you can have safety and security and you might prevent a crime, but the crime then will be against the American people and against our freedoms."