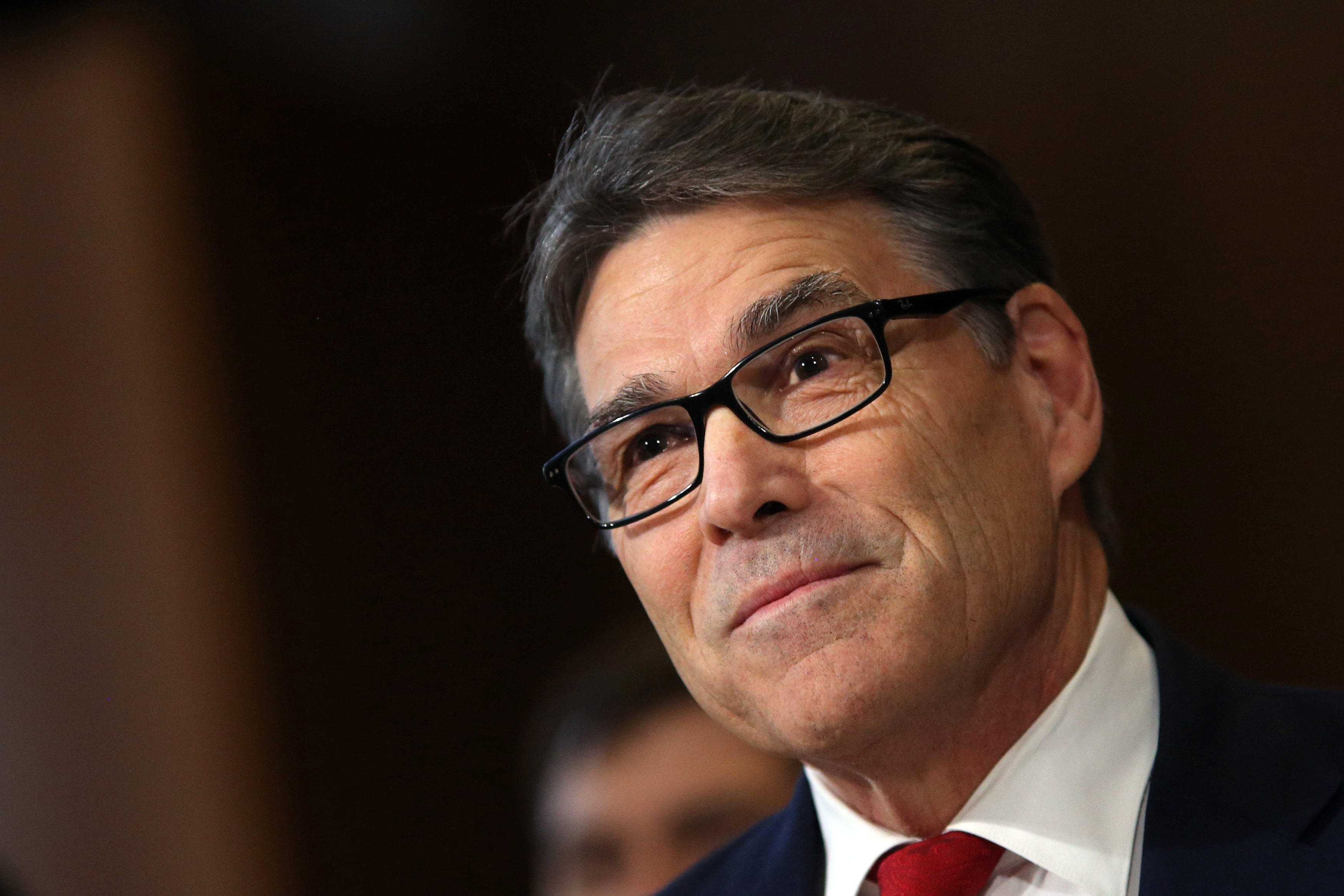 Former Texas Gov. Rick Perry, who was nominated by Donald Trump to lead the Department of Energy, said Thursday that he regrets his previous calls to shutter the agency, testifying before the Senate Energy and National Resources Committee.

“My past statements made over five years ago about abolishing the Department of Energy do not reflect my current thinking,” Perry said in his opening remarks.

Perry, infamous for his 2011 “oops” debate moment when he fumbled an answer on which federal agencies he would dismantle, went on: “In fact, after being briefed on so many of the vital functions of the Department of Energy, I regret recommending its elimination.”

Over the past several weeks, President-elect Trump and his transition team have faced criticism over their seeming targeting of employees who have worked on climate change research.

Perry, who has expressed skepticism in the past about climate change, addressed the contentious issue Thursday, saying in his prepared testimony of global warming: “I believe some of it is naturally occurring, but some of it is also caused by man-made activity.”

“The question is how do we address it in a thoughtful way that doesn’t compromise economic growth, the affordability of energy or American jobs,” he said.

Perry, who would be in charge of the Energy Department’s over $25 billion budget if confirmed, also took questions on the controversial questionnaire sent out by the Trump team to the agency’s employees seeking information about those that had worked on President Obama’s climate change-related efforts.

The former Texas governor disavowed the transition team’s survey and promised to “protect” the individuals in the scientific community from targeting.

He added: “I have a history of working with people to deal with the challenges that face us.”

Perry, who had some vitriolic spats with Mr. Trump while on the campaign trail, pledged Thursday to carry out the president-elect’s energy policy, which includes investments in renewable fuels.

“My understanding from having conversations with president-elect Trump is that he truly is an all-of-the-above supporter of American energy,” Perry said.

Perry, who comes from a political background rather than a strong scientific or policy one like his most recent predecessors, will also be charged with managing the nation’s nuclear arsenal. In his hearing, he promised to maintain and modernize the U.S. stash of nuclear weapons. And despite his lack of scientific experience, last week Perry earned the good will of nuclear physicist Ernest Moniz, the current energy secretary. Moniz told reporters that Perry “is very intent on doing a good job.”

Still, some have criticized the Texan, who oversaw the management of an oil-rich state for nearly 15 years, for his ties to fossil fuel industries.

Until recently, Perry sat on the board of Dallas pipeline company Energy Transfer Partners, which is building the Dakota Access Pipeline. He resigned last year, following Mr. Trump’s announcement naming him to the energy secretary position.

In one moment of levity during his Senate questioning, Perry drew some laughter for his comments to Minnesota Sen. Al Franken, a former “Saturday Night Live” comedian.

“Governor, thank you for coming into my office,” Franken said at the beginning of his line of questioning. “Did you enjoy meeting me?”

Referencing his chat with Franken in his Senate offices, Perry quipped: “I hope you are as much fun on that dais as you were on that couch.”

Several members of the committee burst into laughter, with Franken shaking his head.

“May I rephrase that sir, please?” Perry said, laughingly noting that “well, I think we found our Saturday Night Live soundbite.”