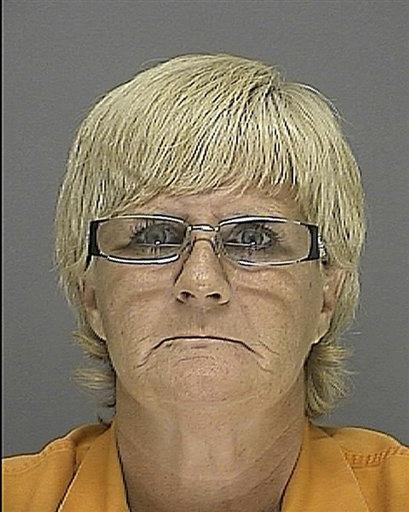 Rice spoke at the end of her two-day trip to the region, where she met separately with leaders from both sides to pressure them to put aside their disagreements and cooperate on the pullout, which is to begin in less than two months.

"Israel and the Palestinian Authority share a commitment to ensure that disengagement happens smoothly, without violence," she said.

If the withdrawal, which Rice repeatedly called "a historic step," can be completed peacefully, it would build trust that can create the conditions for renewed peace efforts, she said.

CBS News Correspondent Robert Berger reports that Rice believes a peaceful transition could lead to an end to four and a half years of bloodshed.

They wanted the houses in the Jewish settlements in Gaza destroyed. They were committed to ensure the flow of goods and people out of Gaza as part of an effort to rebuild an economy that was devastated after more than four years of fighting. They also agreed to discuss what to do with the greenhouses and other commercial assets the Israelis have built in the settlements.

Israel and Palestinian officials have met in recent weeks to try to ensure that the pullout will not lead to chaos. Israeli Prime Minister Ariel Sharon and Palestinian leader Mahmoud Abbas plan to meet Tuesday to hammer out some of the details.

Israeli officials said Rice told Sharon that Abbas was not like his predecessor Yasser Arafat, whom the U.S. and Israel accused of fomenting terror. Rice said Abbas truly wanted to end the violence, but needed Israel to help strengthen him domestically by releasing more of the roughly 8,000 Palestinian prisoners held in Israeli jails, the officials said.

Israel has called on the Palestinians to ensure that militants do not use the disengagement to wage attacks on soldiers and police as they try to evacuate resistant settlers from Gaza.

"I believe that a smooth and successful implementation of the plan in coordination with the Palestinians, will help energize the political process under the road map," Sharon said. "All this is dependent on the Palestinians stopping the terror, violence and incitement, dismantling and disarming terror groups, and implementing the needed reforms."

The road map, which calls for a Palestinian state by the end of 2005, faltered soon after its adoption in 2003 with both Israel and the Palestinians failing to meet initial obligations. The Palestinians have sought to incorporate the Gaza pullout into the road map. Israel, which initially envisioned the pullout as a unilateral move, has resisted committing to any peace efforts until after it has left Gaza.

Rice, who met with Abbas on Saturday, said the withdrawal could help lead to the creation of a Palestinian state.

"A successful disengagement will enhance the security of Israel and it should give a sense of confidence and trust between the Israelis and Palestinians as they look to a better future," Rice said.

Sharon said Israel was already reaping the fruits of the pullout, which has strengthened its economy and enhanced its political status.

He added that the United States has an important role to play in ensuring that the mid-August withdrawal goes smoothly.

"After so many years of terror and bloodshed, the achievement of security, peace and tranquility is not an easy task," Sharon said. "We hope the terror will cease so that we, Israelis and Palestinians, with the assistance of the United States, will be able to start progressing toward the peace that we all yearn for."

In a meeting later Sunday, Foreign Minister Silvan Shalom told Rice that Israel hoped the pullout would lead to peace with the Arab world.

"I'm sure after the disengagement plan, it could be the appropriate time for Israel and the Arab countries to move together toward better understanding and better relations," he said.

Rice is visiting Israel at a time when relations are strained by a dispute over Israel's sale of military technology to China. She told the news conference that she thinks the Israelis "now understand our concerns, and I'm certain that as good partners can, that we can come to some resolution to allow us to proceed."

Israel Foreign Minister spokesman Mark Regev said the dispute had been resolved, though he did not provide details.