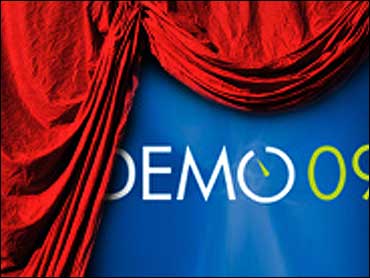 Last week's Demo 09 conference in Palm Desert, Calif., reminded me of my high-school reunions. The people were familiar but the energy level wasn't quite what it used to be.

And like those reunions, there were lots of people who didn't show up Demo, which has been around since 1991, is a place for companies large and small - but mostly small - to announce new products. While some products this year were from established companies like Qualcomm and Symantec, most came from start-ups or very small companies that have been laboring in obscurity.

They come to Demo hoping to be noticed by the press and the venture capitalists. Some of the demonstrators at the show look like they're only a few years out of high school.

This year, 39 companies paid to demonstrate at the show, a little more than half the number in some recent years. The basic reason is obvious - the economy. But, according to Demo Executive Producer Chris Shipley, it's not just about being able to afford the fees and travel expenses.

Some companies had to lay off engineers and delay their product launches for lack of development resources. There's no point in coming to Demo if you have nothing to demonstrate.

Attendance at the event overall was a bit lower than usual. I didn't do a head count but Shipley said there were 500 attendees, down from 700 last year.

Still, just because a party is small doesn't mean that it's not fun. For example, there was a lot of energy in the room when Skout took the stage. Skout is an online dating service with products for the iPhone and other mobile platforms that takes advantage of global positioning to help people find and flirt with people nearby.

At Demo they announced Skout Out, a large interactive plasma display for bars where you can see pictures of people nearby and dedicate a song to them or send them electronic virtual flowers. Skout can't end the recession, but it can help some of its users avoid depression.

There were also some oohs and aahs when Always Innovating showed off its Touch Book with a detachable screen dubbed a tablet PC. The device, which is expected to cost under $300 when it ships later this year, is one of the most innovative computer products I've seen lately and it comes from a company very few people have even heard of.

Then there was a simple little program with the ridiculous but memorable name "gwabbit" that, for $19.95, solves the mundane yet time-consuming problem of having to copy information from an e-mail into the Outlook address book. With one click, it gathers information such as phone number and street address and puts it in the right place without copying and pasting. It won't change the world but it could save Outlook users a little bit of time.

The company that won over people's hearts is Silverstone Solutions, which showed off a program that can help the 83,000 Americans waiting for kidney transplants by sorting through potential donors to find matches. This company may never make the Fortune 500, but it could help save thousands of lives.

What all of these companies have in common is entrepreneurs who are enthusiastic about what they're doing and - from all appearances - motivated by something other than just money. They're creative people with good ideas they want to share with the world.

Speaking of money, I attended a Demo panel made up of venture capitalists who agreed on one thing: Raising money in today's economic climate is difficult but not impossible.

Eric Tilenius of Tilenius Investments saw a silver lining. "Now we can go back to the basics in terms of how companies are formed," he said, pointing out that some of the most successful Silicon Valley companies, including Apple and Intuit, started out with very little venture capital.

David Hornik of August Capital thinks "what is happening now is good for overall technology and venture communities - but only those who survive."

It's not clear how many of the 39 companies at Demo will survive, but I'm quite sure that some will. And for those that don't, the world won't come to an end. Like those aging, former high schoolers who keep showing up at reunions, entrepreneurs have a way of coming back.

Only, instead of reliving the past, they come back with new ideas, new products, and new companies. Times may be tough, but hope springs eternal.
By Larry Magid
By Larry Magid