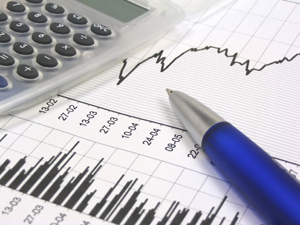 Financial planners and writers will often tell you something along these lines: If you invest in a portfolio balanced between stocks and bonds, withdraw 4 percent each year for retirement income and give yourself an annual raise to account for inflation, there's a roughly 90 percent chance that your money will last for at least 30 years. Hence, the justification for the so-called "4 percent rule."

That rule is a good starting point for considering an appropriate withdrawal rate. But if you fall into one of the following two categories, you might want to consider withdrawing amounts of less than 4 percent:

In addition, there's a point of view emerging among some financial analysts, such as Dr. Wade Pfau, that the research supporting the 4 percent rule are based on a period of U.S. history that may have represented a remarkably good time for stock and bond returns. In other words, future returns on stocks and bonds may not be able to support a 4 percent withdrawal rate. If you believe this, you may want to use a lower withdrawal rate.

Here's the simple table comparing these payout amounts and rates for $100,000 in retirement savings.

Now let's look at managed payout funds offered by mutual fund companies. Vanguard offers its managed payout funds, and Fidelity offers so-called income replacement funds. These funds invest in portfolios balanced between stocks and bonds, and pay a monthly retirement income that includes interest, dividends and principal payments. Here's a comparison of the annual retirement paycheck produced by these funds and their payout rates as of October 2012.

The payouts from these funds are generally higher than those you get by following the simple managed payout rules noted above. Why? A few reasons:

- With the simple managed payout rule, your monthly income is intended never to decrease, even with poor investment returns. You start with a low payout rate to be able to withstand possible future unfavorable investment returns.

- With the Vanguard and Fidelity managed payout funds, your monthly income can decrease if returns head south.

Clearly, there are differences in the way systematic withdrawals can work, and you'll need to spend some time learning about the different strategies and features. Don't simply pick the method or fund that generates the highest retirement income. And recognize that managed payouts require the most ongoing attention of the three different ways to generate retirement income.

The retirement income data in the charts above represent pre-tax income amounts. So it's important to recognized that federal and state income taxes will have a significant effect on your after-tax income and should be taken into account. The income taxes you pay will vary depending on whether your retirement savings have previously been invested before taxes in traditional IRA or 401(k) accounts or have been invested after taxes, such as in a Roth IRA. Your eligibility for special tax treatment on capital gains, ordinary dividends or municipal bonds will also come into play.

Stay tuned for my next post that shows the second quarter retirement paycheck scorecard for Method #3, immediate annuities, and wraps up this series.