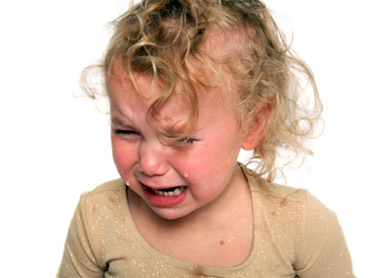 (CBS/AP) The owner of a coastal North Carolina restaurant is fed up with screaming children who bother other diners.

So Brenda Armes has posted signs at Olde Salty restaurant in Carolina Beach that read "screaming children will not be tolerated." She told WECT-TV in Wilmington that the signs have worked by attracting more customers than they turn away.

Customer Gary Gibson agrees, saying he likes the signs because a meal isn't enjoyable when kids are screaming.

But a mother of two, Ashley Heflin, says parents can't help it if their children scream.

If a child is screaming, Armes says a restaurant employee will ask the parent to take them outside. They won't be asked to leave the restaurant for good.

But in Brooklyn, N.Y., one establishment has banned babies entirely. According to The Gothamist, a New York news blog, the Double Windsor bar doesn't permit kids after 5 p.m. They posted a sign recently that reads, "No one under 21 years of age allowed after 5 p.m. ... Don't get us wrong, we love kids (especially yours)."

What do you think of this measures -- are they fair to parents? Let us know what you think.