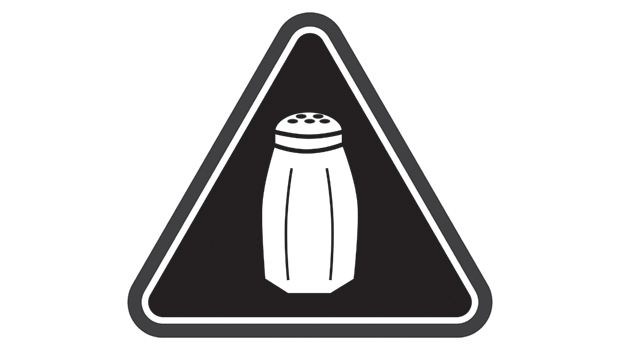 The National Restaurant Association's suit came just two days after the rule took effect, compelling chain eateries to put a salt-shaker icon on menu items that top the recommended daily limit of 2,300 milligrams of sodium - about a teaspoon. The group had vowed to challenge the city Board of Health-approved rule, which will sprinkle salt warnings on some dishes ranging from burgers to pizzas to salads.

"Ironically, this regulation will confuse and mislead consumers into potentially making less healthy food choices through the law's spotty, inconsistent application and inaccurate scientific distortions," says a copy of the suit, which the association said it filed in a Manhattan court late Thursday; it wasn't immediately available on electronic records.

The association says the health board overstepped its legal bounds and is muddying waters at a time when federal regulators are working on nationwide menu labeling rules. The suit also brands the salt warning "nonsensical" in applying to only some food vendors and argues it violates restaurateurs' free speech rights by forcing them to post a warning they dispute as based on "scientifically controversial opinion."

The city Law Department said it would review the claims but was "confident that the Board of Health has the authority to enact this rule."

Public-health experts say the symbol will help diners see how salty some dishes can be. Some cheeseburgers can count over 4,000 mg of salt, for instance. Even some salads can top 3,000.

"I think one of the things the salt labeling will do is point out to people how much salt is in food that they may not be aware of. For instance, whole wheat bread can have more salt than a bag of potato chips," Dr. Jonathan Newman, a cardiologist and assistant professor of medicine at NYU Langone Medical Center, told CBS News.

Partly due to all this "hidden" salt, "the average American eats two to three times the recommended daily intake of salt a day, which we know is very tightly linked to the development of high blood pressure, a very important cause of stroke and heart disease," Newman said.

Many experts say Americans are eating too much salt - the U.S. average is about 3,400 mg of sodium per day - and the high-salt diet is raising their risks of high blood pressure and heart problems.

But salt producers note that some research has found otherwise. An international study involving 100,000 people suggested last year that most people's salt intake was OK for heart health, though other scientists have faulted the study.

"Regulations to discourage salt consumption are sending the wrong message," said Lori Roman, president of the Salt Institute, which is supporting the restaurant association's lawsuit.

New York has faced lawsuits over other healthy-eating measures it has pioneered. The challenges have had mixed results: Courts upheld a requirement for chain eateries to post calorie counts on menus but struck down a size limit on sugary drinks.

The salt warning will apply to an estimated 10 percent of menu items of chains with at least 15 outlets nationwide, according to health officials. They say those chains do about one-third of the city's restaurant business.

Despite the lawsuit, some chains are on board with the salt warning rule. Panera CEO Ron Shaich has said he supports it, and 40 New York City-area Applebee's made a point of complying before the effective date, with Apple-Metro CEO Zane Tankel saying he felt it was important to give customers information.