(LEBANON, Ohio) At a rally in front of the "oldest hotel in Ohio" in this idyllic small town, one man in the crowd of 5,500 people held a sign that seems to have summed up the sentiments of many conservatives: "America Respects John McCain. America Loves Sarah Palin." 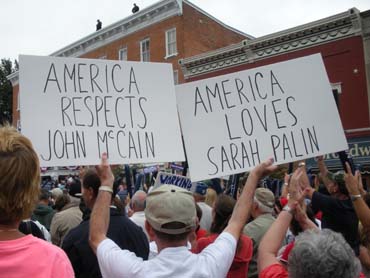 It's that "love" that seems to be drawing such large and enthusiastic crowds to McCain/Palin rallies. Many in Lebanon wore Palin pins and brought homemade signs to the event, such as one that read, "Ohio Hearts Sarah & The 1st Dude."

If the Republican ticket were The Beatles, and the crowd in Lebanon like screaming teenagers at the Ed Sullivan Show, Palin, in the eyes of many, is the ticket's Paul McCartney, while McCain would be more like George Harrison. As long as the Republicans keep climbing in the polls, the Arizona senator seems just fine with that perception. 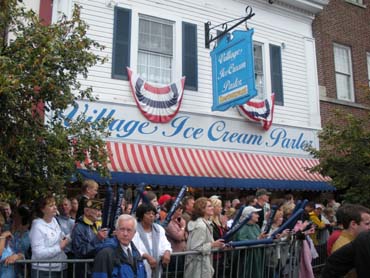