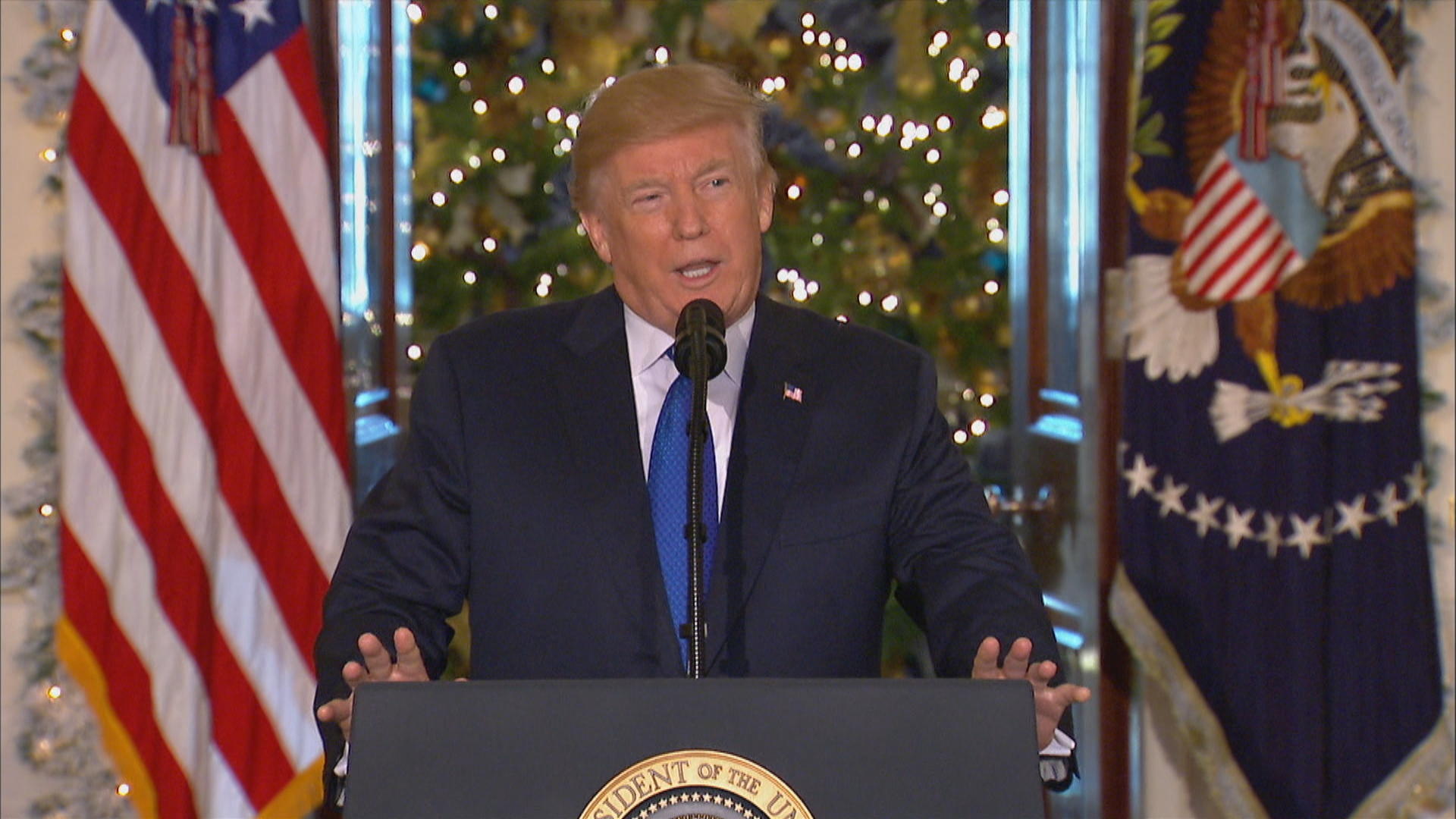 House and Senate Republicans are ready to end the year with what the GOP is portraying as a big gift for President Trump. They reached a tax reform compromise Wednesday, combining the House and Senate bills that would cut taxes by more than $1.4 trillion over a decade.

The GOP wants to keep a promise to send a final bill to the White House by Christmas. Democrats claim the new version is even more slanted toward the wealthy.

The bill also changes the Affordable Care Act and preserves most deductions for medical expenses, student loan interest and state and local taxes.

Republicans have worked out an agreement between the two bills in principle and now all they need to do is put it into legislative language, reports CBS News correspondent Nancy Cordes. They still think they're on track to pass tax reform in the Senate on Monday and in the House on Tuesday, enabling the president to keep his promise of providing "the American people a giant tax cut for Christmas."

The combined bill would eliminate Obamacare's health insurance mandate, double the standard deduction for individuals and married couples, and allow taxpayers to deduct a combined $10,000 from state and local income taxes and property taxes. It would also lower individual tax rates, bringing the top rate down from 39.6 percent to 37 percent.

Democrats argue the biggest benefits still go to the wealthy and to corporations, which would see their tax rates drop from 35 percent to as low as 21 percent.

"Republicans say that what they learned from the Alabama race is that they need to get things done to show the American people that they can govern," Cordes remarked to Senate Minority Leader Chuck Schumer.

"When they say they need to get something done it's as if you have a sick patient and instead of curing him, you chop off their right arm and say we're getting something done. The patient isn't going to like it too much," he replied.

But in a contentious bipartisan tax conference Wednesday, Republicans insisted that under their plan, nearly everyone will pay less – at least in the short term. They also said an overhaul of this magnitude is long overdue.

Congressional sources tell CBS News they expect to get a final analysis from the Joint Committee on Taxation, a bipartisan congressional group, by Friday. Republicans also say they've been consulting with potential holdouts all along and they believe they're going to stick with them.