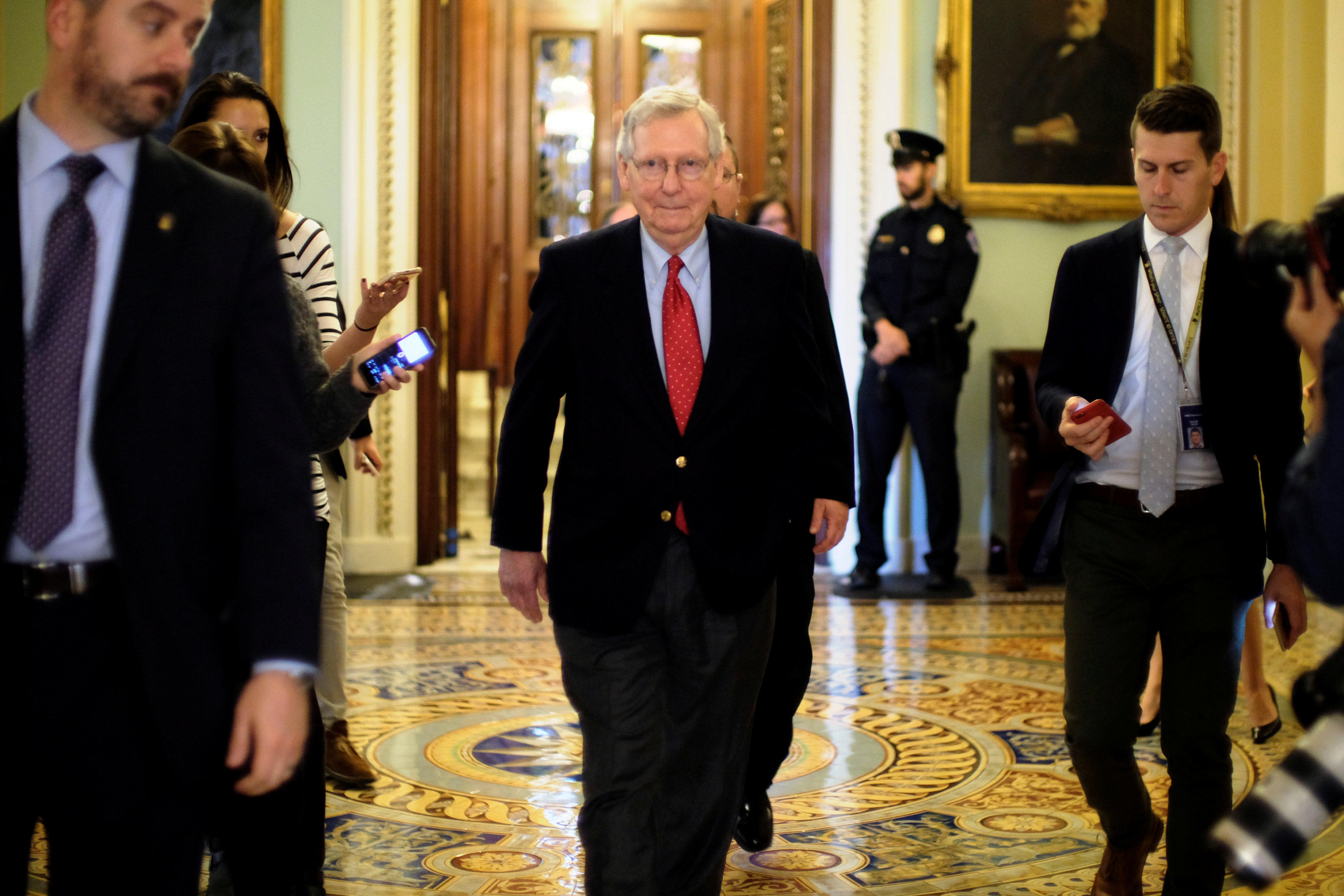 WASHINGTON -- House and Senate GOP leaders forged an agreement Wednesday on a sweeping overhaul of the nation's tax laws, paving the way for final votes next week to slash taxes for businesses, give many Americans modest cuts and deliver the first major legislative accomplishment to President Trump, CBS News has confirmed.

Top GOP aides said lawmakers had reached an agreement in principle on the final package. They spoke on condition of anonymity because they were not authorized to talk publicly about private negotiations.

The broad parameters of the deal call for cutting the top tax rate for the wealthy from 39.6 percent to 37 percent, slashing the corporate rate from the current rate of 35 percent to 21 percent and allowing homeowners to deduct interest on the first $750,000 of a new mortgage.

The bill, according to senior congressional aides, also allows taxpayers to deduct up to $10,000 in state and local taxes — either in property taxes or income taxes. The bill also allows people to continue to file for medical expense deductions, but temporarily sets a lower cost threshold -- 7.5 percent of adjusted gross income, down from 10 percent.

Sources tell CBS News formal details will be released when the conference report is filed later this week.

One congressional aide said the deal was contingent on whether late changes to the bill still complied with budget rules adopted by both the House and the Senate. Lawmakers were waiting to hear back from analysts at the nonpartisan Joint Committee on Taxation.

The final House-Senate compromise is on track to be unveiled this week, the aides said.

Asked if there is a deal in principle on the tax cuts, Sen. Orrin Hatch, R-Utah, said, "It's more than that. I think we've got a pretty good deal."

The measure would give Trump his first major victory in Congress. It fulfills a longstanding goal by top Republicans such as House Speaker Paul Ryan, R-Wis., to rewrite the loophole-cluttered tax code.

As Trump met with lawmakers at the White House, he said they were getting "very, very close to a historic legislative victory."

The measure has come under assault by Democrats who say it is unfairly tilted in favor of business and the wealthy.

"It would be wrong for Senate Republicans to jam through this tax bill without giving the newly elected senator from Alabama the opportunity to cast his vote," Schumer told reporters. "That's exactly what Republicans argued when (former Massachusetts GOP Sen.) Scott Brown was elected in 2010."

Back then, the issue was a sweeping overhaul of the nation's health care system that Democrats muscled through Congress in March 2010.

Mr. Trump made a pitch Wednesday for the tax plan, laying out how the tax changes would specifically benefit the middle-class families in attendance from Pennsylvania, Ohio, Virginia, Iowa and Washington state. He promised some middle-income Americans would have an extra $2,000 in their pockets if the tax bill passes.

He also claimed it would double the amount of income taxed at a "zero" rate, which he touted for those "who are having it a little bit tough."

The president's speech came as the White House sought to push back against polling suggesting the public views the plan as heavily tilted toward corporations and wealthy Americans. Mr. Trump has asserted that the plan will lower tax rates for individuals and spur job growth, helping American families.

The total amount of tax breaks in the legislation cannot exceed $1.5 trillion over the next decade, under budget rules adopted by the House and Senate. The legislation would add billions to the $20 trillion national debt.

Once the plan is signed into law, workers could start seeing changes in the amount of taxes withheld from their paychecks early next year, lawmakers said -- though taxpayers won't file their 2018 returns until the following year.

In a flurry of last-minute changes, negotiators agreed to cut the top tax rate for individuals from 39.6 percent to 37 percent in a windfall for the richest Americans. The reduction is certain to provide ammunition for Democrats who complain that the tax package is a massive giveaway to corporations and the rich.

The top tax rate currently applies to income above $470,000 for married couples, though lawmakers are completely reworking the tax brackets.

House and Senate negotiators agreed to expand a deduction for state and local taxes to allow individuals to deduct income taxes as well as property taxes. The deduction is valuable to residents in high-tax states like New York, New Jersey and California.

Both the House and Senate bills would have scaled back the deduction for state and local taxes, limiting it to $10,000 in property taxes.

Negotiators also agreed to set the corporate income tax rate at 21 percent. Both the House bill and the Senate bill would have lowered the corporate rate from 35 percent to 20 percent.

Business and conservative groups lobbied hard for the 20 percent corporate rate. Negotiators agreed to bump it up to 21 percent to help offset revenue losses from other tax breaks, the aides said.

Among the other tax breaks, negotiators agreed to eliminate the alternative minimum tax for corporations, a big sticking point for the business community, the aides said. They also agreed to let homeowners deduct interest on the first $750,000 of a new mortgage, down from the current limit of $1 million.

The provision would not affect current mortgages.